It was the cat. I'm almost sure. 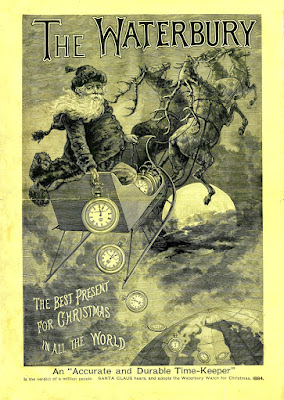 A weird night tonight.  I'm sort of winding down from stress, but I just went into an obsess-athon over true mono vs. the "summed" type.  What would a pure lateral signal sound like when processed properly by a mono cartridge?  Well, my father had a mono cartridge on the family hi-fi set, so if I can think back far enough, I can get my answer.  Buster feels the differences between combined R+L channels and pure mono are too slight to worry about.  Probability favors his view.  I can't see how the differences would be big enough to worry about.

I'm not supposed to go into over-thinking mode when I'm coming down from stress.  And now I can report that I wasn't coming down from stress.  I was going into it.  I should realize by now that my obsess-athons are signs that anxiety is building up. Sometimes, it's hard to tell the difference between moving away and moving toward when it comes to emotions.  At least when your emotions are all over the place like mine.

I don't believe in psychic things, but tonight....  Well, I placed my coffee cup on the stairway landing, went back to the kitchen, then returned.  Btw, Bev once told me that the narrow stairway, which lines up with the front door, was designed for carrying coffins downstairs.  Nothing to do with tonight's experience (far as I know), but I have no reason to doubt her, especially given that the first two rooms of this house were built before Abe became president.

So, I had put my coffee cup down.  Just I was about to grab the cup and start up, the door to the little side studio slammed shut right in front of me.  BAM!  Scared the .... out of me.  I don't believe in ghosts, but apparently my brain possesses one or more modules that do.  Modules have been described to me as "areas" of functioning in the brain.  They're not specific regions--they're stages of cognitive evolution.  My explanation makes perfect sense, right?  Anyway, we humans have at least one module (I doubt there's just one of this type) that just reacts.  It can't be reasoned with.  It's purely reactive.  It can react with fear to the idea of a witch or ghost or whatever, even if we know those things aren't real.

So I opened the shut door slowly, knowing that ghosts don't exist but still fearful I'll be greeted by one.  No ghost.  Just Calvin sitting on the bed looking innocent.  Which, for a cat, means "I just did something naughty."  (The human version is a shrug and a "Who, me?")  Right after the door slammed, Mingo had strolled away like he'd shut it himself, which is impossible for a cat to do from the outside.  Inside, no problem.  So I figure Mingo and Calvin were playing or sparring, and the roly-poly Calvin, who tends to awkwardly slide into things, plowed into the door, knocking it shut.  It's also possible there was enough air pressure difference between the two rooms to have done it, even though no windows were open.  This is an old, old house and not perfectly insulated.  And the necessary gust could easily have come from the area above the Styrofoam ceiling tiles.  That makes the most sense.  We have critters running around up there--probably squirrels, as raccoons would come crashing through.  Where there are unwanted critters, there's an opening for them to get in.

I prefer to think I don't have a poltergeist.  On the other hand, I'm fine with one so long as it doesn't eat my food, wake me up, or break anything valuable.  If it would answer the phone when I'm out, that would be a big help.

Lee
Posted by Lee Hartsfeld at 3:21 AM

I'm sure that this little piece you wrote, Lee, is good enough to be published in any reputable magazine (such as Readers Digest). I think you should submit it to one of them - it's bound to make you some money.

Cats, always the cats. I was thinking the other day that you haven't shown us any pictures of them in a while. How many are you up to now, 50? 60? They multiply fast. :)

just remember: if your cat goes outside and plays in the sand, when it comes back in (it being so close to christmas), it might have sandy claws.

Only nine. Kind of depressing, because we always had big herds. Two are (I hate to put it this way) ready to go, but I'm not taking them in until they stop eating and drinking. With Bev gone, I'm not taking in new cats--unless, of course, a stray shows up and needs a home. We used to have strays show up on a regular basis, but Mingo is the only stray of recent times. I spent six months feeding him in the yard, taming him. He was sweet from the start, but he'd obviously never been in a house. He bonded with me, finally came in, then figured everything out faster than any cat we ever had. He's a kitty Einstein.

I've always had that urban-legend fear of calling my home when no one's there and having a spooky voice answer, "Hellooooooo?"

That's terrific. I've always used "sandy paws" as the pun, but "claws" is far better, of course. Unfortunately, my guys track mud and/or kitty litter. Of course, kitty litter used to be sand. People will ask where cats went before there was kitty litter. Answer: outside.