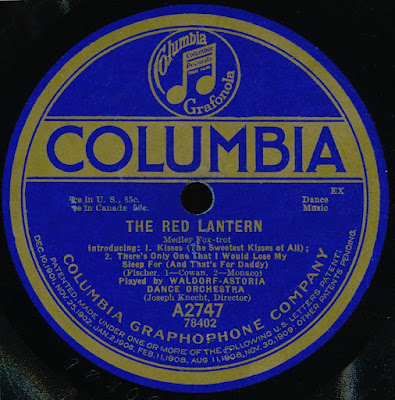 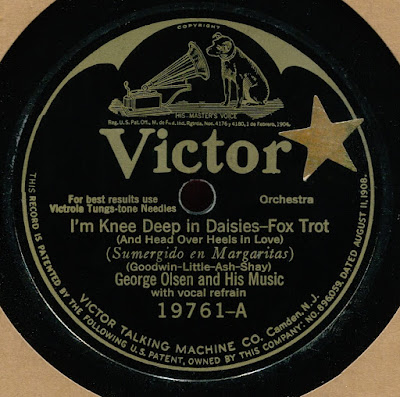 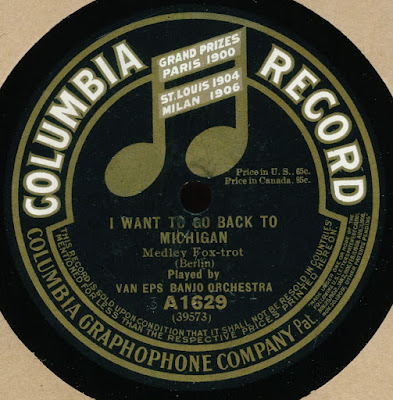 In the midst of all this chaos and complication, I got fourteen 78 restorations done.  Go figure.  I must have lost half of my work on two or three occasions today, yet I recovered each time and kept going.  I'm amazing.  I can't help it.  I just am.  Lesser MAGIX users would have quit and turned on FETV to watch Gunsmoke.  Or is Gunsmoke on INSP?  I can't remember....

My MAGIX program has only blinked out once since Avast was removed.  That's better than five or six times.  And it appears that my PC has been downloading Windows updates for a while--how long, I don't know.  All day, maybe.  All day would actually be possible--my DSL connection is so outrageously slow that 1) it barely qualifies as DSL and 2) it causes updates, especially big ones, to tie up my PC.  The MAGIX-blinking-out issue could well have been connected with the 1898 Windstream internet connection I'm stuck with--all for the crime of living in the country.  When you've got a borrowed zip code, and you have to explain to people that no, you don't actually live in the village listed as your city, then you're lucky to have anything past dial-up.  Oh, how I remember those days.  How I wish I didn't.

So maybe that was it.  At best Buy, the Geek Squad guy brought up the task manager, and we watched the CPU's workload page as I did outrageous things on MAGIX--piling up filters, splicing and re-splicing, etc.  None of my activity came anywhere close to taxing my PC's resources.  So, technically, my PC is way more than able to handle my MAGIX program.  This suggests something else was confusing my HP.  The updates, I'm betting.

Two--yes, two--Walter Donaldson numbers today, including an unforgettable gem called Out of the Dawn.  And a Berlin side (I Want to Go Back to Michigan) played by the (Fred) Van Eps Banjo Orchestra, and I think we can assume the composer is Irving Berlin and not, say, Gerard Berlin.  Whom I've never heard of.  Of the four fabulous Van Eps sides, one is a "Maxixe," which is a dance, of course.  "Bresilienne" tells us it's Brazilian.  (I have a knack for figuring out these things.)  To decipher what the 78 label said, I had to go on line, because the title was rubbed out somehow.   Someone must have missed the spindle hole a record number of times (no pun intended).

Ten of the sides are acoustical, and the remaining four are electrical.  Microphone recordings, that is.  The date span is impressive--1905-1929--even if the list is fairly short.  The 1905 disc is the Columbia Band performing Neil Moret's incredibly charming Silver Heels, which is obviously one of Neil's Indian songs.  Makes a marvelous instrumental, and the fidelity is awfully good for 114 years ago.  Neil returns as composer in 1929's She's Funny That Way.

I know nothing about The Red Lantern, which must have been a....  No, wait a minute.  Wikipedia to the rescue.  A silent film about a half-Chinese, half-Caucasian woman convinced to impersonate the Goddess of the Red Lantern, and... wow.  Every silent flick about Chinese people ended in tragedy, it seems like.  So why is the music so happy?  All I know is that I've loved the side since I first listened to it.  The Waldorf-Astoria Orchestra, 1919.

Lots of great stuff.  So I had to do some of the work three times over.  Big deal.  I didn't complain once.  Ranted, yes,

Posted by Lee Hartsfeld at 8:02 AM

...and the earworm du jour is "Lullaby Lilla boy, Louisville Lou." I usually wait 'til December to start obsessing on that!

Gerard Berlin, didn't he write that rarely-heard chestnut Purple Chanukkah? At least I always thought that was him...

Your restorations are wonderful. If you make the chaos and confusion inspire more, please do. And these for these.

That post of the 78`s were fantastic. Simply AWESOME as all of the things you post are.

Thanks, everyone! Your comments are much appreciated.

Took me a minute to get Purple Chanukkah....

Your kind words help a lot as I struggle with this PC. Never had this many PC issues at once before....