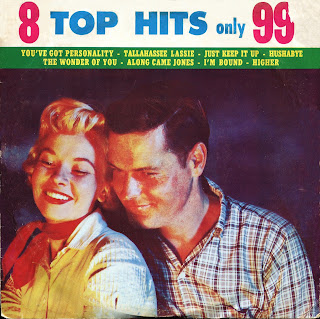 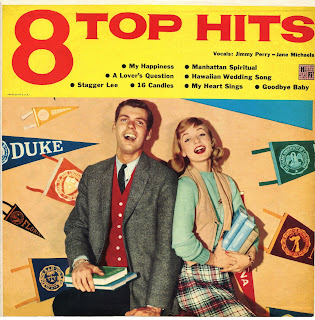 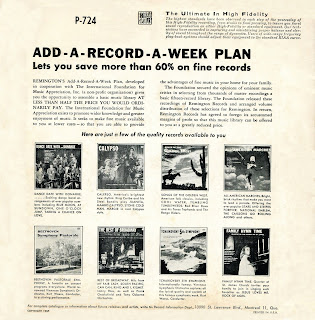 It's cabin fever.  The polar vortex has left this area, though the few minutes I spent outside just now were cold.  I didn't realize how cold until I'd gotten back inside.  My fingers were already numb.  Good thing it was a short trip.  Mail, a little shoveling, clearing off the car, starting it.  That was enough.  Glad I'm not one of those macho idiots who go, "Hey, this isn't so bad," shovel the entire drive, then drop dead.  Sure, the drive is shoveled, but you're dead.

Thanks to cabin fever, my thoughts are scrambled to a crazy degree.  Typically, I write my posts in a sort of stream of consciousness way, revising afterwards, adding some, cutting more.  I'll do a little revising after I've posted, typically because I forgot to include a detail or else I thought one word and typed another.  But this is my fourth revamping of this post.  That never happens.  Unless I've been stuck inside for five days by a polar vortex.  Couple nights back, my PC refused to restart.  I was able to pick a restore point, so all is good.  For now.  But, post-restoration, my free Avast antivirus acted up.  It was turned on, but my PC kept telling me to turn it on.  I had, but no dice.  So I chose the "repair" option for Avast, and it worked.  And Avast defaulted to its most punitive scanning modes (below its OWN recommended settings!!), pretty much making it impossible for me to actually use my PC.  Now, call me demanding, but I like being able to use my PC.  To my amazement, fixing the settings was easy as pie, so my PC has returned from 1898 to something closer to 2019.  And my Windows Live Mail is working again.  Avast had things so slowed down, the email servers were simply quitting.  On top of all the polar vortex fun, I didn't NEED this kind of excitement.  Segue alert....

But we need Eight Top Hits.  And we get them times two, for a total of... um... twenty.  No, seventeen.  No, nineteen.  Well, whatever.  And now I get to write about them for the fourth time, though, for you, it'll only be the first.  Both are 10-inch Canadian fake-hits LPs, though Americans were involved.  I have to note this, because I can't put the full blame on our friends up north.  Nothing wrong with the music--these are good covers, and surprisingly so--but the packaging, in both cases, is painful, if in slightly different ways.  The first 8 Top Hits (with the over-saturated cover photo and the "only 99") has a cover that's more like a sleeve, and it identifies itself as a product of the Record Corporation of America--namely, the fake RCA, the one headed by Eli Oberstein.  Only I think this comes from the time when RCA was bought up.  Anyway, the back cover gives an ad for the Halo label, and Ultraphonic is named as the distributors.  So, of course, the labels themselves say Allegro Elite.  And they're titled Tops in Pops.  Yet another example of how these junk labels saved money on quality control by not having any.  The tracks, however, while slightly rough, are well done, Tallahassee Lassie in particular.  Pressing is abominable, with a scraping sound throughout that I was mostly able to hide during the fade-outs.  It doesn't register during the tracks.  Evidently unable to come up with two more "top" hits, they stuck on two very loud gospel tracks having nothing to do with anything, but which had me having to change the input volume.  Same with Along Came Jones, which is louder than the rest.

Can't believe the uncredited artists put this much into these performances.  Why did they?  It's not like their work was going to end up in cyberspace in 2019 or anything.

The second 8 Top Hits is ostensibly on the Remington label, but the labels are Plymouth (part of the same group), so we have another, though less severe, data collision going.  More care taken with the cover, but do yourself a favor and don't dwell on it.  It's amusingly campy, but if you stare at those two youngsters too long, they start looking like poorly lit and awkwardly posed mannequins.  I'm serious--the longer you look at them, the less they look like actual people.  I hope to Heaven they weren't forced to hold those expressions to the point that losing them took months or years.  And the tracks are more carefully performed and way better recorded, with 16 Candles taking the cake (ha-yuk-yuk!), easily surpassing the real version simply by being in tune.  The original has the background voices straying like they'd been paid to.

THE feature of the LP, however, is the die-from-laughter hilarious "ADD-A-RECORD-A-WEEK PLAN" gimmick on the back cover.  Good Lord.  Now, I'm sure it's an ancient corporate tactic to take something bad and hype it as good--a form of lying, and a pretty basic form, at that.  Think of all the times companies elect to "serve us better" by cutting their staffs, for example.  Bad thing hyped as a good thing.  Standard procedure.  And so we have cut-rate discs pretending to provide advantages to their buyers that those mere legit labels can't hope to give them--savings being the most obvious example.  Pay less, get less.  Makes sense.  But Remington takes things to unreal levels, describing an outfit called the "International Foundation for Music Appreciation, Inc." which, in cooperation with Remington (which is forgoing its "accustomed margins of profit," which must amount to pennies, or even dimes), has selected "from thousands of master recordings a basic fifteen-record library."  "Eminent music critics" sampling "thousands of master recordings"?  Master recordings which happened to include 16 Candles and Stagger Lee?  Really?  Here's my best guess--Remington didn't expect anyone to actually read the back print, so they simply had a ball with it, making up stuff Weekly World News-style.  Just say any kind of bull-hockey, and keep the claims fuzzy enough that, in the highly unlikely event someone demands the names of the eminent music critics or asks to see any of the thousands of masters, you can dodge with some convenient lie.  "Um, we lost them."  Maybe they kept an eminent music critic or two on hand for such an event.

My Plymouth label scans suck, because the labels are the type with the light-reflecting lettering, but I made them readable.

Sometimes, when I go back to look at and edit things I write, I think it's more stream-of-UNconscious writing. But many times that produces my funniest stuff.

Add a record a week. I used to add a record or two a day when I was younger and bitten hard by the bug. And now I go to Goodwill, look through 200 LPs and might find one I either don't have or need a cleaner copy of.

And maybe the gospel tunes are thrown in as penance for what they've already pressed on that platter.

Cheers, Lee, and thank you for another enjoyable and entertaining edition!

Yeah, the second LP cover has that frozen look typically induced by a direct strobe light hit. The couple on the first cover looks like they are too close to the campfire.

The second LP is more likely 1958, with the inclusion of 16 Candles.

I agree--it has to be at least 1958. And on line it says "Manhattan Spiritual" was 1959, so I'm all confused now. As if reading through the back jacket prose on the Remington LP hadn't already had me forgetting my own name, place of birth, and planet. What day is this? Who am I?

You have nothing to lose. But your mind. Download. Now. It is your destiny (echo: destiny, destiny....).

I like your theory on the gospel tracks! But it probably didn't work. They were darned from the moment they went into the fake-hits racket. "Darned," of course, is the lighter version of "damned." It's when you've done something pretty bad but not awful....

I don't even know how I ended up here, but I thought this post was great.
I don't know who you are but definitely you are going to a famous
blogger if you are not already ;) Cheers!

Did the Weekly World News ever produce records? If not, why not? I would pay big bucks (okay, maybe not bucks, but cents) to hear the vocal stylings of Bat Boy.

Ha! Well, MAD magazine produced records, so WWN should have. But they didn't seem inclined toward extending their basic product. God, I loved that paper. My all-time favorite headline was "Godzilla Ruined My Marriage." If I could have gotten that on a T-shirt, I'd have gone for it.

And, come to think of it, WWN did offer T-shirts, so they did, in fact, do some paper-related products. But records, I don't think so. Could be wrong. I never am, but I say that to sound humble.