Fakes in a Row: Why Do Fools Fall in Love, Hound Dog, more! 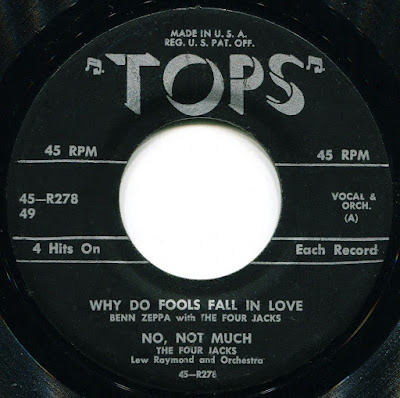 Collect cheap knock-offs long enough, and, before you know it, you have at least five versions of Why Do Fools Fall in Love and at least six Hound Dogs.  You're not fully aware of it until the multiple fakes have piled up--the process seems to be happening on its own.  And what's the proper term for multiple fakes?  Covers of covers?  Dupes of dupes?  "Different fakes" almost has no meaning.   But that's what we're talking about here.  Or what I'm talking about, anyway.

It's cool in a weird way, and weird in a cool way to hear multiple Why Do Fools..., Jailhouse Rocks, and See You Later...s in a row, as I have them lined up here.  I think so, at least.  Distinguishing one fake from another is pretty easy most of the time.  A big exception is the Broadway/Value Hit Parade/Royale version of Why Do Fools..., which sounds a lot like the Hollywood Records version--until you realize the vocalists are different, despite the very similar (and, possibly, identical) arrangement.

These rows of fakes are a surprise to me, as they blast out of the water a theory I've been toting around and preaching--namely, that after about 1955, and with the exception of the Bell and Waldorf labels (both of which did their own, label-specific versions), the cheapos were relying on two outfits for their masters, which would neatly account for the label group-hopping that sometimes occurred (Tops/Prom, Broadway/Royale, etc.).  This is how it seemed to me.  But history refuses to happen in a neat, ordered fashion.  Oh, well.  Theories come and go.  If you're lucky, they hold up.  If you're not, then it's a teachable moment, or whatever the phrase is.

Is it easy to get mixed up when preparing a post like this?  Try not getting mixed up, especially when you're ripping and declicking things from one program to another.  And especially when, in addition to sometimes five or six different "fakes" of a single song, you have multiple editions of a given fake.  People have ended up in a straitjacket over less.  But not me.  I'm sane!!  Ha, ha, ha!  I'm sane!  They won't come take ME away!  Hee, heee!

I hear the sirens.  Better hurry up and download.  If you think you're hearing double, triple, or quadruple, don't worry.  With this playlist, you are. 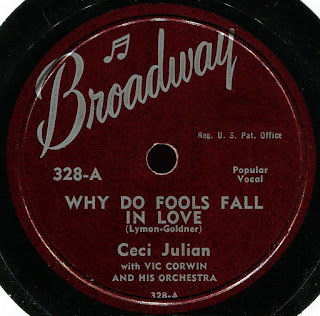 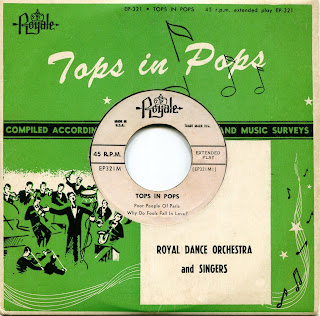 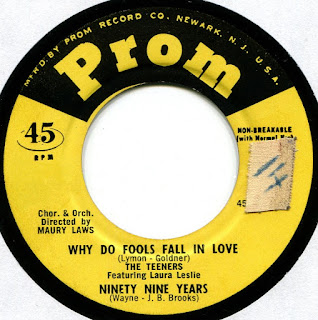 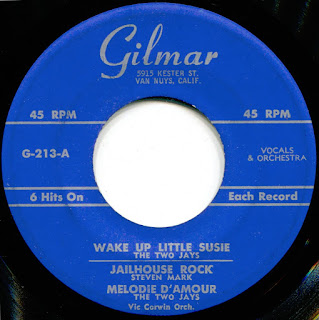 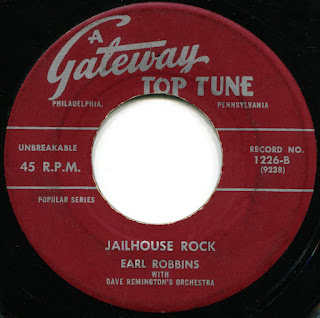 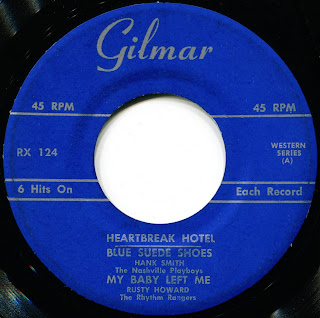 Lee, enjoy your time in a straightjacket. It's relaxing! :)

I see you have the usual suspects here, and then some. Benn Zeppa? Eli Whitney? - although I think he has wandered out of the cotton fields before.

I am afraid that listening to multiple versions of Jailhouse (Jail House) Rock will break whatever spirit I have left.

Thanks. The Barker and Scott identifications are correct--don't know how I missed the Barker.

That may very well be Jimmy Breedlove on "Hound Dog," but what is the source for that info? And there are at least two errors in the Discogs listing--"Rock Around the House" is not the Gateway Dick Warren version--it's the version that appeared on Prom and was credited to Gabe Drake, and on (Popular) Extended Play Records, minus a credit. And "Ain't That a Shame" is not the Art Rouse Gateway side (titled "Ain't It a Shame" on my 45 rpm copy), either. I added Barker and Scott, but I'd need more evidence for Breedlove.

I wrote in my notes that the Hollywood LP-31 "I Want You, I Need You..." is the same as the Value Hit Parade version, but I can't find the VHP at the moment. I must have gotten swallowed up in my stacks.

And it's going to drive me nuts until I find my (ironically titled) Value Hit Parade "I Want You..." I know I had it at hand a few days ago.

Thanks for the corrections

The Royale EP tracks are Broadway Records material. A1 is Kenneth Wayne & Orchestra. A2 is Ceci Julian.

Could you please you tell me what tracks B1 and B2 are.

Value Hit Parade Tunes is an EP label issued by Broadway Records and is music from the Broadway two track singles.

I and two other collectors have been building a discography on Broadway records and all of the music appearances. The stuff is all over the place.

I've been saying for a while now that Value HPT was a sublabel of Broadway. As you probably know, their LP issues use the exact same back cover design.

Yes, A2 definitely sounds like Ceci Julian. I will want to do a closer listen, though. I didn't have room to list all the issues I'd found of a given track--it cluttered things up too much! B1 and B2 are Tutti Frutti and Eleventh Hour Melody. I have the latter on Broadway, so it's useful to learn it's also the Royale track.

I think I'd figured out the Broadway/Eli Oberstein connection, or was starting to--not sure. I don't have the sense to note my discoveries, so I have to rely on my lousy memory! Thanks for the info.