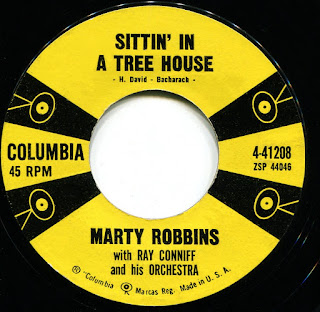 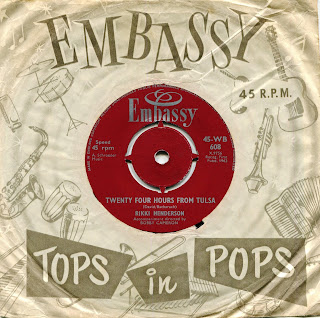 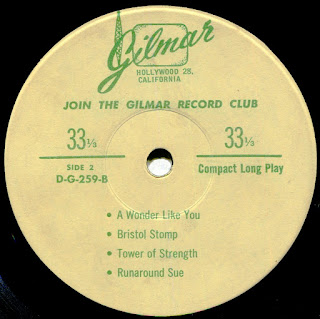 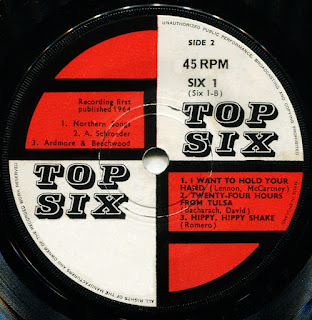 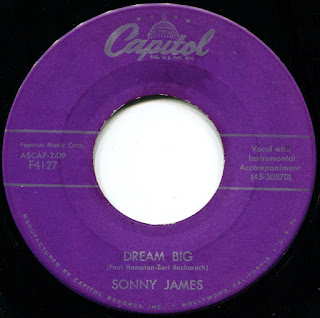 Burt is back!  Twenty-two less common Burt selections today, starting with My Little Red Book, as recorded by Burt himself for the Kapp label, with Tony Middleton singing.  The song, you may know, was a punk/garage hit in 1966 for the Los Angeles band Love, which kept the killer rhythms but greatly simplified the song structure, using the I-to-#I-then-back-to-I routine that makes things sound exotic.  Misirlou-ish, if you will.  I think I read that Burt was not amused, but don't quote me.  Anyway, Burt's version, not surprisingly, presents the song as written.  Singer Middleton, who's black, sounds like Tom Jones, who made a living sounding black.  It's a weird world we live in.  Meanwhile, Shani Wallis' overdone The Look of Love is a favorite of mine, maybe because Shani is so good, which she certainly is.  And maybe because I admire anyone who can manage to be heard over a background that loud.  Shani is still with us, at 86.

The Swedish group Gals and Pals give us a fascinating version of Close, which we already heard in its original version by Keely Smith.  This one is over the top in a cool sort of way.  Alfie is a surprise--a quality version, credited to no one, from the trash label Premier.  This Empty Place, not my favorite Burt-Hal, is handled well by the Fortunes, though I like the Ian and the Zodiacs version better, in part because of its faster tempo, which seems more correct for this tune. But this one is fine enough.  And if you can imagine a version of Promises, Promises by Al Hirt, imagine no longer--it's here.  Al's performance is a bit too academic, if that makes any sense--it lacks the required looseness.  But it's Al Hirt playing Burt, so I had to include it.  A Salute to Bacharach is a medley by the The Kids from Wisconsin, who you can find out about on line--they're still performing.  But I'll let you do the searching--at the moment, I'm not in the mood for one "We see you're using an ad-blocker" message after another.  Then a gorgeous version of Ten Times Forever More by Eddy Arnold, and two UK fake-hit versions of Twenty Four Hours from Tulsa, one by Rikki Henderson on Embassy, the budget label of the UK Woolworths, which folks called "Woolies" when I was stationed in Scotland.  The other is by an uncredited singer on the Top Six label.  Sure enough, there are six tracks on the single.

The fake-hit Tower of Strength on Gilmar is also uncredited, and since, in my experience, Gilmar released Tops and Broadway tracks, Ill guess Tops.  It's almost scary in its excellence, and I could probably swap it for the original without anyone noticing.  Maybe it arrived here from an alternate universe.  And a black gospel version of What the World Needs Now, a Burt song that enjoyed a fair number of gospel treatments, and Sittin' in a Tree House, a silly 1958 number for Marty Robbins which uses sped-up voices on the "little tree house" part.  It has the usual Ray Conniff-production whistling, which I believe (not sure) was usually done by Ray himself.  And we get a fake, uncredited version of Only Love Can Break a Heart from the LP, This Month's Top 16 Hits, courtesy of Canada's Allied Record Corp.  My Windows 10 player tells me F.T. Smith composed the number, which is news to me and Burt.  I wish the player would simply display the data I entered.

Petula Clark's terrific True Love Never Runs Smooth makes it a shame she didn't do more Burt-Hal during her heyday, which she didn't, far as I can tell.  It's not fair.  And, to likely no one's surprise, Gene Pitney's Little Betty Falling Star is superior to George Hamilton's single.  Say Goodbye is a nice number, and Pat Boone does well with it.  Tom Jones, Julie Rodgers (in fake stereo), the Johnny Mann Singers and Sonny James complete the fun.

All songs by Bacharach-David unless otherwise indicated:

Posted by Lee Hartsfeld at 9:42 AM

As always, many thanks for these gems! I see two of your great enthusiasms - Burt and fake hits - collide in this collection.

Thanks for not using zippyshare.

Ooh, been waiting for this one. Thanks!

When I see your great posts like this it makes me like most modern dreck-that-is-sold-as-music even less. When you realize there was a time when you could have a recording of a Bacharach song, performed by Marty Robbins, backed by Ray Conniff...simply wow. Loved the Shani Walls cover for years.

And a black singer who sounds like a white singer whose success was tied to sounding black...only at MY(P)WHAPE. ONLY here.

Cheers to you for another superb compilation, Lee.

Thank you. Another musical treat; hope you can stretch it to another volume, or three.

That's a lot of great stuff in one tidy package!

Hi Lee! I found that my spam comments disappeared when I turned off my email notifications. Thank you for all you do!!