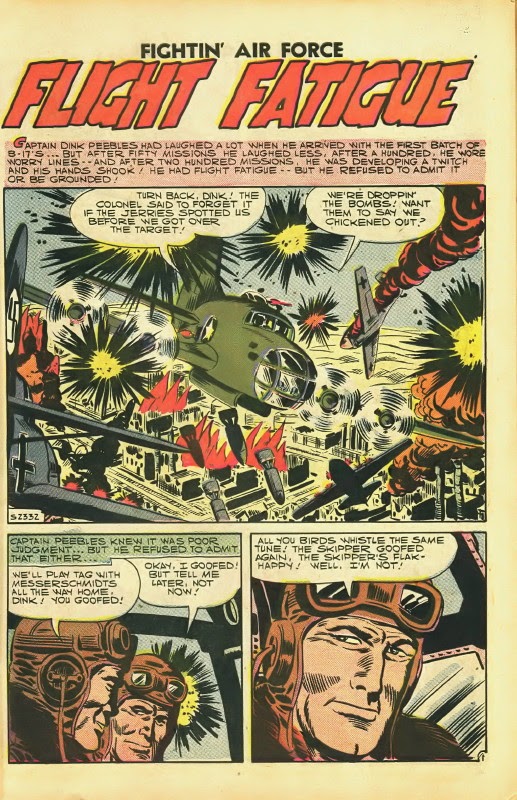 One of my favorite Bill Molno splash pages, from a March, 1958 Charlton Fightin' Air Force comic.  Molno likely did his own inks for this one.  Looks like it, anyway.

Yes, nowadays I read war comics, mostly musty Charltons (Army War Heroes, Battlefield Action, Fightin' Navy, War at Sea, and so on).  I love the art, and the stories are fun so long as you accept them as good-guys-vs.-bad-guys wish-fulfillment fare and refrain from reading too much political meaning into them.  They were for young male readers in search of a lot of Taka Taka!  Budda! Budda! and Vooosh!  (I think that's how "Vooosh" was spelled.)  It's hard to logically fault the war comics of my youth for being 1) one-dimensional, 2) pro-U.S., or 3) not very dovish.  People died in them.  Things blew up.  Nazis and "Commies" were depicted in a less than favorable light.  Macho behavior abounded.  Everything was over in about five or six pages, counting the "splash."  At Charlton, the close of a piece was marked by "End."  They saved money by leaving out the "The."

Posted by Lee Hartsfeld at 3:02 AM No comments: 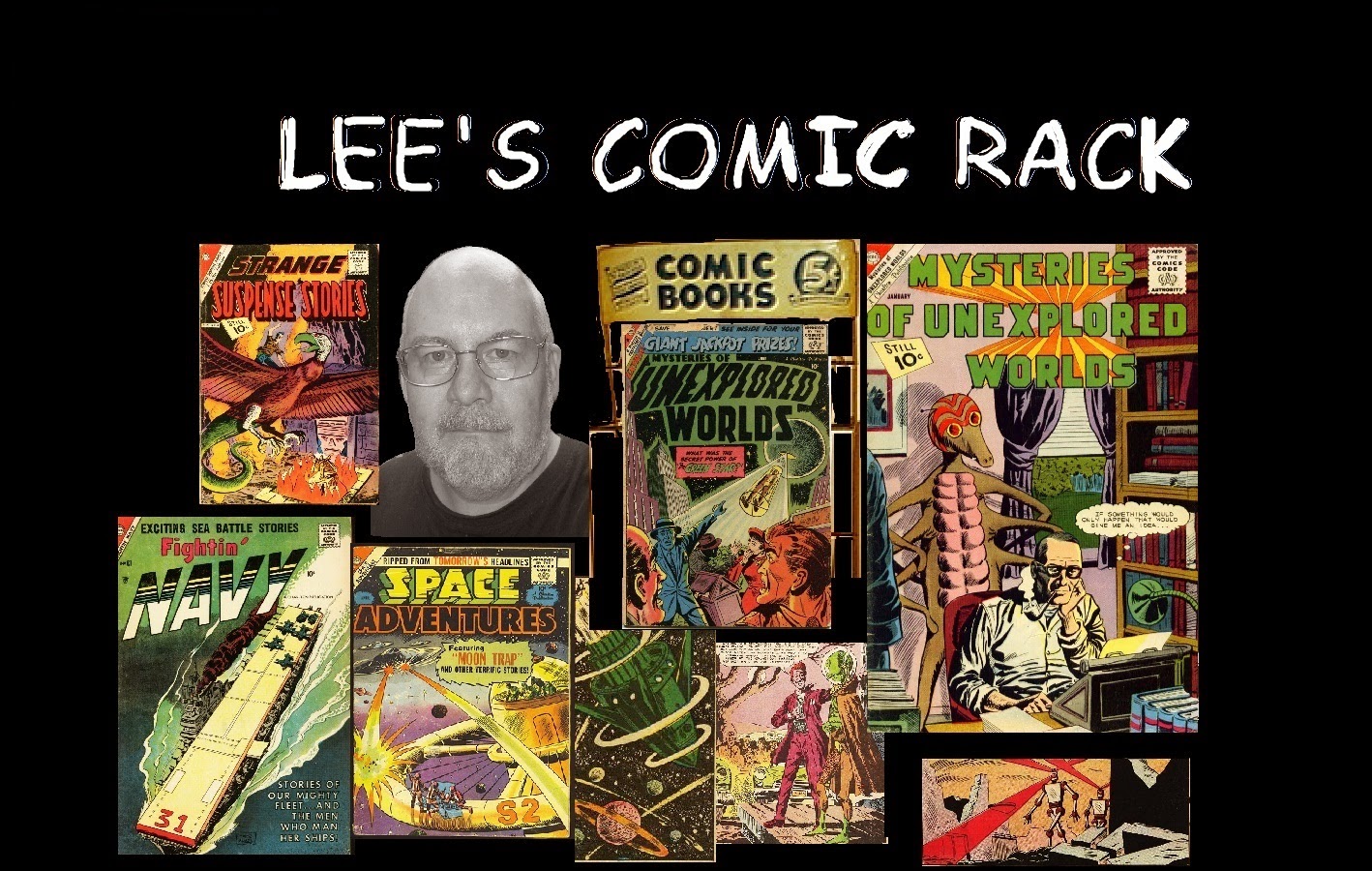 Lots of cool articles and scans to come, so bear with my less-than-compelling intro piece in which I describe my comic-collecting childhood.  Problem is, my memories are quite spotty, so it's necessarily a short and fuzzy essay....  Lee's Comic Rack--Logo and first post .

The only new memory in the meantime is circa 1966--it features me running out of the drugstore across the street from our house (my main comic book source) after one of the employees said (in a "You know better than that" tone), "You know better than that."  Knew better than what?  I don't know, and I didn't then, either, but I figured it was time to depart the premises.  Maybe she was scolding me for loitering.  I'd been looking at comics from the spinning comic rack, but that's the first time anyone gave me a hard time for doing so.  I remember wondering if this was it.  Were my comic sampling days over?  They weren't.

Hopefully, there are some less mundane reminiscences waiting to surface. If not, I can always make up a few.

A great Newsday piece by Christmas on Television author Diane Werts--the link is to its appearance in the Columbus (Ohio) Dispatch:

I agree with every word of the piece.  And she knows the dirty details.  I, on the other hand, can't keep track of precisely which cable dreck is showing where; I just know that cable is no longer a place where the name of a channel (History, Animal Planet, Learning, Science) gives the viewer much heads-up on its content.  Memory tells me that Syfy was the pioneer in channel-concept betrayal, showing at least as much horror porn in its early days as science fiction.  It led the way by not even attempting to hew to its declared niche in the first place.  Anyway, I'm going to check the Sewing Machine Repair Channel--I believe they're having a "Best of Big-Time Wresting" marathon.  Or is that the Puppy Channel?  Ice Cream Central?

See, I can't keep track of this stuff for trying.


Lee
Posted by Lee Hartsfeld at 4:56 AM No comments: 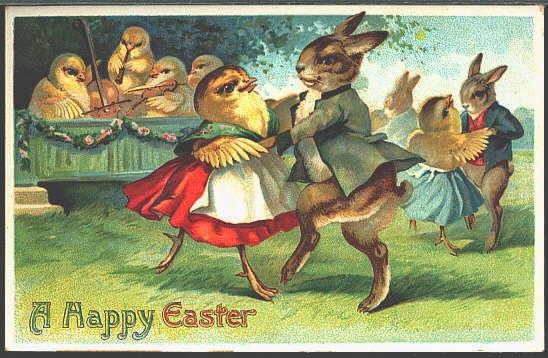 Easter, in its modern form on the left, is a day on which people who hew to pre-19th-century concepts of math, science, and reason trash people of faith for (among other sins) not being as enlightened as they are.  What if there's truth to that charge?  What if, in fact, I'm even less enlightened than people whose concept of "science" was becoming old hat even as Jefferson was taking office?  Yikes.

Science, reason, and all the other nouns on which the "reality-based" community "bases" its views, have long since revealed themselves to be methods first, and philosophies second, if at all.  There was a time when science and/or reason might have described a mindset or served as a basis on which to say "no" to superstition and "yes" to the truths about nature, but that was more like 1742 than 2014.  Here's to 2014--Easter 2014, to be precise.

This is me, playing my Casio WK-3800.  The superb piano and church organ sounds are Casio's; the nimble fingers belong to me.  The tune dates back to 1708, a year in which "basing" things on logic, science, and reason might have made sense as a philosophical option.  Then came the 19th century. 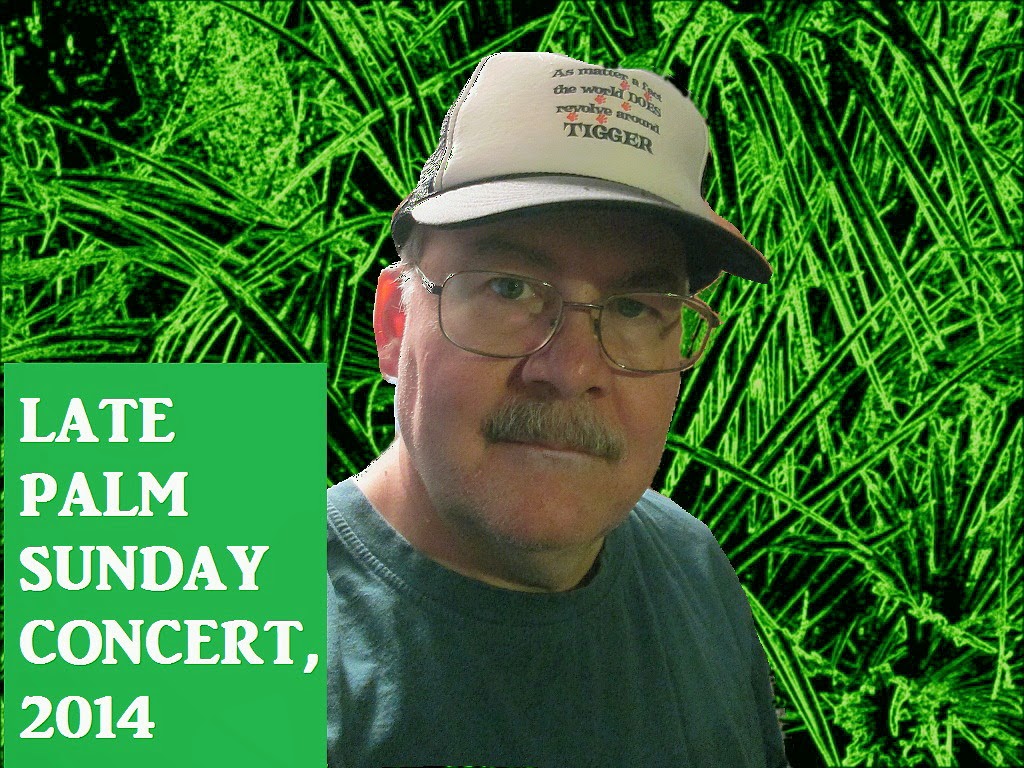 Welcome to the annual Late Palm Sunday Concert.  Tonight, me at the Casio WK-3800, as always, and with three Palm Sunday tunes (hymn titles in parentheses):

Sheet music courtesy of the great Cyber Hymnal, as in the real Cyber Hymnal, which can be found here: Cyber Hymnal.  Unfortunately, they were domain-name-swiped a while back, so now they show up, url-wise, as Hymntime.  Always check to see if you're at the real place or the facsimile.

I got an answer. Wow.

4shared instructed me on how to deactivate my account.  I did.

I received this notice:  "Your account has been deleted but we will keep your files for 30 days in case you reconsider.  You can reactivate your account at any time within 30 days by logging back in.  Hopefully, you will return to using our service." 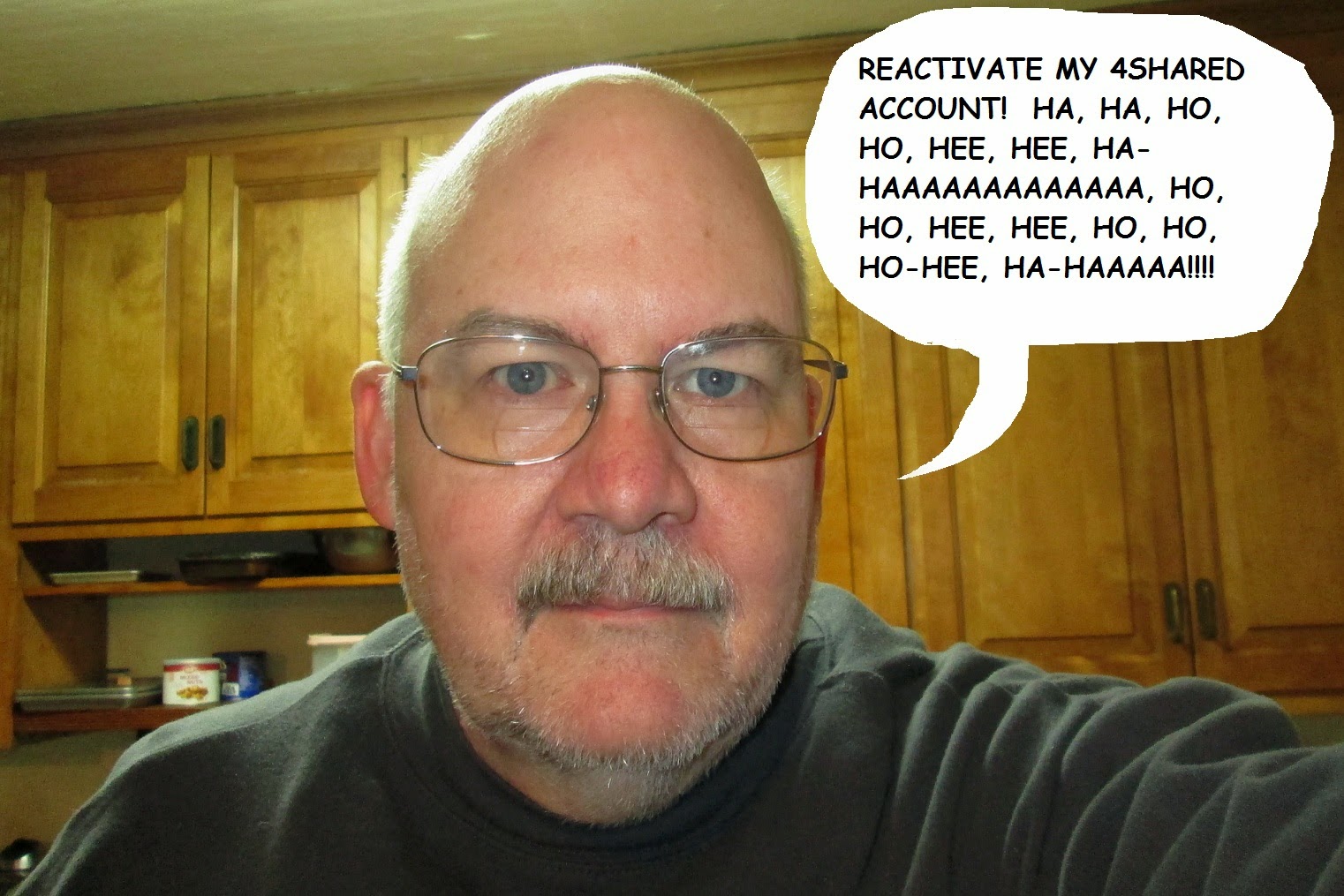 Absurd ain't even the word

I haven't been linking to anything at my 4shared account, yet I got a second nastygram informing me that my Granville Elementary School Christmas concert post (1964) is infringing on someone's copyright.  You can't make this stuff up, you really can't.

I deleted all files from my account and asked them to close/undo my account--probably to no avail, since it would require that someone read my note and respond in a manner consistent with its content.  You don't get that kind of personal service in Internet Land.  Anyway, I told them (quote): "I don't want to get a volation notice for any molecules still residing there."  Don't laugh.  It's entirely within the realm of possibility.

A 1964 Granville Elementary Christmas concert--wow.  Someone was losing his or her shirt over my long-unlinked-to post.  You'll recall that my first form-letter nastygram from 4Shared concerned a playlist that included (brace yourself) a 1950 Merv Griffin Christmas disc.  I think I've got it--Somebody holds the patent to "Christmas"!  The word, I mean.

And it's probably the Freedom from Religion Foundation.  They're more obsessed with the holiday than anyone else I know.

Anyway, 4Shared is the single most ludicrous and abusive experience of my Internet time.  Their pages are abominably badly laid out, causing confusion (and bucku pop up ads) for anyone trying to download anything from them, and you're pretty much screwed if you, say, upload anything.  In other words, if you use the service as designed.  This is pretty much the rule with 21st century technology--use it, and you're in violation of something.  Yeah, well, how come the INVENTORS of said technology aren't getting the notices?  I didn't create the dang Internet; I'm just using it.

This crap started with audio technology of the Sixties (buy an expensive tape deck, but don't tape anything!!!), progressing to the nameless idiocy of the VCR era, wherein units designed to tape stuff off of TV were not to be used for taping stuff off of TV.  At this rate, technology as we know it will implode and cease to exist, because we'll have designed it solely to not be used.  It's unreal.

Ah, all the amazing new devices and apps.  But don't you dare USE them, naughty consumers!

So, if you hate yourself a lot, go sign up for a 4Shared (or is it 4shared) "account."  Or, better yet, sign up your worst enemies.