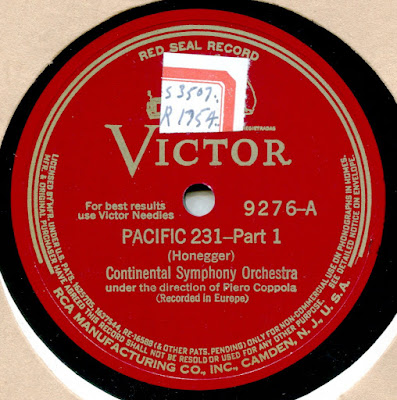 I recently bought this 78 from eBay, and I was astonished to find it in such fine shape--I wonder if this copy had ever been touched by a needle before I placed my Stanton stylus on it.  A 1927 Classical 78 requiring no noise filtering, extensive or otherwise?  Had to encounter such a thing to believe it.

That reminds me--I need to leave rave feedback for this.

If you're not familiar with Arthur Honegger's 1923 Pacific 231, you will be after you listen to this.  (Cha-dunk, crash!)  Now, this superb 1927 performance is either the premier recording of the work, or the second one.  Most sources tell me it's the first, but I just found a Gramophone review which reports the existence of a "late acoustic" French recording made by the composer in France with the Pasdeloup Orchestra.  So, I don't know.

Even if you weren't aware that Pacific 231 refers to a train, you'd know after about half a minute--though, oddly enough, the train title was an afterthought on Honegger's part.  The chief gimmick of this remarkable piece is that the tempo actually gets slower as the rhythmic figures (pick one) 1) get faster or, at least 2) seem to get faster.  He creates the impression of speed while, in fact, slowing things down.  Awesome.

If 231 sounds like a serial (atonal) piece to you, you're not alone--it sounds like one to me, too.  But the general verdict on 231 says no--highly dissonant, yes, but not atonal.  Being without a Berklee degree, I won't attempt to argue with that.  But it sure has a serial feel to it, perhaps because the key is jumping around constantly.  231 lurches, rattles, and jerks, but the chaotic action is perfectly contained by the relentless forward momentum.  That forward thrust is the glue that holds 231 together.  (So my ears insist. They might be hyping things a little bit.)

Brilliant fidelity for 1927.  Just amazing.  I've seen this recording panned on those grounds, and I don't know what said critics are smoking.  This is superbly recorded, and the performance is exemplary.  I love the way they race through this!

To the tracks: Pacific 231 (Honegger)

Continental Symphony Orchestra, under the direction of Piero Coppola, 1927.  Ripped and restored by Lee Hartsfeld (Hey, I know that guy!). 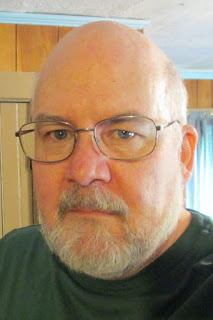 I have 51 minutes before it's no longer Sunday morning, so... to the notes.  For today's Sunday morning concert, some less familiar sacred tunes--though, if you're from Austria or Germany, the melody to The Lord Is My Shepherd melody should be anything but unfamiliar.  And I have no idea what I just typed.  Little sleep, lots of caffeine--that describes my state as I type this.

Anyway, the tune is Thomas Koschat's 19th century hit, Verlassen bin i.  If you've always wanted to hear it sung in a male a cappella version in the mountains, want no more: Verlassen bin i 2003.  It takes guts to put my own rendition next to this one, but no one ever said I lacked guts.  Of course, just because no one said it doesn't make it not true.

I was trying for a weirder sound on O Happy Home, but the one I got isn't too shabby.  It just needed more reverb.  Here's a nice alternate tune, by Felix Mendelssohn, to the O Happy Home text: O Happy Home.  You'll notice the pianist in the video plays with more pianistic feeling than I do--at some point, I decided that hymns work best when counted strictly.  Besides, strict counting helps a lot when you're piling up tracks.

And there's the fact I'm playing a sampled piano and not a real one.  (I'm a pro at making excuses.)

O Holy City, Seen of John is one of the coolest hymn tunes I've ever pulled out of a hymnal.  For some reason, I want to race through it, but I made myself slow down a spell, especially this morning when I played it for our offertory.

Today's prayer: For some approximation of spring to return. 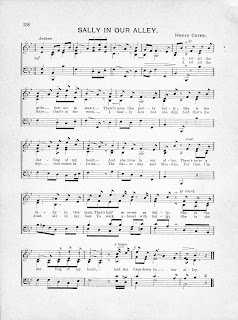 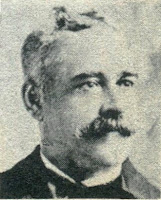 Lee
Posted by Lee Hartsfeld at 6:49 PM No comments:

The winds have been whipping up around these parts.... 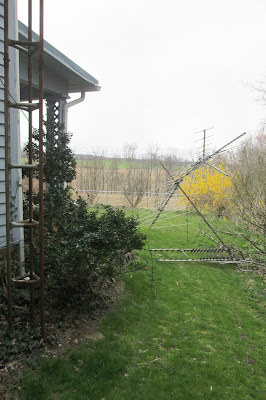 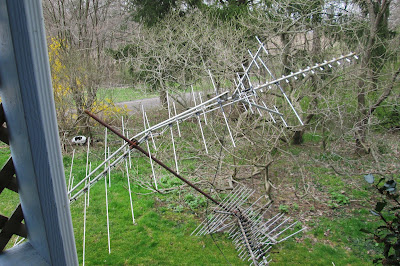 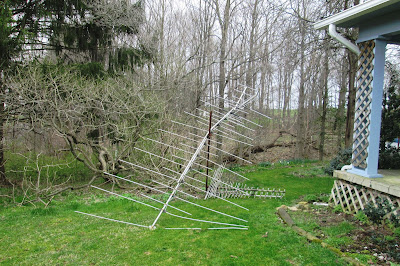 Bev (from her bedroom): Antenna's down!

Me (sleeping in chair): What?

Took a moment to sink in.  Yes, our 40-plus-year-old antenna is no more.  Or, rather, it's no longer in the shape it was--felled, at long last, by strong winds and gravity.  I took some photos, bent and flattened it (to make it less aerodynamic), and hauled it to our trash center in back.

Bev heard the crash, but I didn't.  Oh, well.  It survived the digital broadcasting switchover, only to perish in a gust.  As used as we are to satellite TV, we'll miss the old aerial.  Or not....