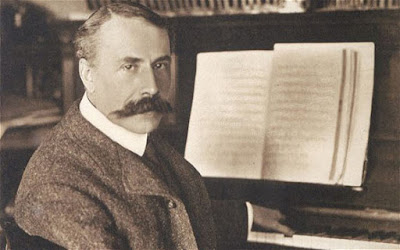 "And this is your standard boogie-woogie left hand in octaves...."


I opened up the high end on the 1926 Chicago Symphony recording of Pomp and Circumstance, and I think that was the thing to do:

I don't recall labeling the file "pomp and c.," but I must have, because that's how it displays.  I was probably dozing off at the PC.


Lee
Posted by Lee Hartsfeld at 1:45 PM No comments: 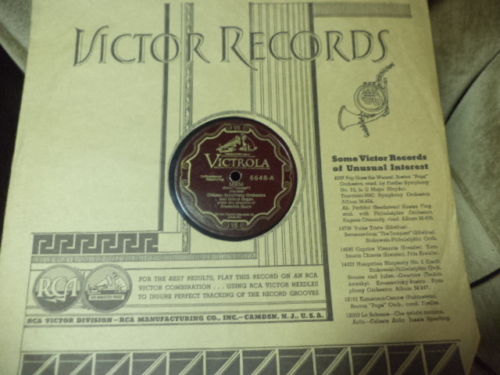 
Posted by Lee Hartsfeld at 2:38 AM No comments: 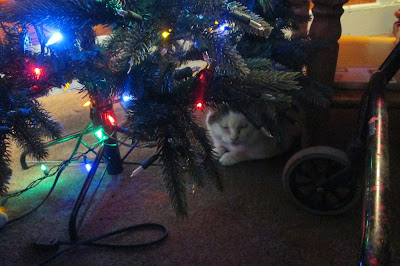 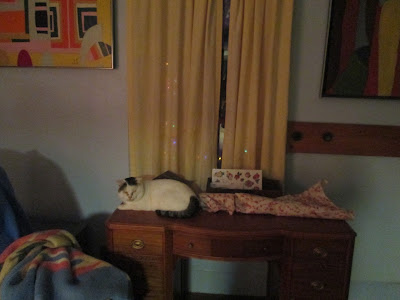 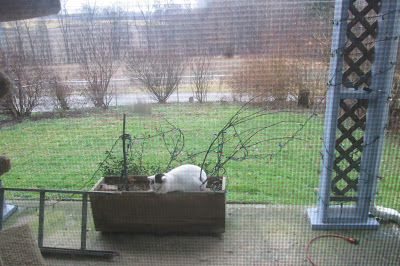 When cats aren't napping, they're 1) eating, 2) playing, or 3) closely monitoring their people in the kitchen or at the dining table.

Our Christmas tree is our first artificial one, ever, and it looks uncannily like the real thing.  Except it doesn't need water, doesn't shed, and has a trunk the width of an umbrella handle.

Lee
Posted by Lee Hartsfeld at 2:37 AM No comments:

Meanwhile, I seem to have "found" my beloved Batman ring of 1966 (the Adam West series was huge that year)--a gumball machine charm that cost me a whole quarter.  It was rubber, and it was much larger than the mundane ten-cent Batman ring that everyone, including me, owned, and I wanted it.  Once I got my hands on two bits, I ran to the drug store across from my house, stuck my coin in the machine, turned the handle, and out dropped.... 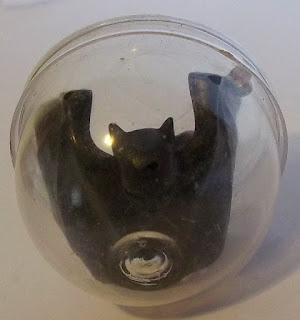 At least, I think this is that.  I'm more than 90 percent sure, anyway--I'd have to see it stretched out, but it looks like the rubber ring I owned.  The big problem is the keychain (?) that comes with it--I don't remember any such adornment.  Anyway, it's very cool, but not $20 cool.  And besides, if I bought it, all I'd do is stick it someplace, where it would sit, unused and unloved, cursing eBay with its last breath for doing this to it.

Okay, there's another ad for the same thing, and this view convinces me it's the one (except for that dang keychain): 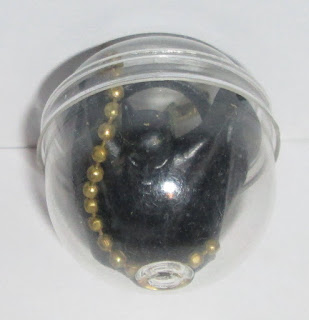 Besides, I'm sure it no longer fits.


Posted by Lee Hartsfeld at 7:31 AM No comments: 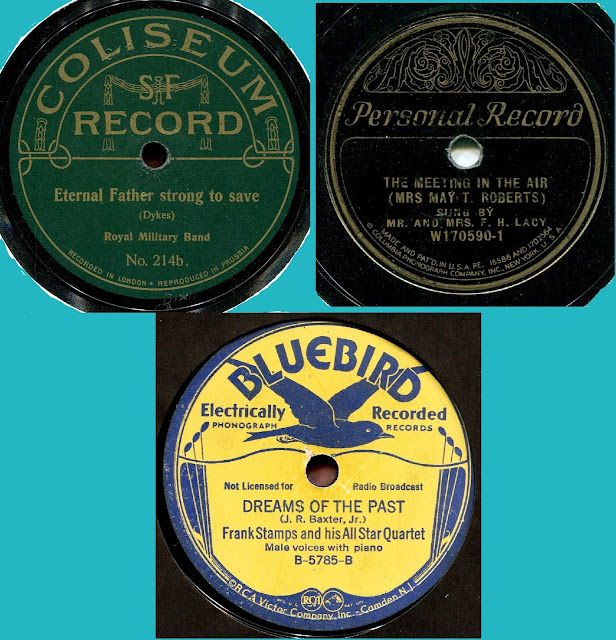 Dreams of the Past--Frank Stamps and His All Star Quartet, 1932
His Charming Love--Vaughan Quartet, 1928
I Want to Go There, Don't You?--Same
Nearer My God to Thee (Sullivan)--Royal Military Band w. Arthur T. Braddon, 1912
Eternal Father, Strong to Save (Dykes)--Arthur T. Braddon, w. organ, 1912 (Credited to Royal Military Band)
Pictures from Life's Other Side--Smith's Sacred Singers, 1926
Where We'll Never Grow Old--Same
Don't You Love Your Daddy Too?--Higgins Sisters, 1930
The Old Fashioned Cabin--Same
The Meeting in the Air--Mr. and Mrs. F.H. Lacy, 1925

Cool labels, no?  Cool music, too.  Coincidence?  Maybe.  Maybe not.

I'm reading right now that Frank Stamps and His All Star Quartet, who perform Dreams of the Past for us, was the original Stamps Quartet.  They were the guys who recorded Give the World a Smile for Victor in 1927.  Since I lack the patience to even try to follow vocal group history in any genre (the endless name and personnel changes drive me nuts), I never have this stuff in my head, ready to rattle off.  Whatever you think you know about a given vocal quartet, be it jazz or R&B vocal or pop or gospel, you don't know.  Believe me.

Dreams of the Past (1932) is an almost-gospel number, as I call such numbers.  Typically, these are miss-my-mother/I-dream-of-my-old-home songs--not quite gospel, but kind of, sort of religious.  (Hope this isn't too technical.)  The flip is nice, too, but too worn to rescue.

The Vaughan Quartet?  Well, there were a number of these that traveled around in the 1910s and 1920s promoting songs published by James D. Vaughan, whose cheaply printed but awesome songbooks go back to the early 1900s (mine start in the 1920s).  That's all I know--I swear.  This quartet is awesome, much closer to the bluegrass quartet singing of Carl Story than the Stamps, who had that artsy, note-perfect style found in outfits like the Old Fashioned Revival Hour Quartet.  Concert gospel, I call that.  The Vaughan Q. was more, um, down home.  Along with "authentic," "down home" may be the most subjective musical adjective in use, but I use it proudly, regardless.

Almost-gospel also describes Pictures from Life's Other Side (1926), a socially-conscious number from the late 1800s which, like, Will the Circle Be Unbroken and Angel Band, became every gospel arranger and singer's original.  ("Everyone and his brother stole it" sounds a little bit harsh.)  Along with the flip--Where We'll Never Grow Old (another widely borrowed number)--it was a sacred smash for the Columbia label.  I ripped the best of my three copies, and I think it sounds fabulous.

Almost-gospel, again, with Don't You Love Your Daddy Too? which I fully expected to be a vaudeville type of number with circle-of-fifths harmony a la Alabama Jubilee.  Nope--pure gospel, beautifully sung a cappella by the Higgins Sisters quartet, best described as a reverent, far less jazzy Brox Sisters, if the latter were a foursome.  I'm not sure what I just typed.

Here is an image of Mr. and Mrs. F.H. Lacy, swiped from here.  Once, I had some info about them, but I'm too worn out (third week of a flu/cold bug) to re-find it.  Here they are: 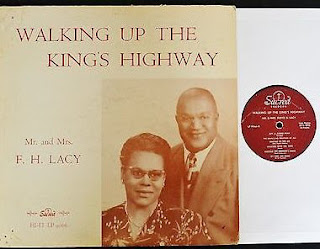 We'll be hearing them from 1925 (the ultra-fundie classic, Meeting in the Air)--luckily, my 78 dating guide includes catalog no.'s for private recordings on Columbia, which is what this is.  I think I put this up before, and I recall someone describing the Lacy's style in less than glowing terms.  But it works for me.

Oh, and Arthur T. Braddon, from 1912: nothing about him on line, but what a gorgeous voice.  He appears on both sides of this Coliseum 78 (Nearer My God; Eternal Father), but only gets label credit for the first.  This Nearer My God is the less familiar Arthur Sullivan (of "Gilbert and..." fame) tune, while Eternal Father is the timeless and magnificent John B. Dykes tune we all know and love (or should).  I was in the Navy, so every listen to Eternal Father is an emotional one for me--and this version, despite the cut-rate label and production, is an absolute gem.

Lee
Posted by Lee Hartsfeld at 5:45 AM 2 comments:

Andre Kostelanetz 78s for our January 5th--what could be better?  We have Andre's two 12-inchers for RCA Victor--Chant of the Weed/Rumba Fantasy (1935) and Revenge with Music (1934).  And I may be the only person in the world--and a Boomer, no less--who doesn't think the "weed" in Don Redman's Chant of the Weed means marijuana.  I think it's one of the many back-to-Africa songs of the period--otherwise, what is the "Come home" stuff about?  It's a joint calling out to the smoker?  Seems like a stretch.

I mean, when your joints are calling you to "come home," it's voluntary rehab time.

The 1938 Brunswick sides--Turkey in the Straw and Bugle Call Rag--are even further than the two RCA sides from the Kostelanetz sound we're used to, with Rag sounding in places like Spike Jones before Spike Jones.  And the V-Disc recordings, though they date from Andre's Columbia period, don't have quite the same soupy, distantly miked sound.  It's what Kosty might have sounded like had he stayed at RCA.

The Kostelanetz original, Impressions of Basie (Count Basie, of course), is fun, even if it's the usual orchestrated boogie-woogie masquerading as concert jazz.  Listen to the Rock Around the Clock phrases at the start!

All have been carefully processed by me with VinylStudio.  I created the playback curves mostly from scratch--the Columbia presets were little help.  Interestingly the V-Disc Warsaw Concerto sounds as muddy and murky as the Columbia release, though they're different recordings.  Maybe the engineers erred on the side of emphasizing the lower frequencies, afraid they'd lose the percussion or something.  They didn't.