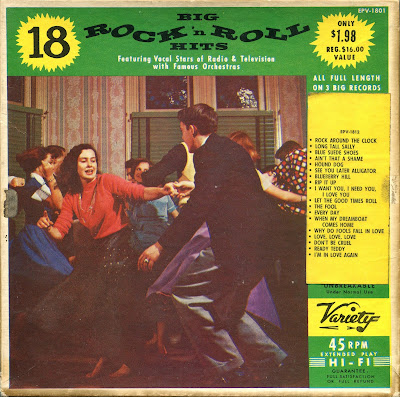 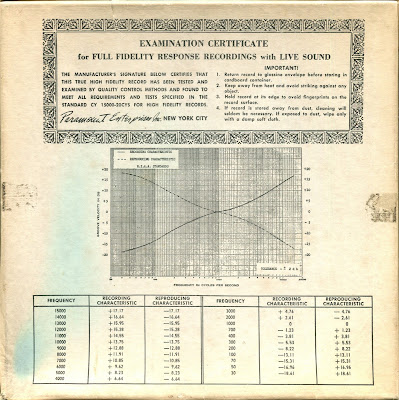 This gets complicated.  This 45 rpm three-EP set on the Variety label--18 Big Rock 'n Roll Hits--was also issued (earlier, I'm assuming) as a 12-inch LP on the mega-cheap Hollywood label.  That Hollywood LP was a reissue of an earlier Hollywood LP from 1957 called The Nation's Favorite Rock 'N Roll Hits.  My copy of the Hollywood LP (the reissue) is worn to death, so I'm using this set.

Well, I guess that wasn't too complicated.  Sound quality, predictably, is awful, making the above "Examination Certificate for Full Fidelity Response Recordings with Live Sound" (back cover of box) especially hilarious, since these have about a 9,000 Hz high end.  I doubt they top off at 15000 Hz, as claimed.  I got these to sound acceptable, and, in the process of ripping the final disc, I discovered that my Stanton 680 HiFi cartridge navigates warped vinyl effortlessly, in contrast to my 500 cart, which wants to bounce.

For lowest-quality EPs, these restored pretty well (with a good amount of de-clicking).  The performances are better than we have a right to expect, and some are even genuinely good.  And the version of Rock Around the Clock is my all-time favorite cheap-label version, despite the off-the-beat intro.  It found its way around the cheapo labels and may have originated on Gateway.  (Update: Nope, not the same version as Gateway Top Tune.  It's Gabe Drake on Prom 1118, poss. 1955)  Why it was included, I don't know, because the rest of the tracks are copies of 1956 hits, whereas RATC hit it big in 1955 (as a re-release).  But I don't complain--it's the perfect starter track. 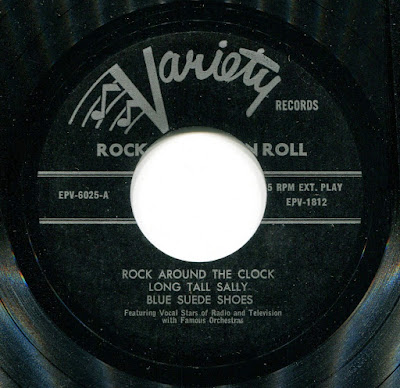 Above: label scan.  Suddenly, the set's name is "Rock n Roll," with half of the "n" missing.  Such loving care these guys took.

Merry 12th day of Christmas with tinsel tunes from Tulsa 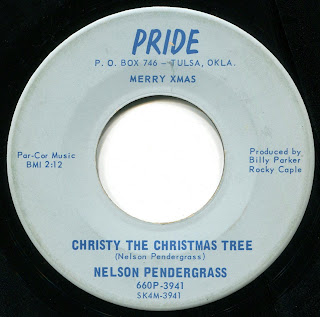 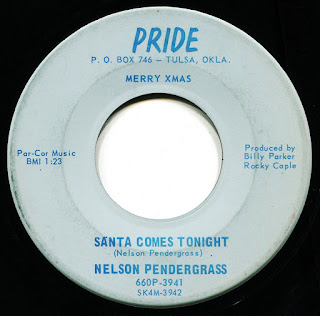 The twelve days of Christmas end today, and I wish our Christmas weather would end with it, but no such luck.  Below-zero chill factors, a few inches of snow, and 0 degree overnight highs here in the country (must remember to keep small trickle of water running), and nothing fit for humans until our Sunday high of 28.  But there are others getting it a lot worse, so I can't complain.  I will, anyway.

I think I'm justified in calling this single "obscure."  "Nelson Pendergrass" + "Christy the Christmas Tree" gets a single Google match--a discography (minus dates) of Oklahoma record labels, including this one (Pride).  It appears that Pendergrass did one other Pride single--“Cute Little Checker Girl/Tomorrow Is Her Birthday."  Now you know all I know.  About this topic, I mean.

Pleasant sides, sounding very much like small local label efforts (why would that be, I wonder?), and destined not to become internet classics.  But they make for a nice and quiet farewell to Christmas 2017, even if the weather ain't following suit.