Nine 78-rpm tracks, all ripped and restored by me from my collection.  A subset of the Paul Whiteman orchestra, the Virginians performed arrangements by Ferde Grofe and Ross Gorman, and they tended to sound more Dixieland than the larger orchestra.  Less big-bandy, anyway.  I've always wanted to type "big-bandy."  Her Beaus... is one of bandleader Fred Waring's jazziest sides of the post-acoustical era, and my copy yielded a great rip (I think).  Possibly the coolest of the set is Joseph C. Smith's remarkable Money Blues, penned by Hugo Frey, who, far as I know, was Smith's chief arranger.  Though recorded in 1916, in style the side sounds more like 1922 or 1923.  Meanwhile, its aggressive percussion is something we would expect from James Reese Europe or Wilbur Sweatman, not a white society band known for its genteel approach to post-WWI pop!  Totally cool.  The flip side, I've Got a Shooting Box in Scotland (penned by Cole Porter), is a far more typical Joseph C. side, and, like most of his Victor tracks, is fantastically well played.  Ted Lewis' very fun and corny Queen of Sheba is way-early jazz--stylistically, it harkens back to jazz when it was just on the brink of becoming so.  When jazz was a kind of ragtime music with the parts going their own way, ad-libbing but not exactly improvising, being that the rules of jazz polyphony had yet to be codified.  Or whatever the heck I just typed.  Actually, the traditional jazz-historical verdict on Lewis is far harsher--as in, Lewis' music as an inept parody of jazz, vice the almost-jazz I think it is.

Footloose is better in Paul Whiteman's version, but Carl Fenton's is quite a kick, too.  Too bad they couldn't have gotten Billy Murray to sing this one, too.  Enjoy!

Lee
Posted by Lee Hartsfeld at 10:29 PM No comments: 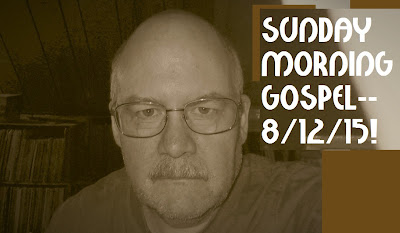 Me, on the Casio WK-3800, multi-tracked with Sonar X2 software.  Today's three gospel hymns are


Lee
Posted by Lee Hartsfeld at 1:58 AM No comments: 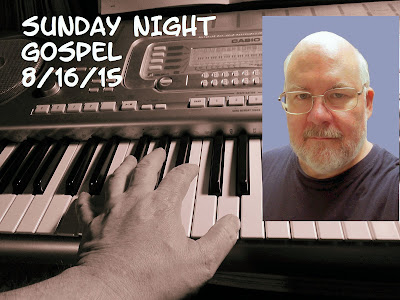 That's me, from my beard(ed?) period of recent times.  I was able to sustain it for several months, but eventually my skin said no.  Always happens.  Sucks, because a beard is ideal for me, but no point getting hairy about it, I suppose.

The hand is mine, too, and I'll have to note that it's had far fewer dry-skin issues after we switched to Mrs. Meyers liquid hand soap.  This is not an ad, but give Mrs. Meyers a try.  Ditch the 409 and get her Multi-Purpose Everyday Cleaner.  Best stuff in the world.

This evening's gospel selections are, as ever, me on my Casio WK-3800, multi-tracked up to eight times via my Sonar X2 program--the one I gave up on at least four times in the course of learning it. I guess my favorite (after God Is Working His Purpose Out) is Hubert Parry's 1916 Jerusalem, which I first heard from Emerson, Lake and Palmer's Brain Salad Surgery (my brother's LP, not mine) and then on a Monty Python episode.  The tune shows up in the Methodist hymnal with the hymn text O Day of Peace That Dimly Shines, but it will be forever associated with the following awesome William Blake poem:

And did those feet in ancient time
Walk upon England's mountains green:
And was the holy Lamb of God,
On England's pleasant pastures seen!

And did the Countenance Divine,
Shine forth upon our clouded hills?
And was Jerusalem builded here,
Among these dark Satanic Mills?

I will not cease from Mental Fight,
Nor shall my Sword sleep in my hand;
Till we have built Jerusalem,
In England's green & pleasant Land

I piled up a ton of tones on Jerusalem, because I like the thick sonic texture that results from doing so, even if some of the sounds end up slightly lost in the mix.  I'm thinking the three pianos, for example, which provide wonderful support but don't exactly dominate.  The cello and flute are the stars of this arrangement.

Be Strong! and Holy Is the Lord are killer tunes I've been using over my past 20 years as a small-church organist and pianist.  (They're in my "Old Standbys" folder, along with Vom Himmel Hoch and The Glory Song.)  Plus, six more, including a Lee Hartsfeld original from around 1990--my Offertory in F Major, in F Major.

Lee
Posted by Lee Hartsfeld at 3:34 AM No comments: