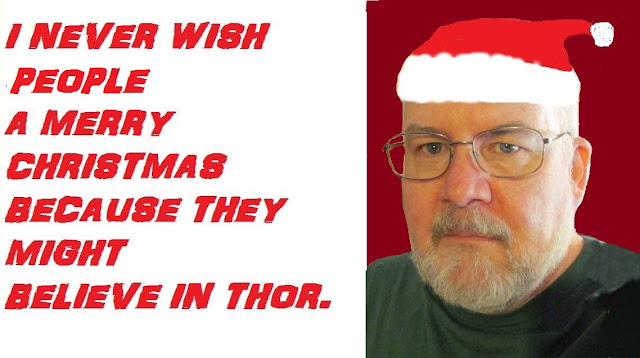 Lee
Posted by Lee Hartsfeld at 2:50 AM 3 comments:

Your blogger, 29 years ago, when he was EW2 Hartsfeld: 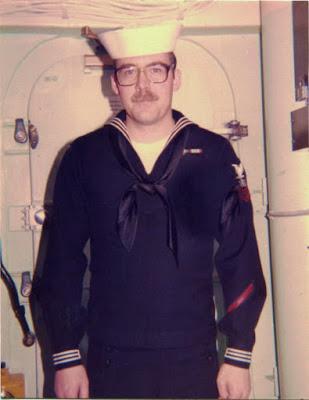 It was the fourth year of my second enlistment, and I'd decided not to reenlist--this kid was heading to Ohio and Bowling Green State University.  When I got there, I had $225 a month to help me survive, thanks to the Navy's Veterans Educational Assistance Program.  And so I worked all sorts of part-time jobs--carpet cleaning, sweeping, busing tables, and like that.  Sometime during my senior year, I even had a car--a $300 Chrysler boat from the late 1970s that required ten minutes of gas-pedal pumping to start.  Prior to that, I had to walk everywhere I wanted or needed to be, so I was fairly fit--which, unfortunately, didn't put a dent in my asthma.

Anyway, how I missed the days of catching a train to Yokohama, cruising antique shops in Hong Kong, buying vinyl albums in Australia, and (in my first go-round) hopping the train to Edinburgh, Scotland to buy 78s.  At least I got to live off campus, and within walking distance of  a small, old fashioned convenience store.  (The closest supermarket was a bit out of the way.)

Also during my senior year, one of the profs in my major asked about my military service.  "This must be quite an adjustment," he said.  He was right, of course.  That shook me a little--no prof, in or out of my major, had ever asked me about my service!  Ah, well.  This was 1989, and no one had gotten the "Thank our vets for their service" memo.

Jump to 2005, and I'm hosting three or four blogs.  My second, Music You (Possibly) Won't Hear Anyplace Else, enjoys its share of popularity, and eventually I stick with it only, discontinuing Fields on Fire, LeeWorks, and Vintage Lounge.    Jump forward 10 years, and we're at this post, where I've just linked to seven great patriotic 78s, some from back when my late grandfather was a teen.  All but one of these is a fresh rip.  A few sides are fairly hammered, but, hey--they're 78s. 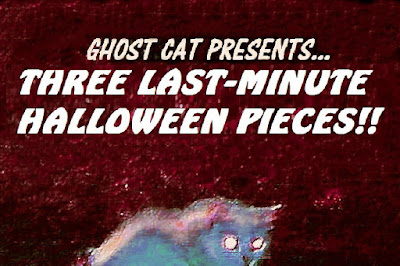 Three original pieces, and with only minutes to spare (before it's Nov. 1).  The first, Thirteen Kitties, is a tribute to our thirteen cats.  Nothing like having thirteen cats on Halloween.  Next, Midnight at the Thrift Store.  Midnight at the thrift store has to be pretty spooky, especially on Halloween, when the ghosts of all the unsold thrift items come back to haunt whatever "new" items are taking their former shelf spots.  And, finally, Hauntovani Waltz No.2.  It's a waltz, and it's the second.

All composed and played by Lee Hartsfeld on his Casio WK-3800, with multi-tracking and effects.