Protecting our children from Charles Schultz 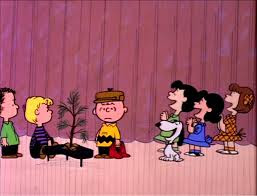 "That's not a Newton Tree, Charlie Brown!  It's a Christmas Tree!"


I was eight when A Charlie Brown Christmas first aired, and I remember being surprised by Linus' Bible reading.  "Can they do that on TV?" I wondered.  Apparently, yes.  My 81-year-old foster mother, Bev, says she was surprised at the time, too.

Seriously--this seemed daring.  The non-stop secular claim that our past pop culture was saturated by religion is a line of woo-woo.  It's baseless propaganda.  If faith was all over the place in 1965, why was this eight year old astonished to hear a Bible reading on network TV?  And I'm from the flyover state of Ohio, thank you.

Anyway, 50 years later, a Kentucky school district is censoring Charles Schultz in the name of ACLU's version of the establishment clause.  (File under, "You Can't Make This Stuff Up.")  Here's the story.  Per my consistent Googling, it appears that none of the usual suspects--Hufington Post, Atheism Rocks! (a.k.a. Religion Dispatches), Salon, Friendly Atheist, et al. are covering this story, probably because 1) it's true, 2) the behavior it documents is indefensible, and 3) because it's true and indefensible, they don't feel all that easy about ridiculing the situation in their usual fashion.

The tragic truth is that the left-of-center press (on line and off) tends to respond with mocking scorn to any story of this type.  It's the default response, and it's quite stupid, because a "laugh at the rubes" stance is not a sustainable one.  Why?  Because popular perceptions are not always incorrect, nor are the concerns of average folks always invalid.  So what do we do when, say, Bill O'Reilly (who broke the story) makes a valid point about something as absurd as censoring a beloved 50-year-old Charles Schultz text?  Well, if we're smart, we say nothing.

That, or maybe Huff-Po, et al. just haven't gotten around to the story yet.  Well, I wish them luck in concocting a good and snarky dismissal to this situation, because it's clearly a case of the down-on-faith attitude run amok.  I can't imagine how anyone could downplay this.

There's no war on Christmas--just on poor Charles Schultz, I guess!  My, my.  Write a cartoon that people are still loving half a century later, and have the state deem a portion of your script unfit for children!!

Gotta protect the kiddies from Peanuts.  In the name of preserving our democracy, ya know....

Update: Meanwhile, get your A Charlie Brown Christmas stamps here.  Hurry, before the Eastern Kentucky school district bans them!


Lee
Posted by Lee Hartsfeld at 8:10 AM No comments: 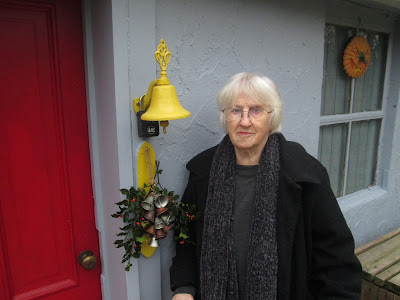 First off, thoughts and prayers for Bev, if you will.  (Unless you're one of those thoughts-and-prayers dissenters,)  We had to have her taken by squad to the local hospital on Thanksgiving eve for what turned out to be bleeding stomach ulcers, gastritis, and congestive heart failure.  Her blood oxygen was quite low, and her lungs had fluid in them.  She was treated for possible pneumonia, too, though her hospital doc is skeptical--he thinks it was the CHF masquerading as pneumonia.  Of course, they gave her antibiotics just in case.  Erring on the side of caution is standard procedure when your patient is old and frail.  (But, because she's Bev, also mentally sharp and fully alert.)

Apparently, while Bev's 81-year-old heart is strong, she tends to retain fluids, owing to her age and small size.  That, plus the drastic decrease in her physical activity since she broke her hip in 2013.  The fluid build-up prevents the left side of her heart from fully functioning.  Shortness of breath, plus other complications, result.

She's in nursing home rehab right now, and while some of the aides are terrific, others aren't.  The place has the usual moronic, corporate-dictated "get the patient up and moving" policy (hey, it's rehab), despite the fact that Bev is suffering a major sleep deficit right now.  Since there's absolutely no coordination between the various folks who visit her room, no one got the "Do not disturb" memo. For Christ's sake, if the woman can't get any sleep, how can she perform the various exercises they want her to do?  A bureaucracy is a dysfunctional organism wherein one limb has no clue what the other limb is doing (or not doing).  It's all about checking off boxes.

Update: Bev reports that she's up to the rehab requirements, now that they've been explained to her.  Things aren't as dire as I thought.  Which is always a good thing. 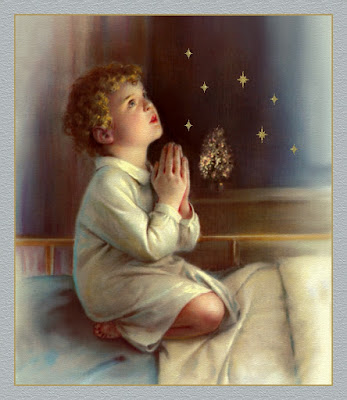 Apparently, a mass shooting over the holidays is the perfect occasion for select journalists, comics, and whoever to lecture the clueless masses on our heinous habit of closing our tweets, emails, etc. with the phrase "Thoughts and prayers."

To use this cliche is discriminatory. That's because there are people in our midst who want nothing to do with praying or thinking, and we need to respect their disposition.


Posted by Lee Hartsfeld at 9:16 AM No comments: