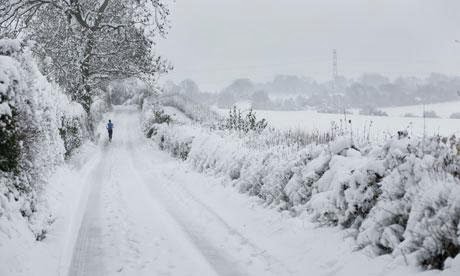 Lee, how much do you want to bet that the far right will shortly use this cold snap as head-in-sand fodder for "there ain't no 'global warming'! See?"

When they do - any moment now, but I'm not interested in checking Fox to verify - we'll just smile and tell them, "Chill, brother; sister."

The upcoming scorching summer will have a thing or three to say about that, too.

Some people think "global" means "a single spot on the planet," or that warming trends are measured in months.

It spooks me out that I may have been (for a moment, anyway) in the coldest spot in the U.S. All I know is that it was 18 below on our porch Wednesday a.m. (And, most likely, in the general area surrounding same. Cha-dunk, crash!)

Hi, Amy! I've been off Facebook for a while. Email me at hartsfeld@windstream.net.