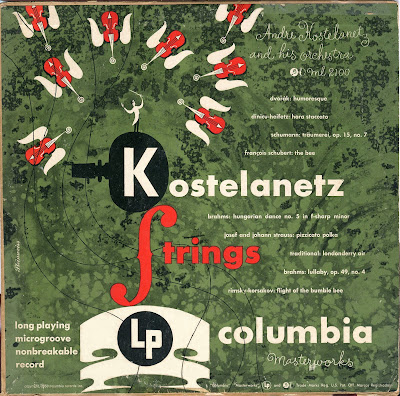 Lee
Posted by Lee Hartsfeld at 1:40 AM

Thanks, Lee! Still enjoying all the Kostelanetz.

But the lovely Kostelanetz makes up for the ordeal.

Hmmm, you're certainly on a Kosty roll here. I have a couple more of his Vdisc records around here somewhere that I should rip for you...

Everyone should be on a Kosty roll.

V discs--cool. I have maybe nine by him, with a couple too hammered to restore.