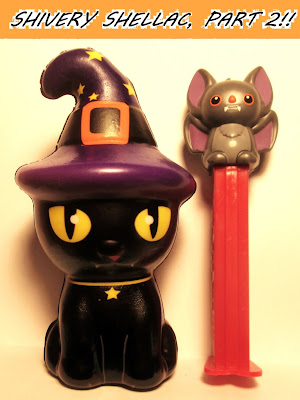 From J.W. Myers' gender-inclusive rendition of Come Take a Trip in My Airship (1904) to Frances Langford's jazzy reading of Cole Porter's Swingin' the Jinx Away, today's 11 titles cover 32 years, thirteen short of the 45-year span of Part 1.  Wait a minute--did I say "thirteen"?  Buwa-ha-haaaa!!!

I knew there was a thirteen in here someplace.  Anyway, don't be surprised when J.W. Myers sings, "...and right near the Dipper, I gave him my heart," since gender-blind vocals were a thing in the early days of recording.  In fact, I used to have a dance band version of The Man I Love which featured a male vocal refrain, so the practice was still in place come the late 1920s.  (And, for some odd reason, early renditions of The Man I Love often took brisk tempos.)  Meanwhile, hypnotism is a Halloween trope--instances of hypnotism, anyway (Bela Lugosi: "Come... here!")--and we've got two examples today/tonight: That Hypnotizing Man (Dolly Connolly, 1912) and Hypnotized, which can be taken as a standard love song or a song about possession.  As in, being possessed ("One look at you, and I was hypnotized").  Why doesn't the singer simply say he was enchanted, or attracted, or that something was stirred inside him?  The man isn't simply captivated--he's been mesmerized.  The gliding, shimmering organ chords (played by Ted Fio Rito) very subtly suggest something supernatural at work.  It's there, if you listen really closely.  But not too closely...

Everything wraps up with an unusual grand organ solo, and I still have my 2016 blog notes regarding it (which is good, since I won't have to retrace the info).  This organ solo, called Storm, includes storm imitations (you read that correctly) on the organ pedals, and apparently this was an actual concert genre around the turn of the last century--storm pieces on the organ.  Clearly, the tradition didn't age well, since, by the time the British Arthur Meale committed his Storm to shellac (on HMV) in 1926, Gramophone magazine was less than charitable in its review, calling Storm "a ludicrous piece of theatricalism," and "a demonstration of the worst excesses of which the organ is capable." Hm. Other than that, did they like it?

Anyway, I've traced Storm back at least as far as 1905, and it may have originated as an organ improvisation, and... it doesn't appear to have been published. It seems to have originally been called Storm at Sea (which would explain the stanza of Eternal Father, Strong to Save), and the sections (quoted from a 1906 recital announcement) are as follows: Calm at Sea--Distant Thunder--Rising Wind--Hooting of Sirens in the distance--Hymn, "Eternal Father, strong to save"--Tempestuous Sea (theme on the Pedal Organ during the storm)--Thunder rolls away--Thanksgiving Hymn, "O God, our help in ages past," etc.

Now you know as little as I do.  I think that select moments in Storm would make a terrific accompaniment for a Lon Chaney horror silent, and so I offer it as a classic example of shivery shellac.  More to come, believe it or don't. 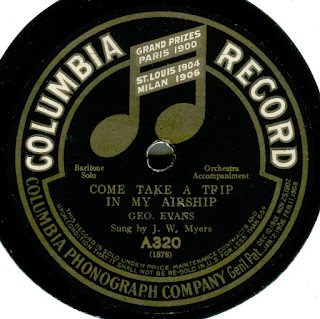 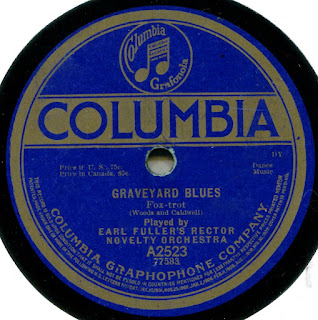 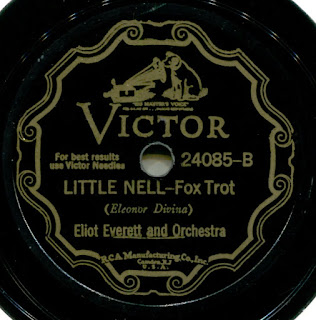 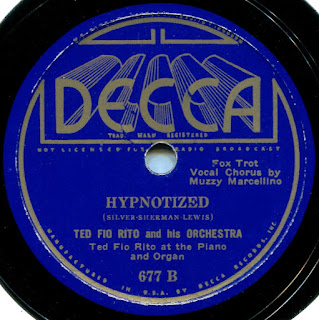 A second installment! And hints of a third? You're too good to us Lee, we don't deserve your generosity! But thanks so much!

You're welcome! And I don't suppose that you'll be getting Halloween-like weather in your parts. We're getting it in droves--except for above-average nighttime lows. This is confusing the trees and interfering with the leaf-dying process--hence, fewer colors...

Spooky.... and just in time! Thanks for all your time and efforts in processing these discs. Hope this Halloween finds you safe, well, happy and haunted.

Thanks! Hope you have a howling good Halloween, too!

BOO...YES LEE... YOUR THE COOLEST HALLOWEEN GHOUL CAT EVER... A TRILLION BILLION THANK-YOU'S WITH A FEW BOOS AND SCREAMS TOSSED IT FOR GOOD MEASURES TOO. STAY SAFE AND I AM HOPING FOR A THIRD SHIVERY SHELLAK!! HAUNTING INSTALLEMT PLUS A BIT OF MR. LEE'S GREAT ORGAN TUNES TO, JUST BECAUSE WE HAVE BEEN GOOD GHOULS TOO. HAPPY HALLOWEEN TO YOU AND YOUR FAMILEY. STAN

I think my Halloween compositions are still up from last year. I'll check to be sure. Haven't written anything since that time. Anyway, Happy Halloween!