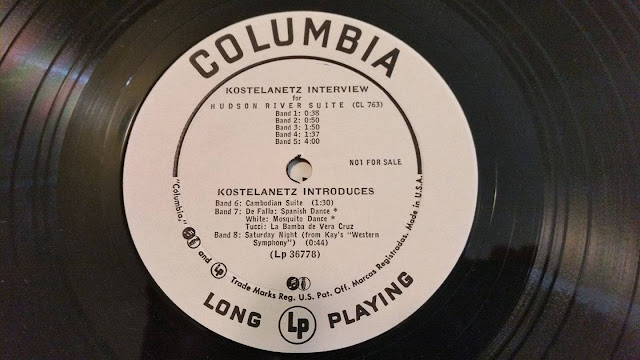 Thanks to Kevin and Lee. I love this kind of thing.

Speaking of never knew (or forgot) things about Kosty, I recently uploaded a recording of Copland's Lincoln Portrait only to discover via the liner notes that Kostelanetz commissioned it.

Thank you, Kevin and Lee.