Dinos, non-dinos, spaceships, robots, dino-quartets, used rocketships, and a host of fake Godzillas.  And... some original (and recycled) dinosaurs-in-space music to go with it all: 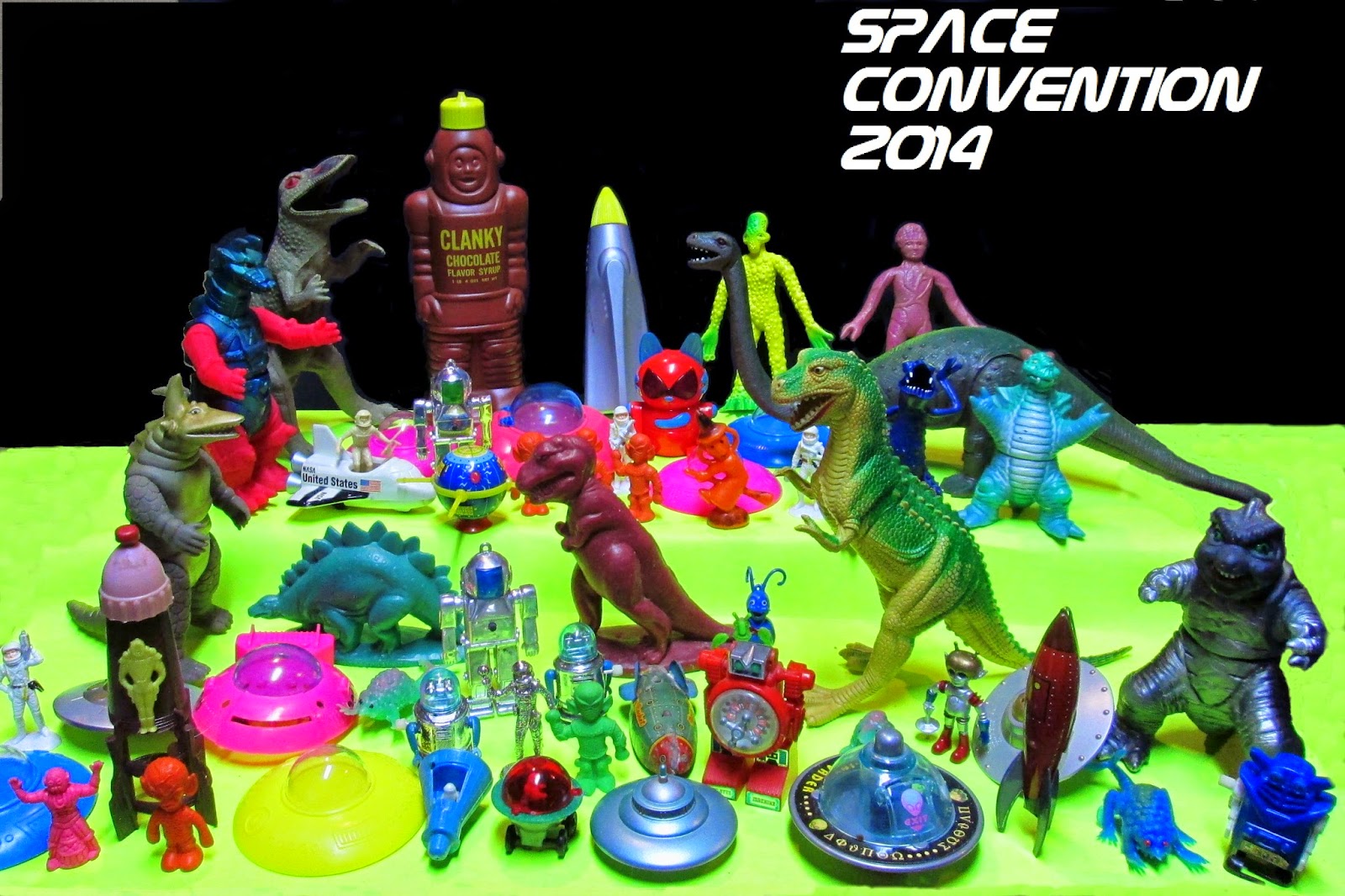 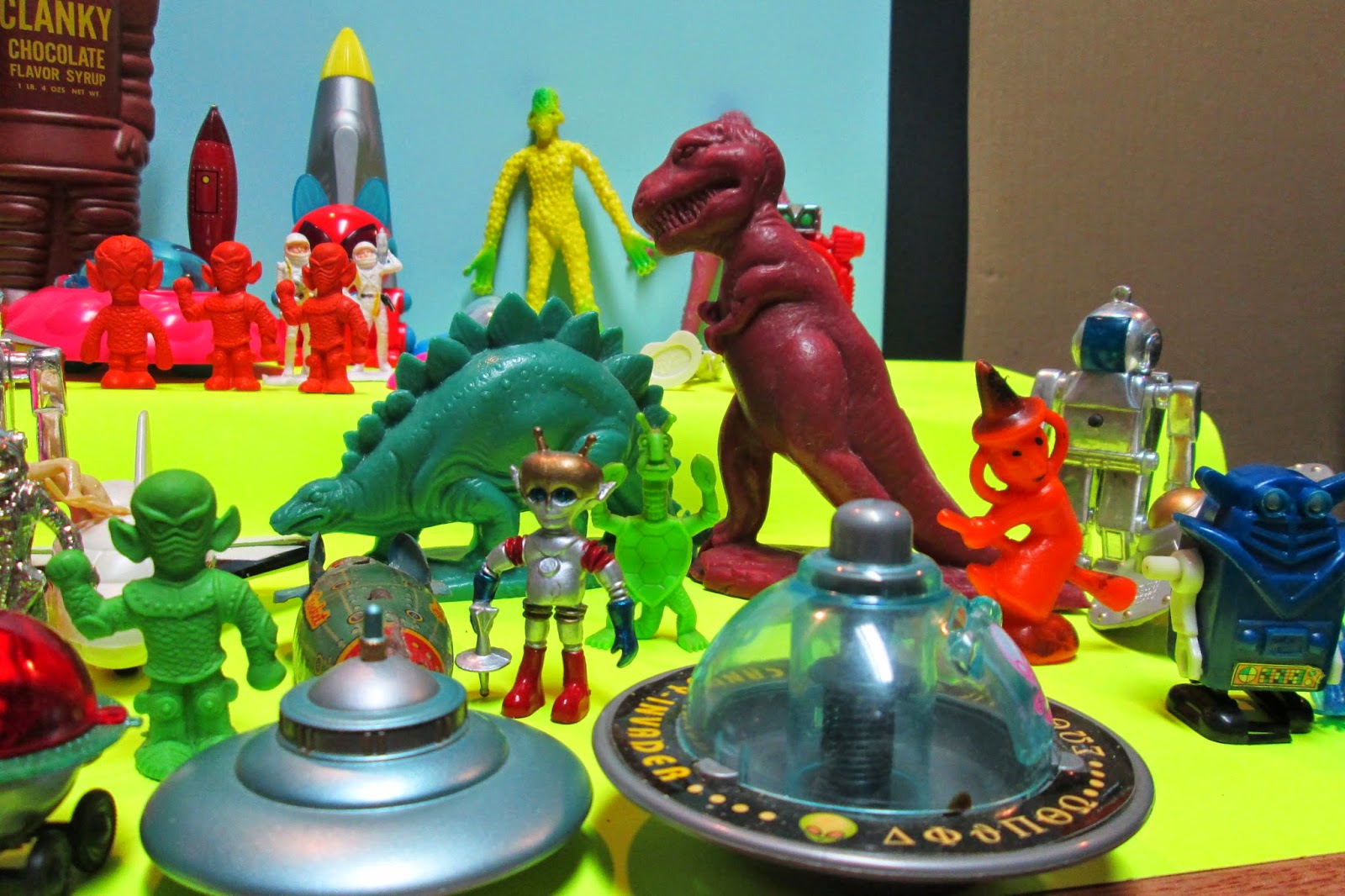 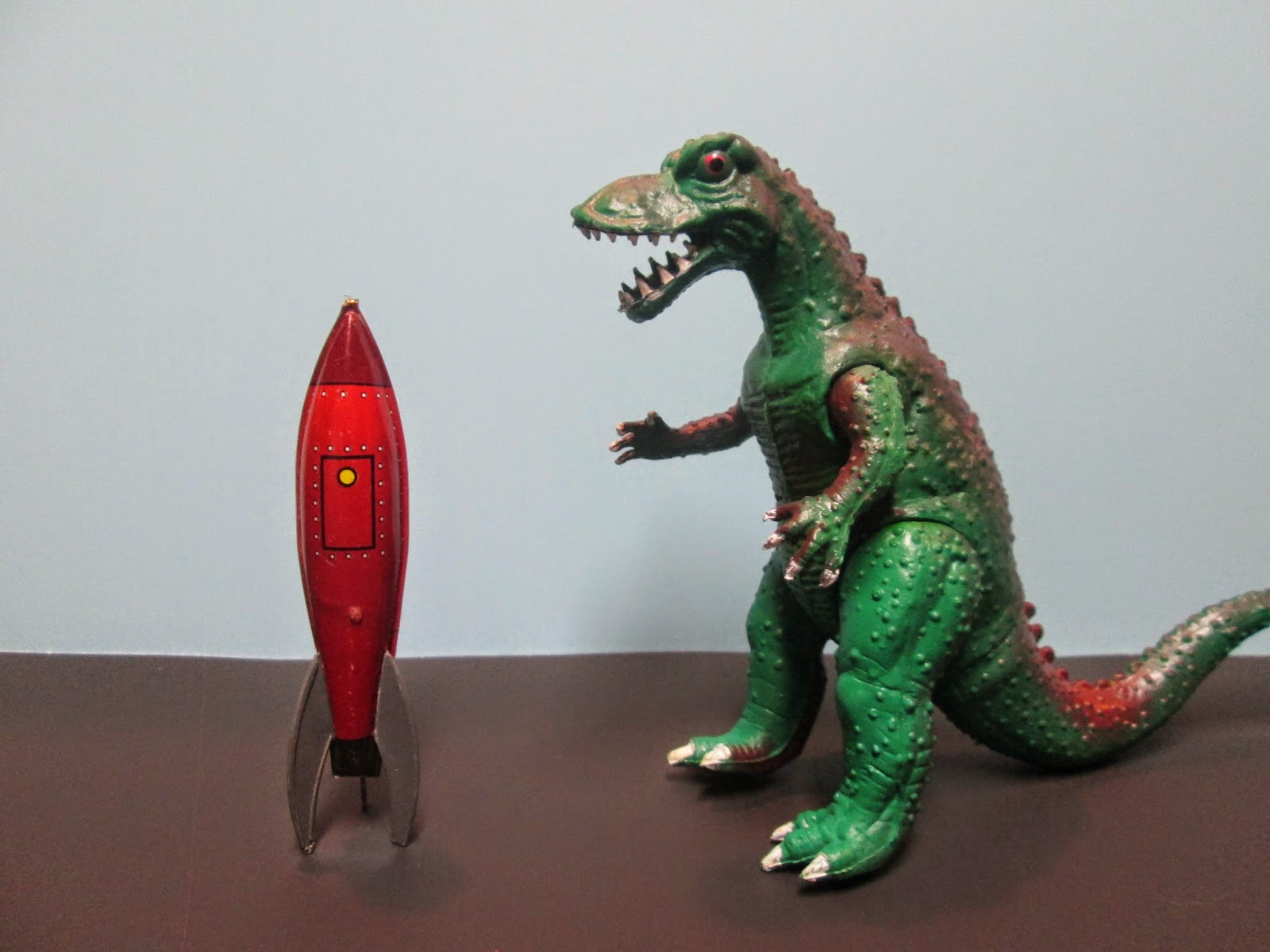 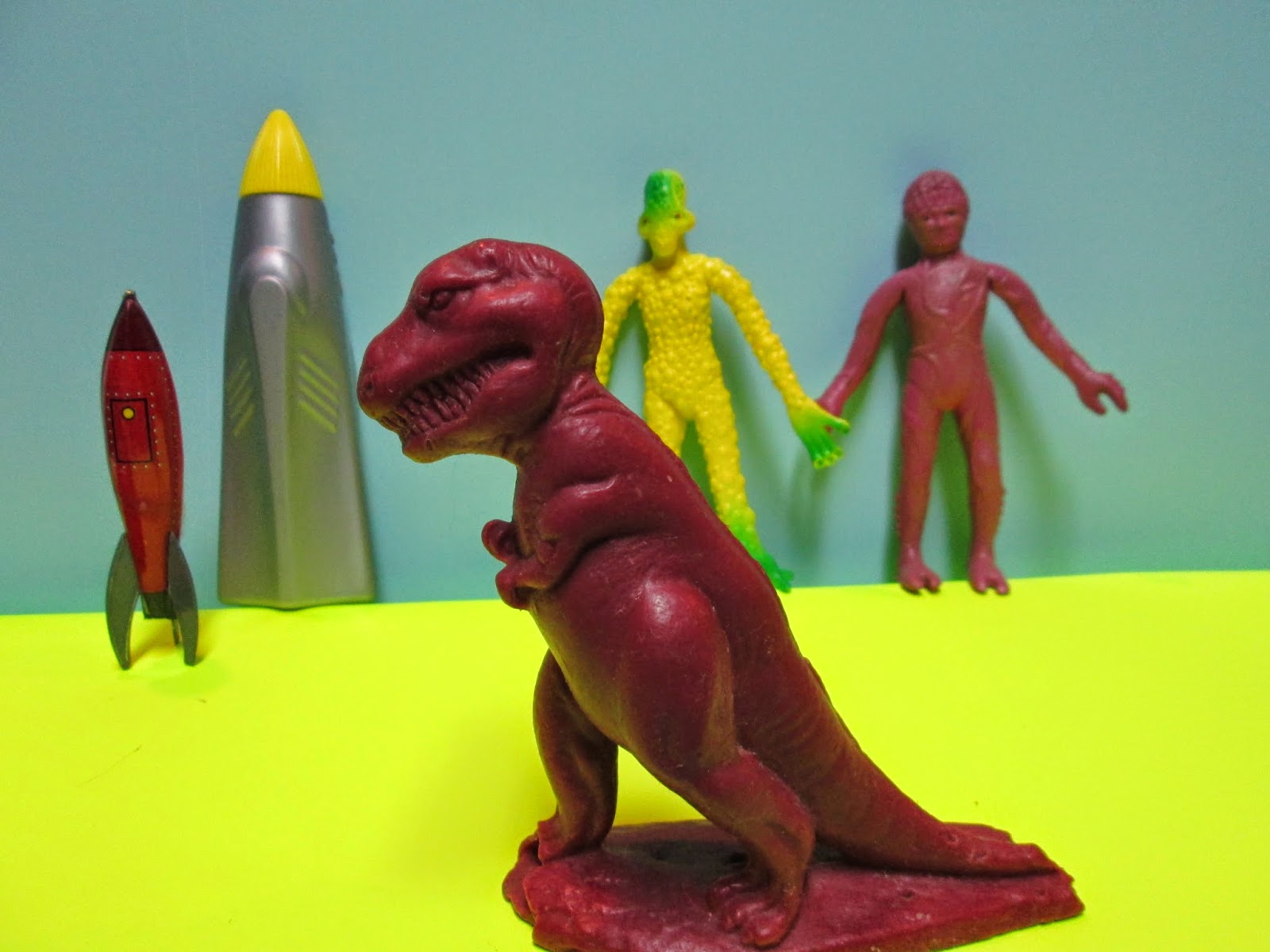 "Stay really quiet, and maybe he won't see us." 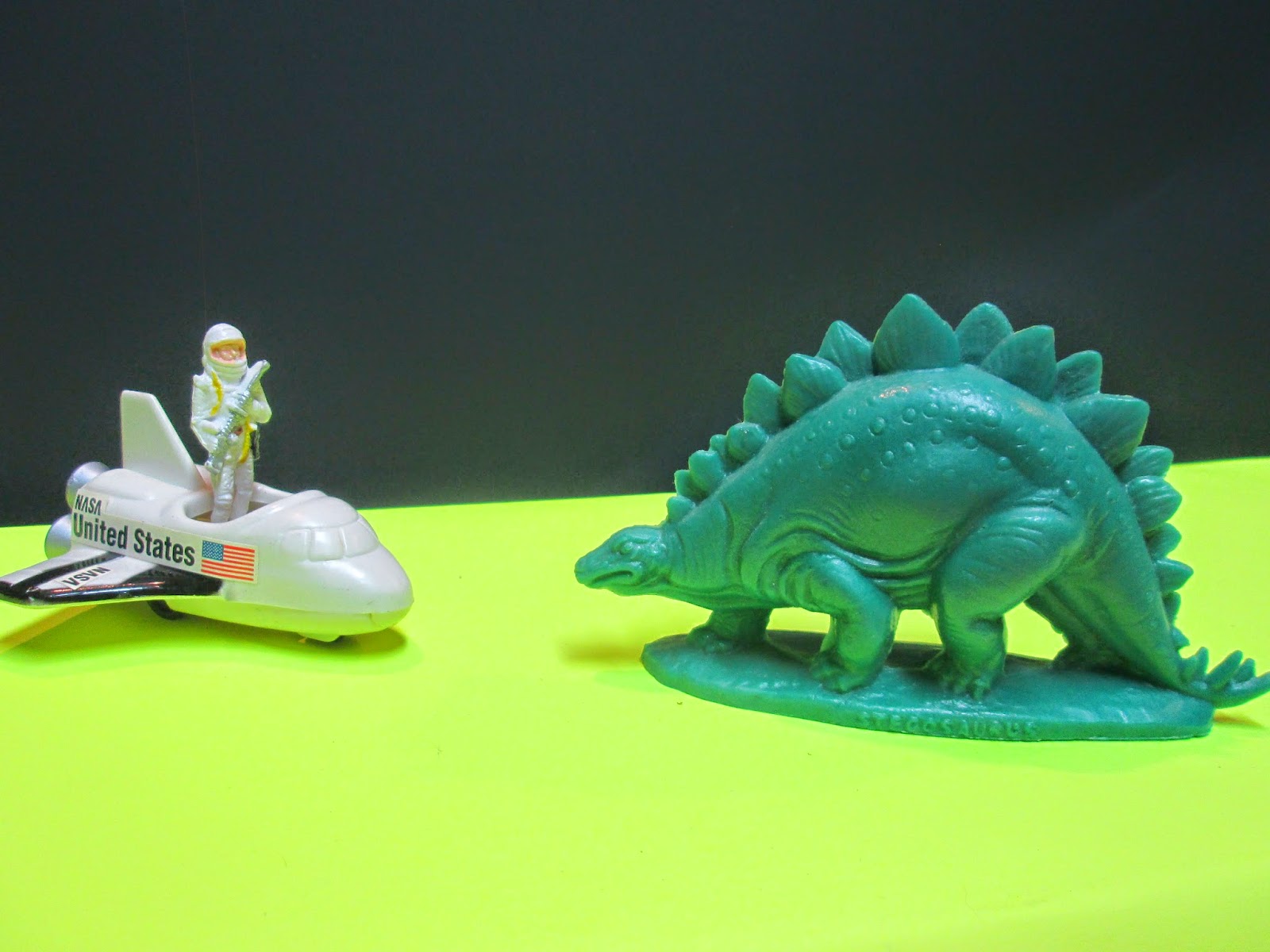 "Ah, that dream again, where I'm standing up in a miniature space shuttle as a giant wax Sinclair Stegosaurus stares at me." 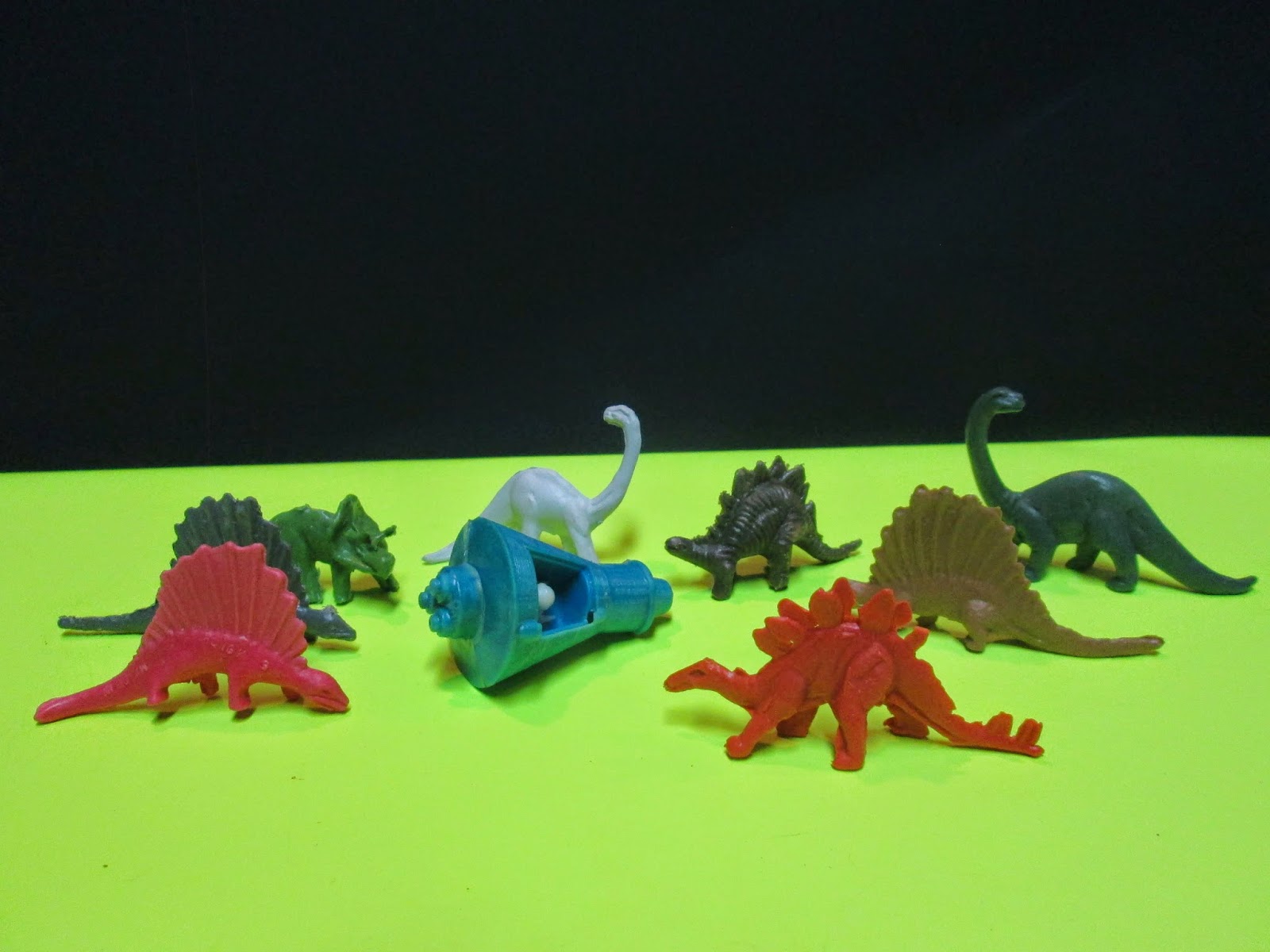 "Affirmative, Mission Control--eight of them.  Luckily, at the moment they seem more curious than hungry...." 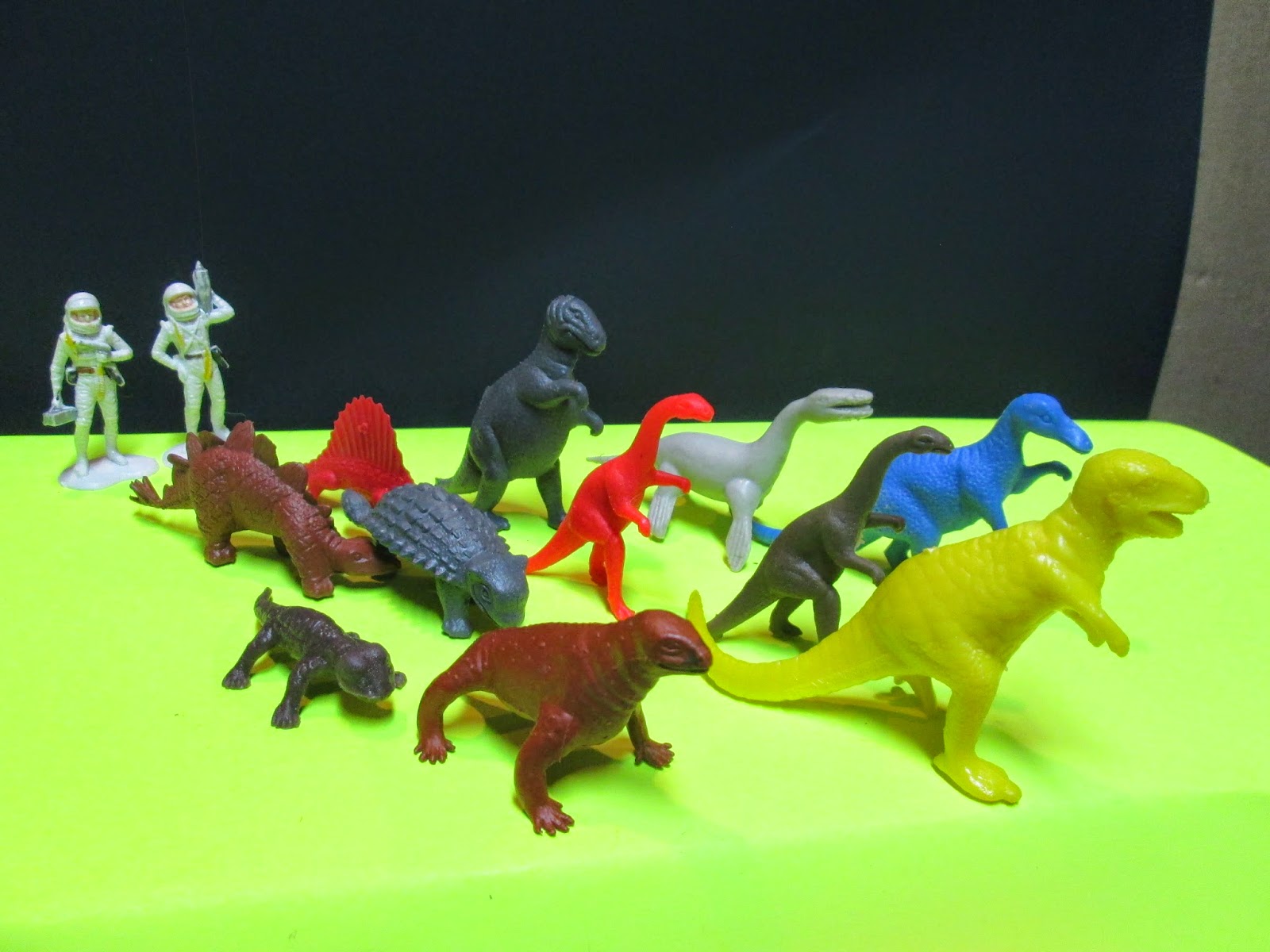 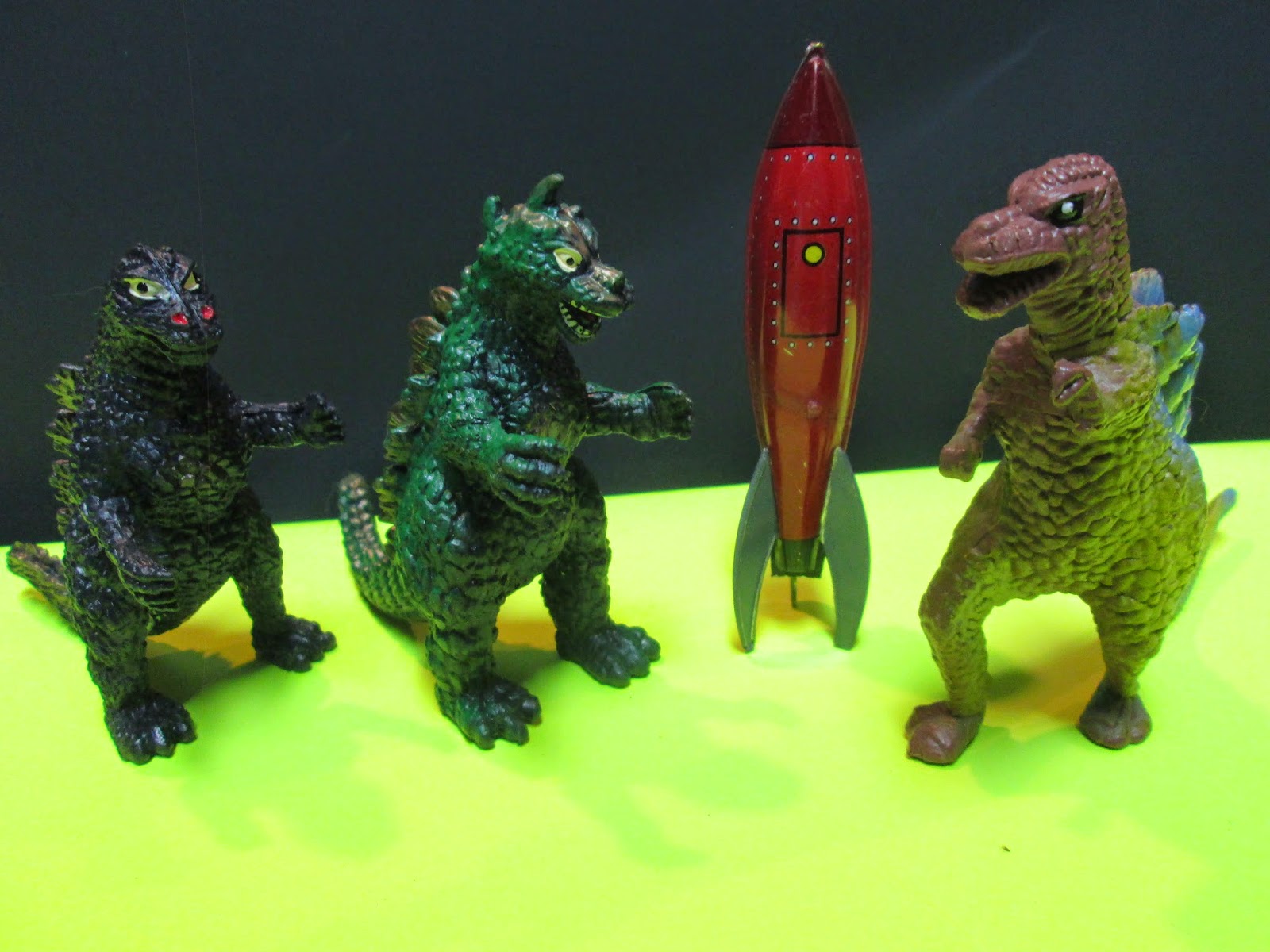 "Well, whatever's in there, it's bite-sized.  We know that much." 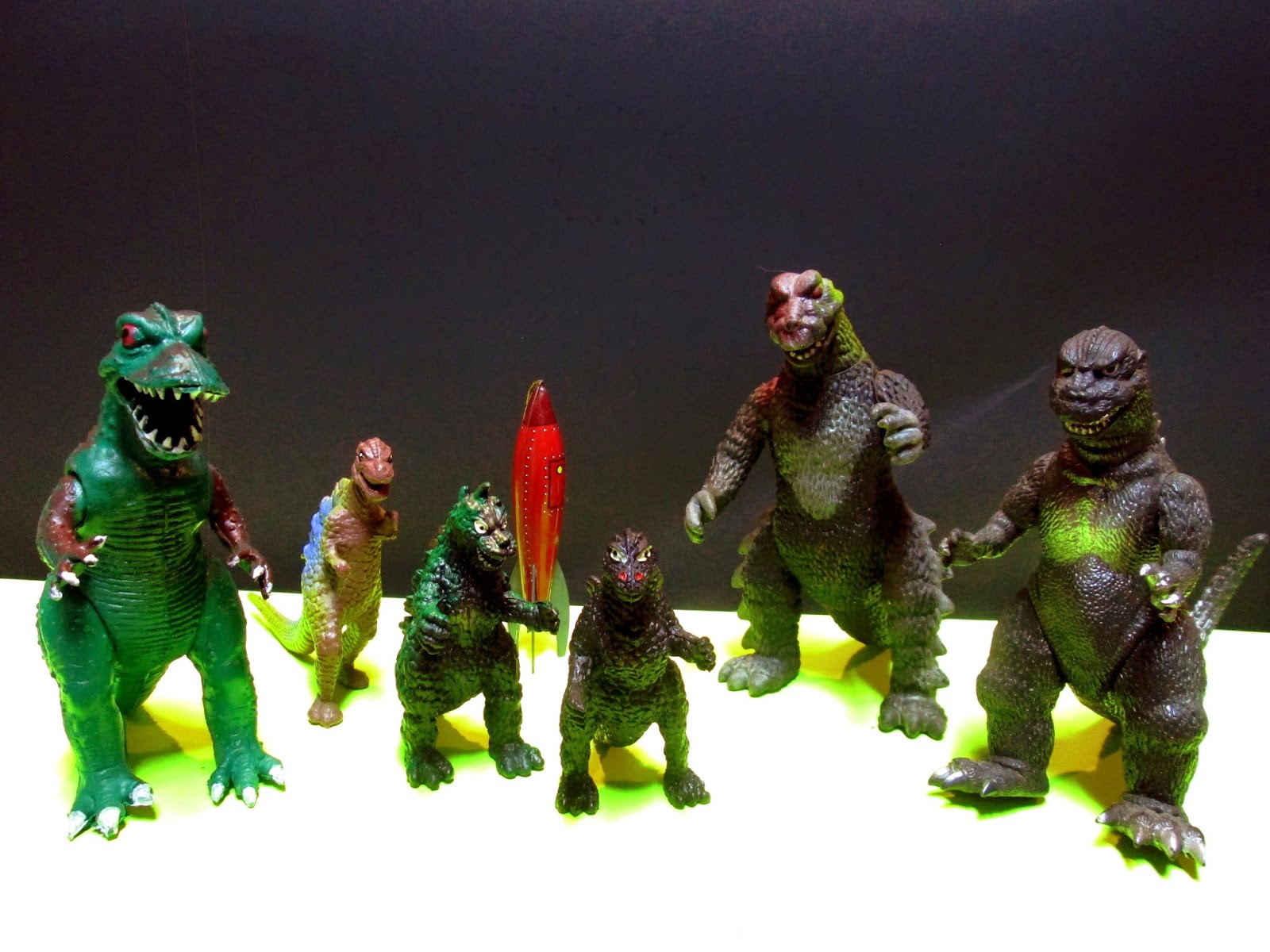 The real Godzilla visits the Planet of Outrageously Fake Godzillas. 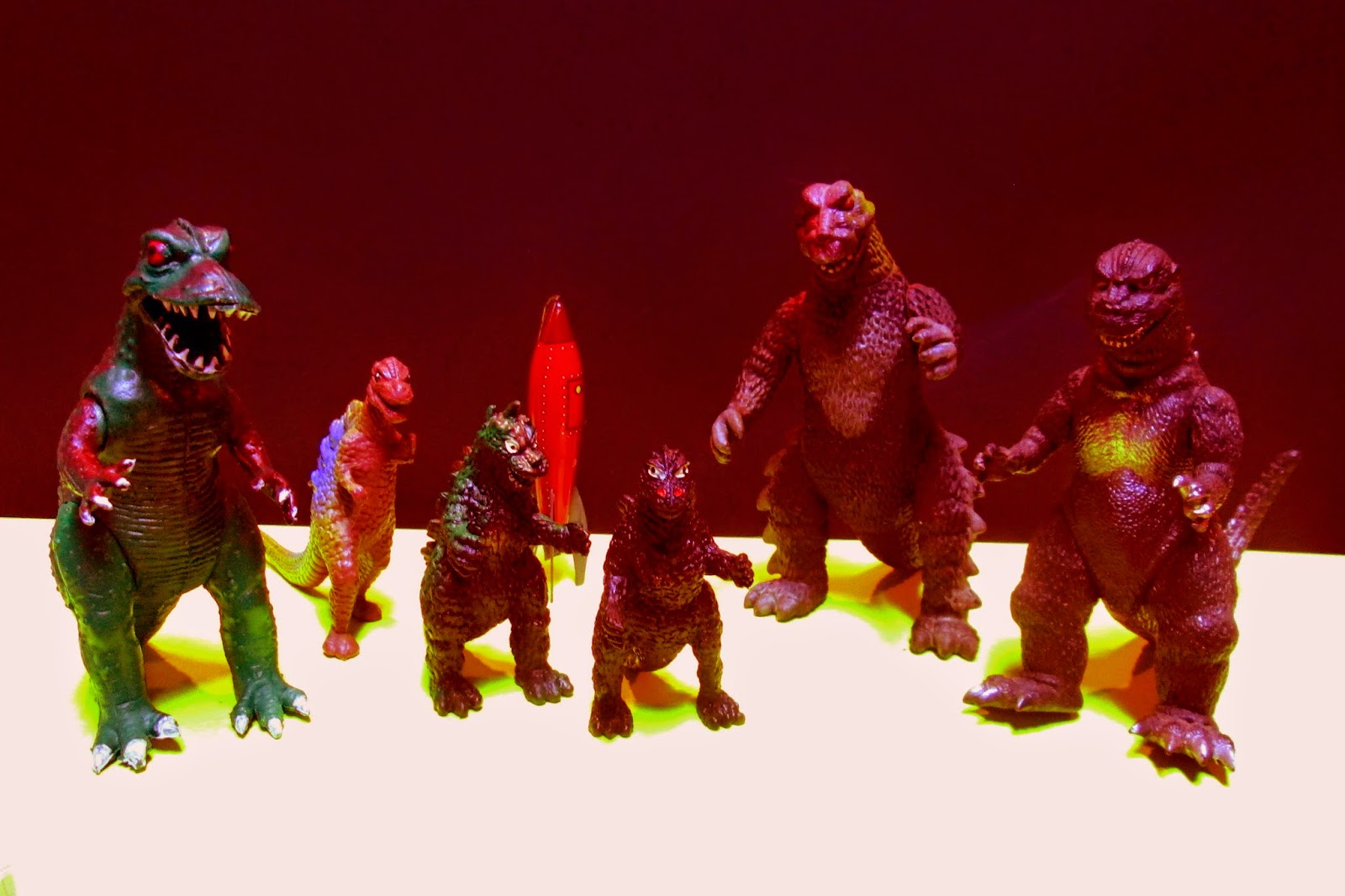 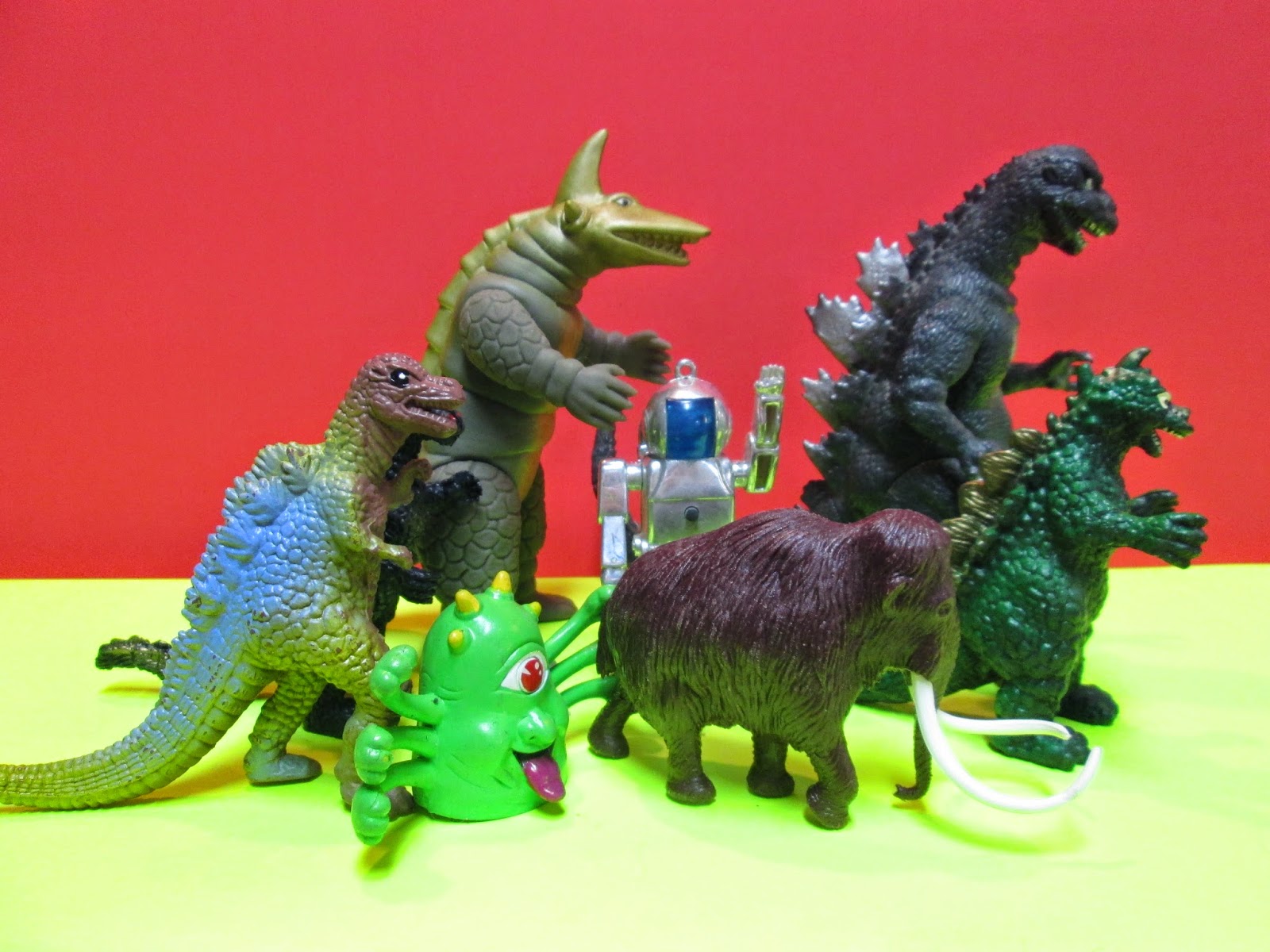 When the creatures of the Monster Planet hear the jingle of the ice cream ship, they come running. 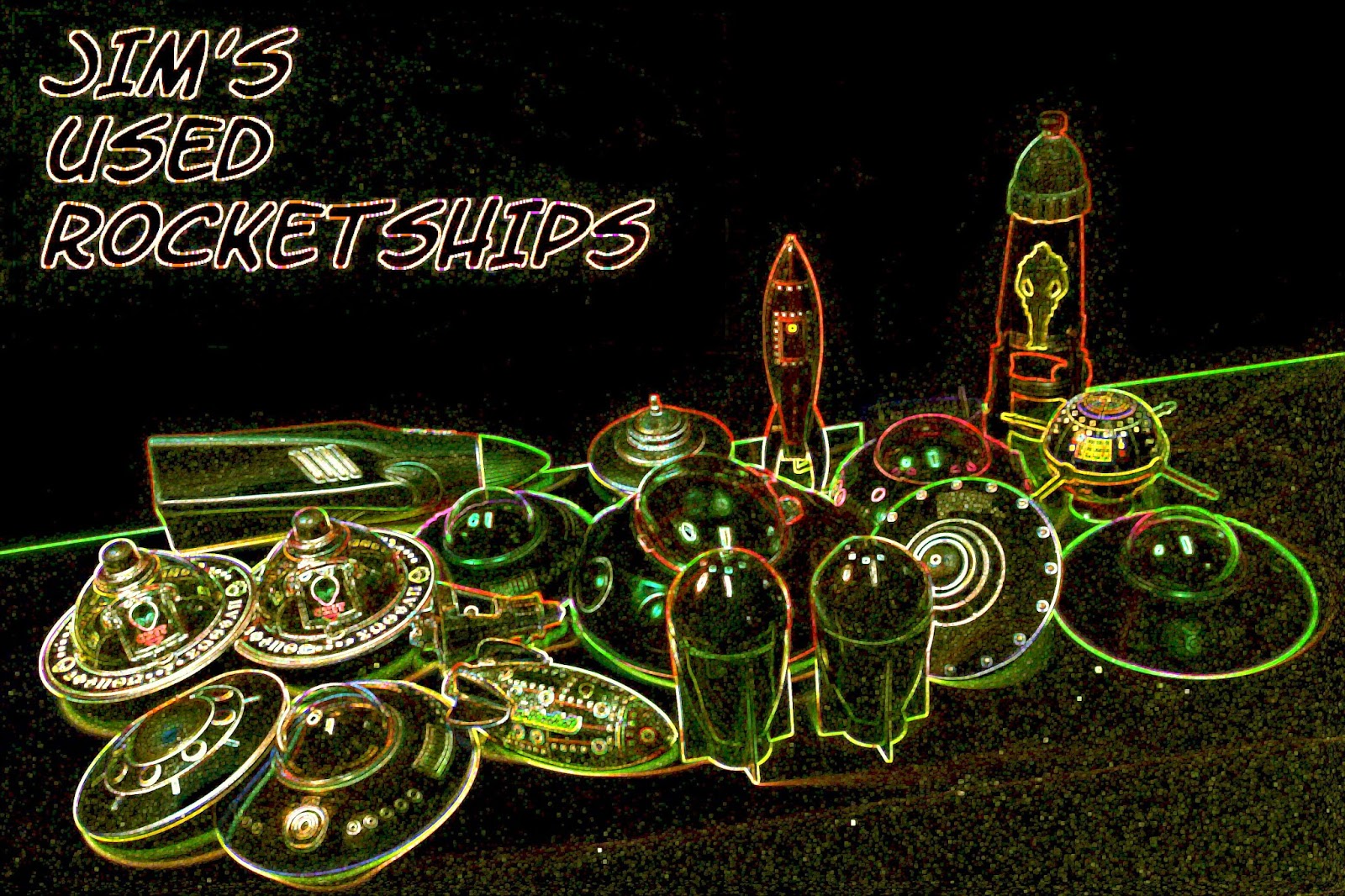 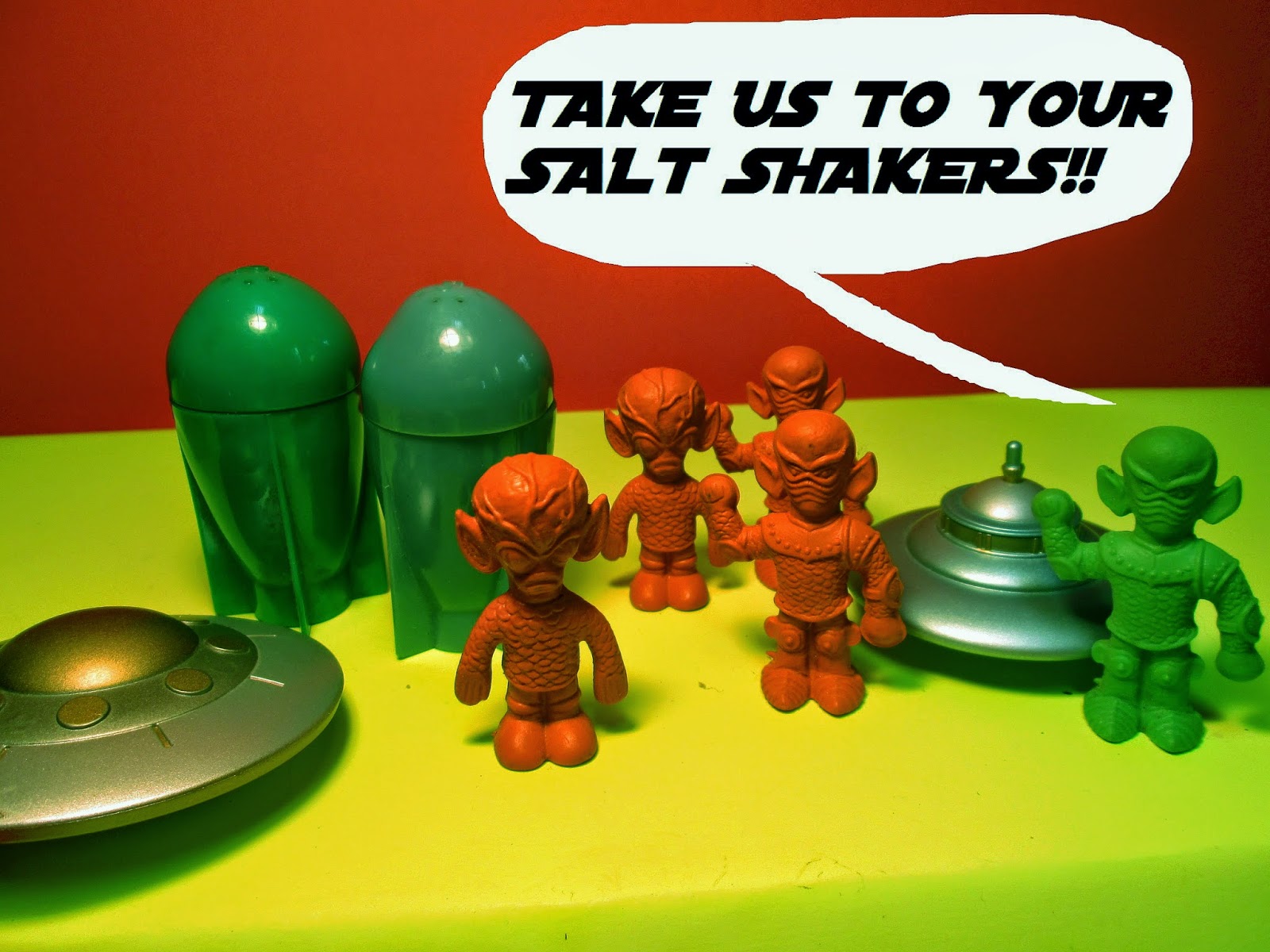 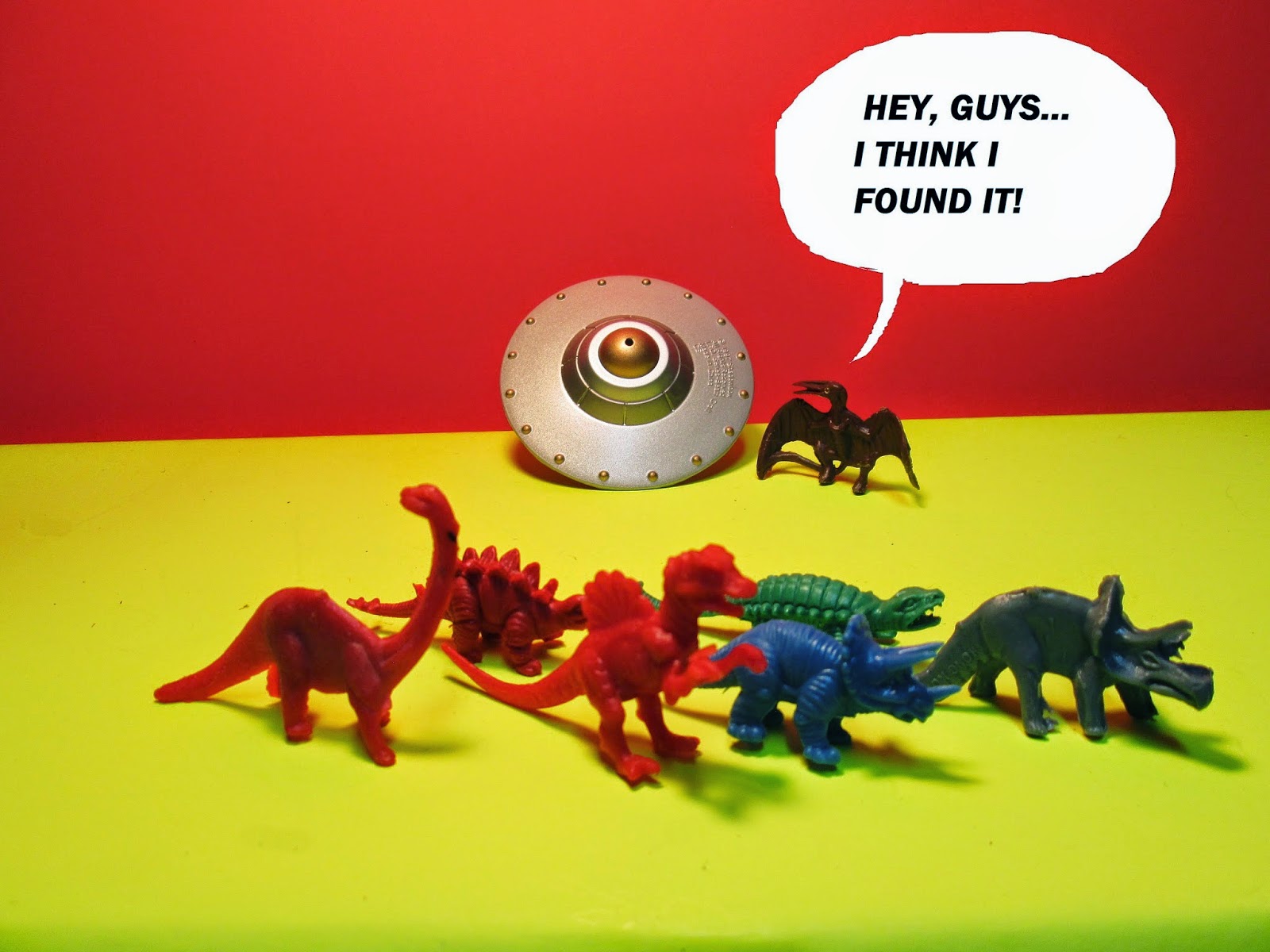 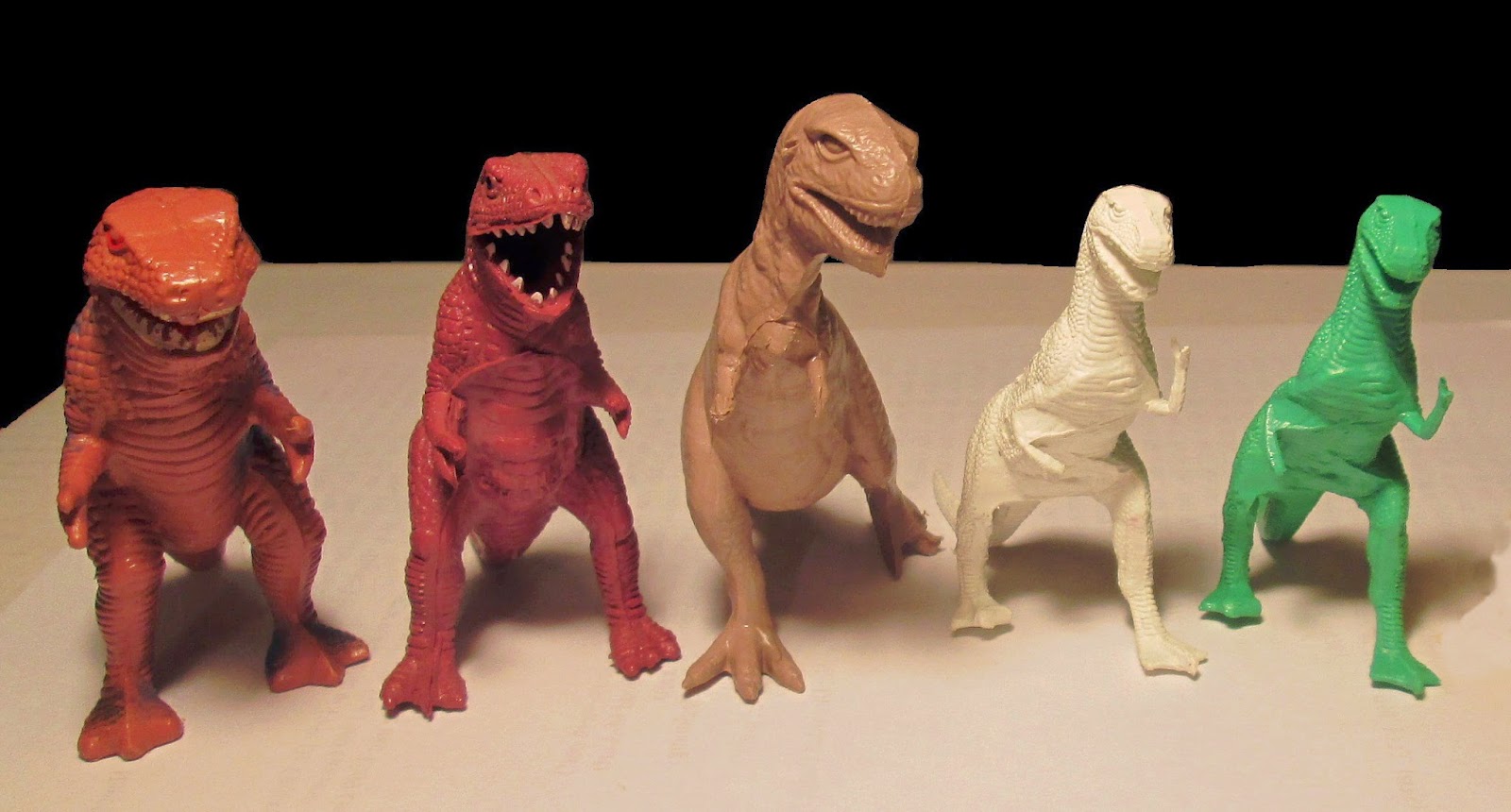 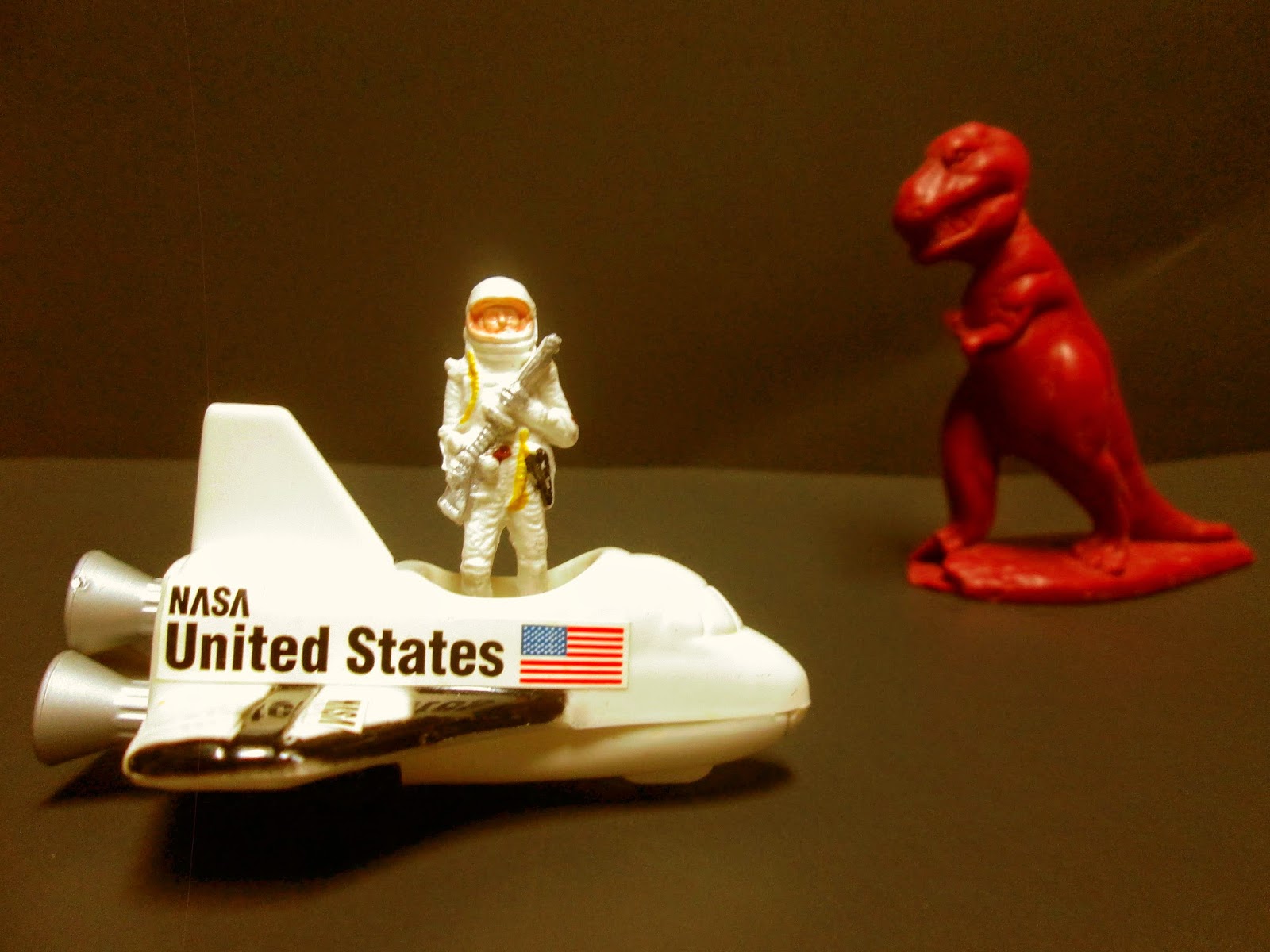 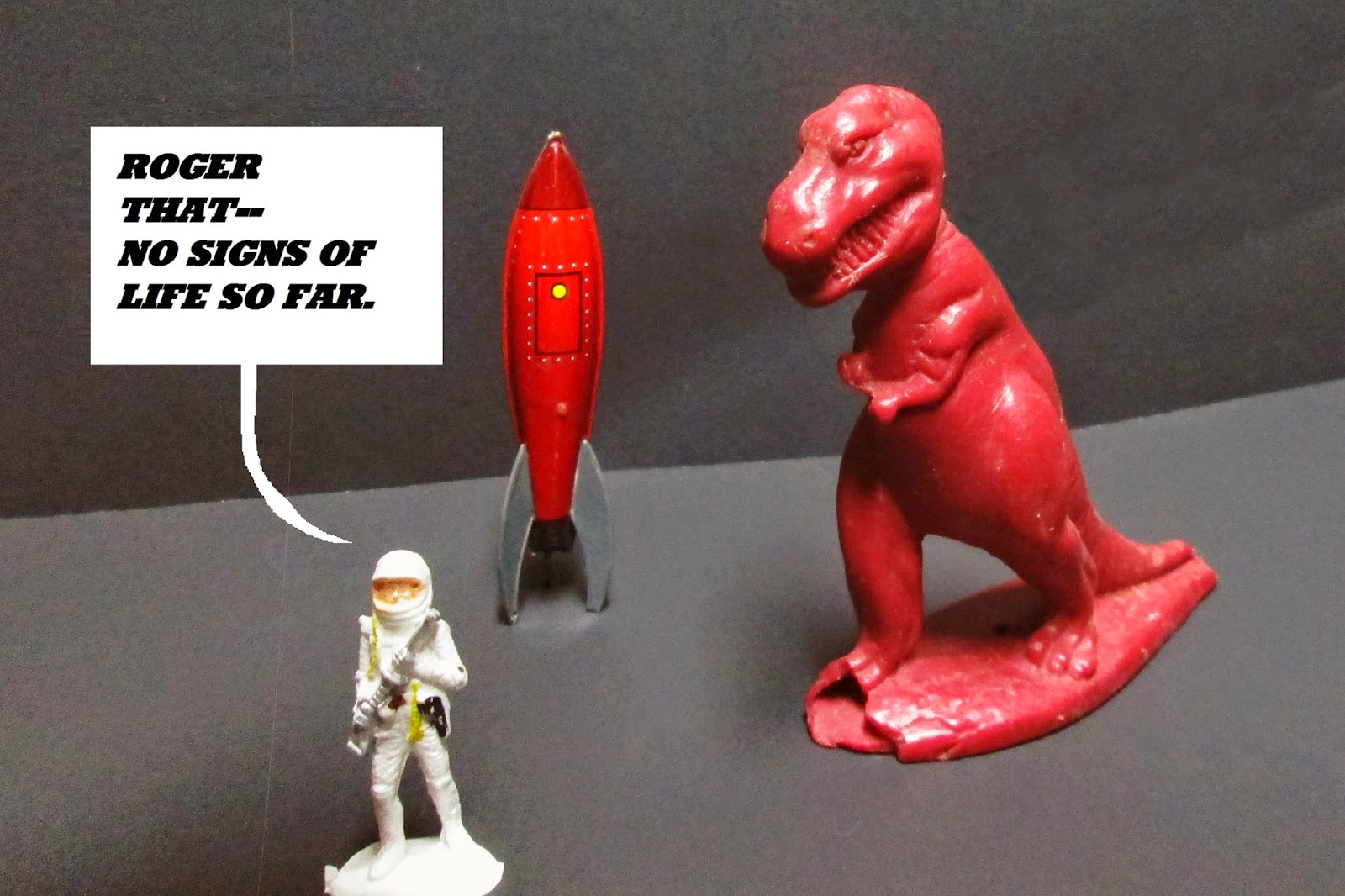 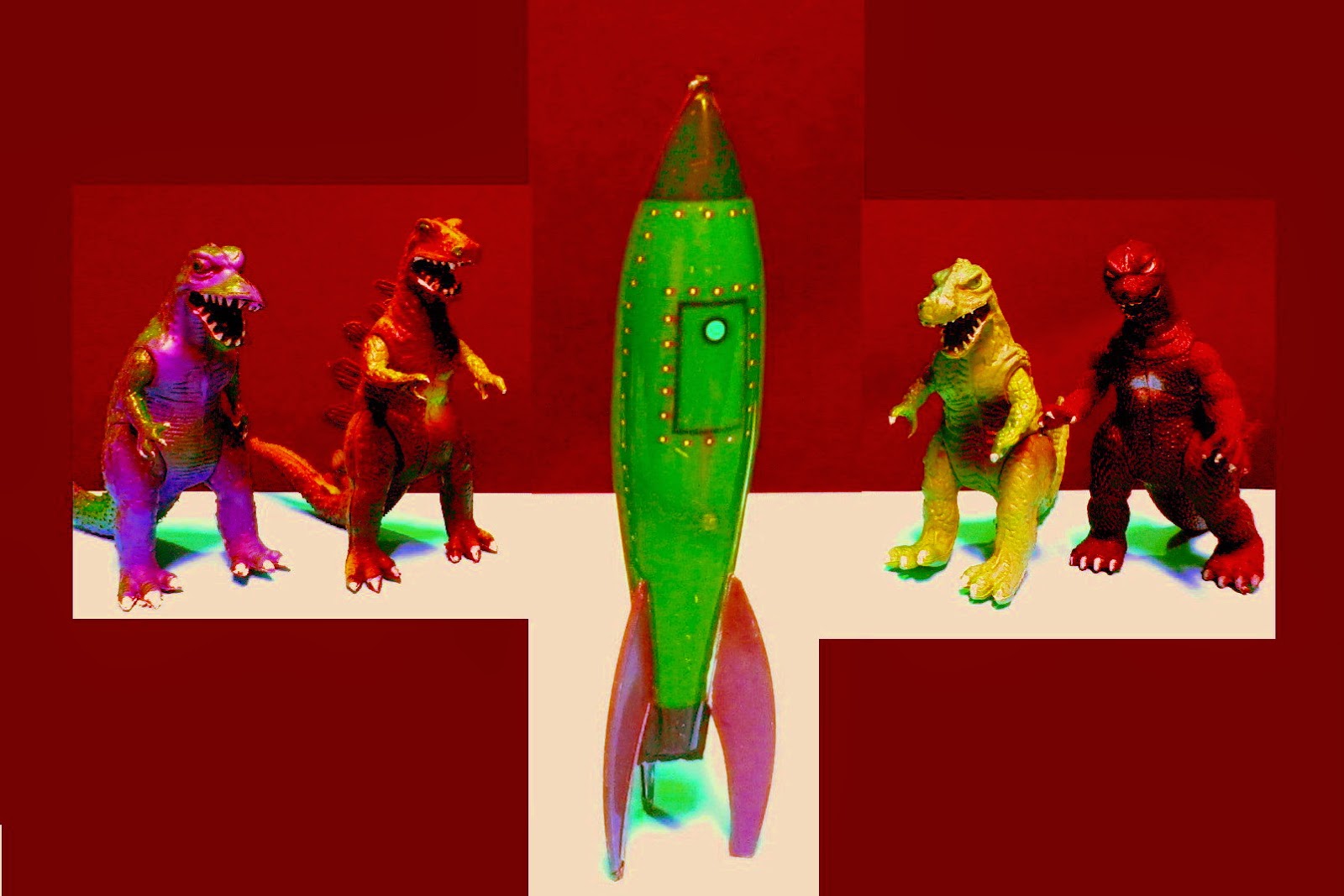 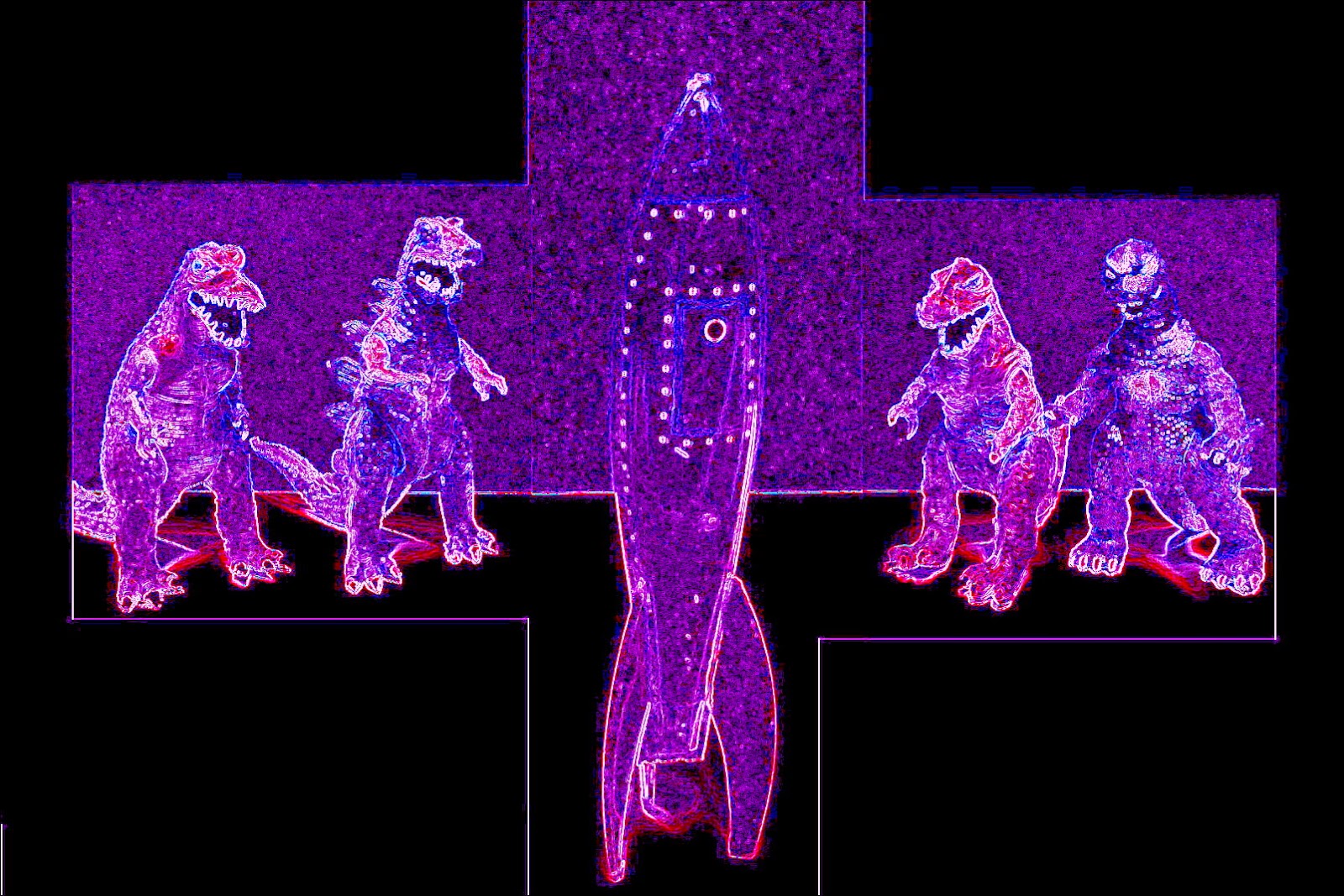 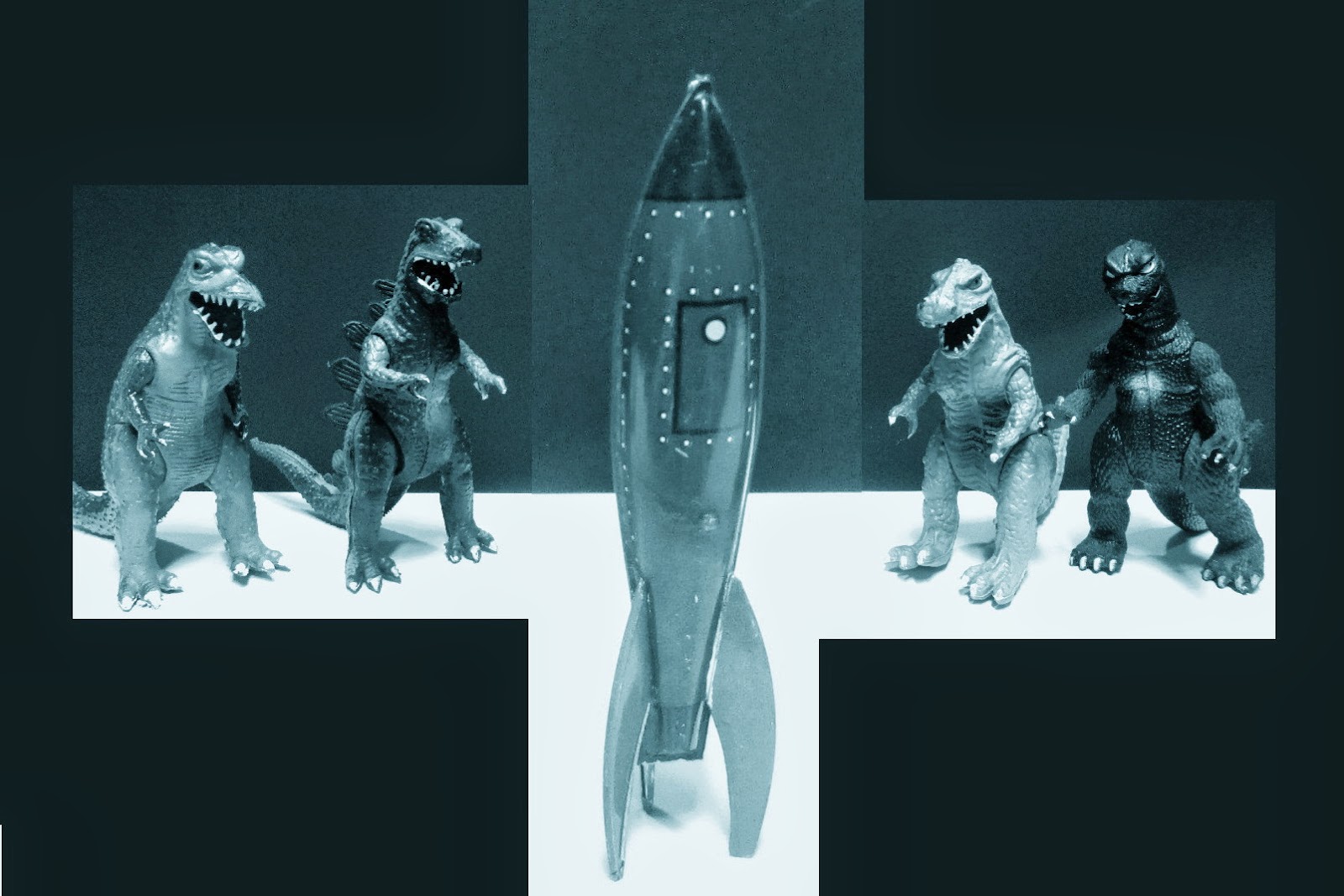 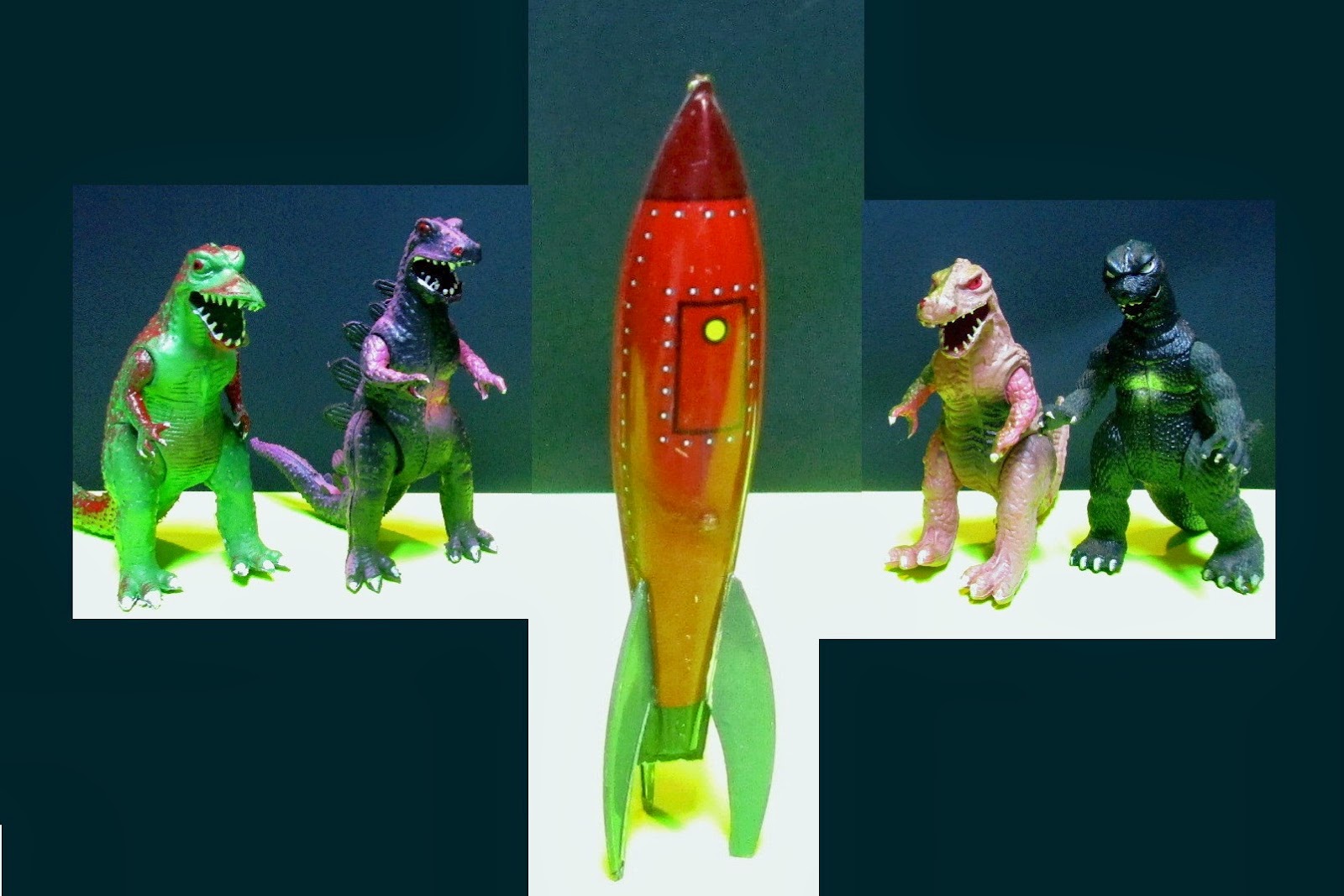 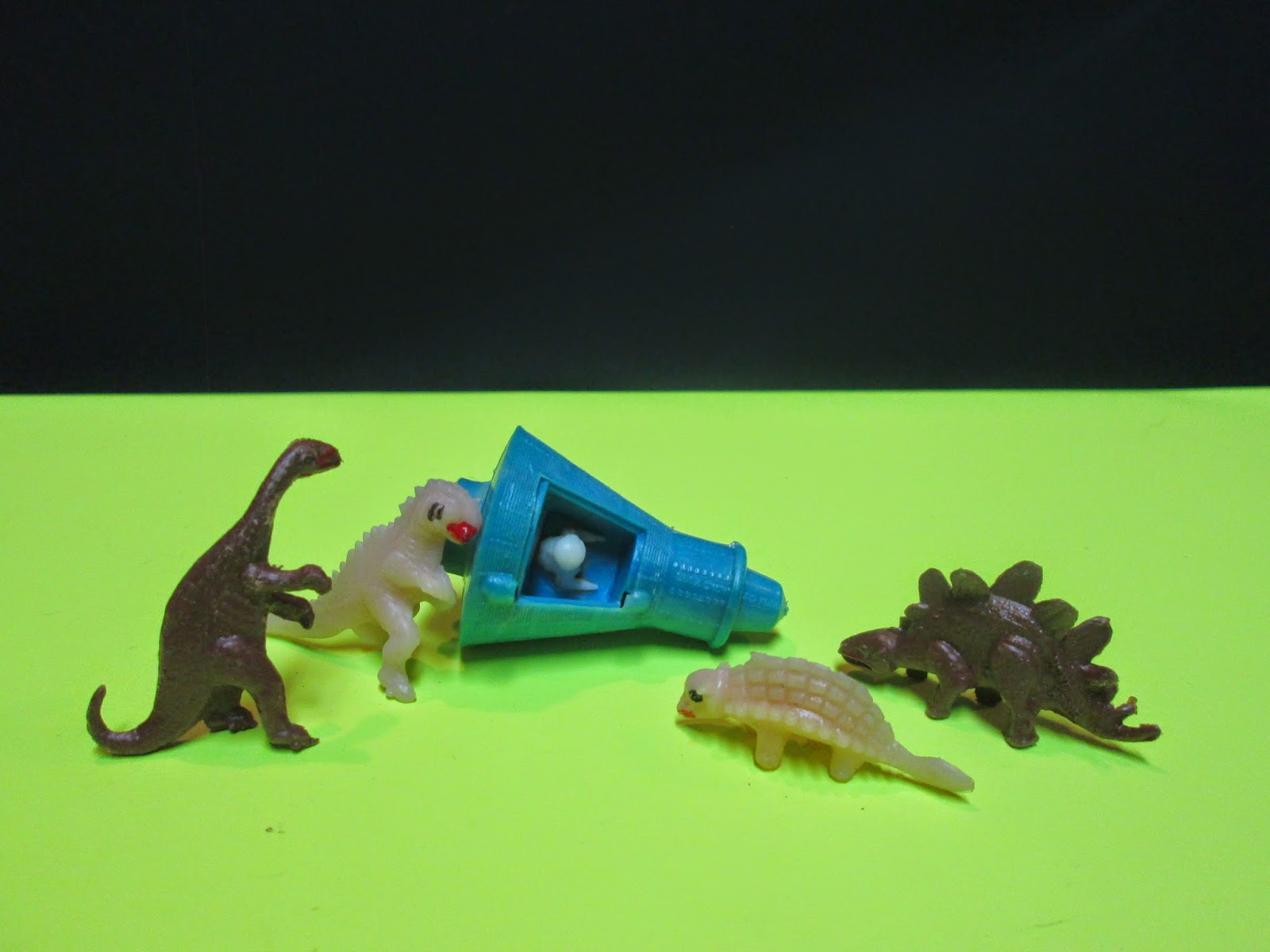 "Mission Control, we are now being investigated by much cheaper-looking dinos." 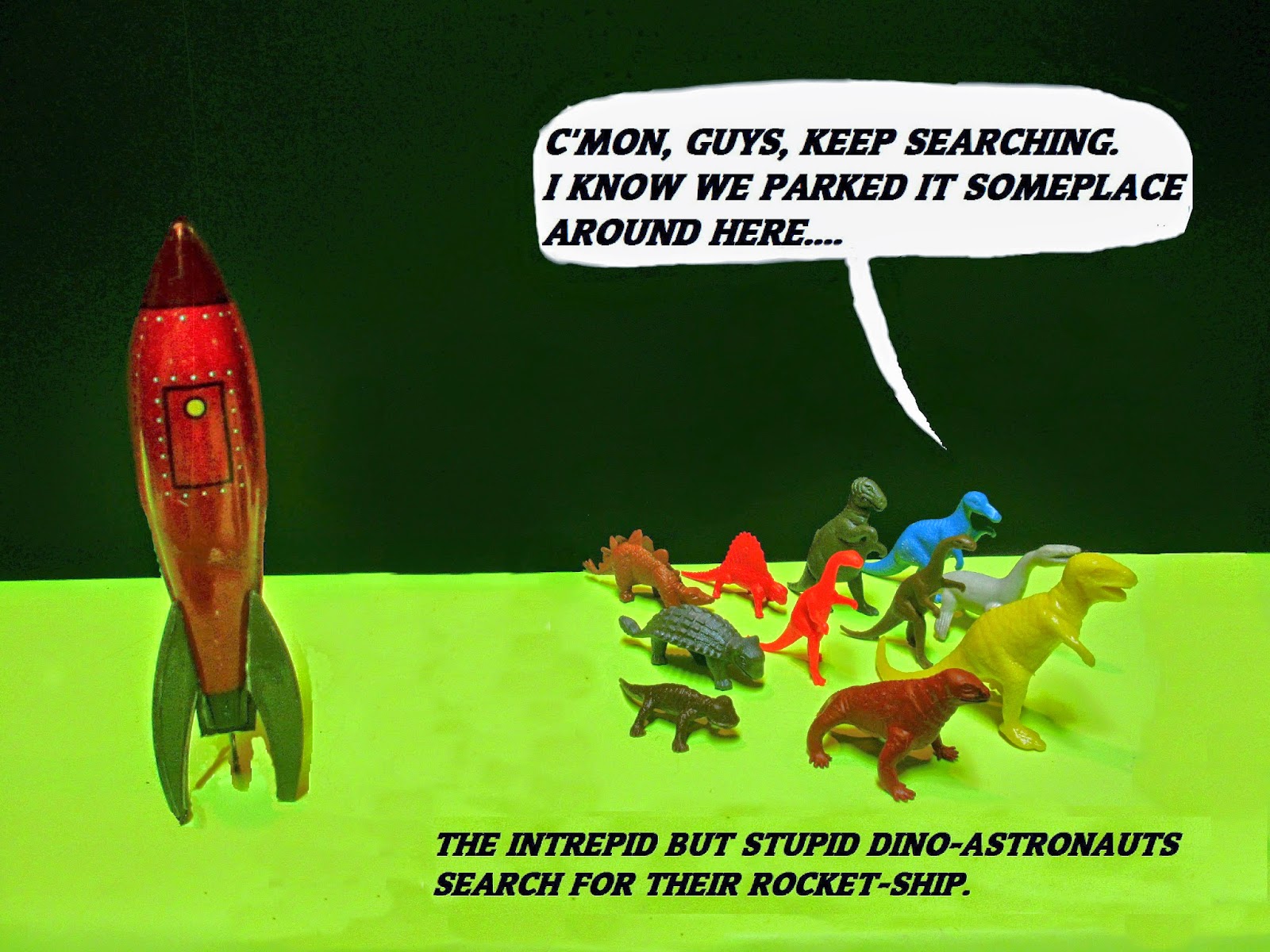 Another great moment in space-dino smarts.