The Vanishing Secret Service Agent, and other spooky Halloween tales 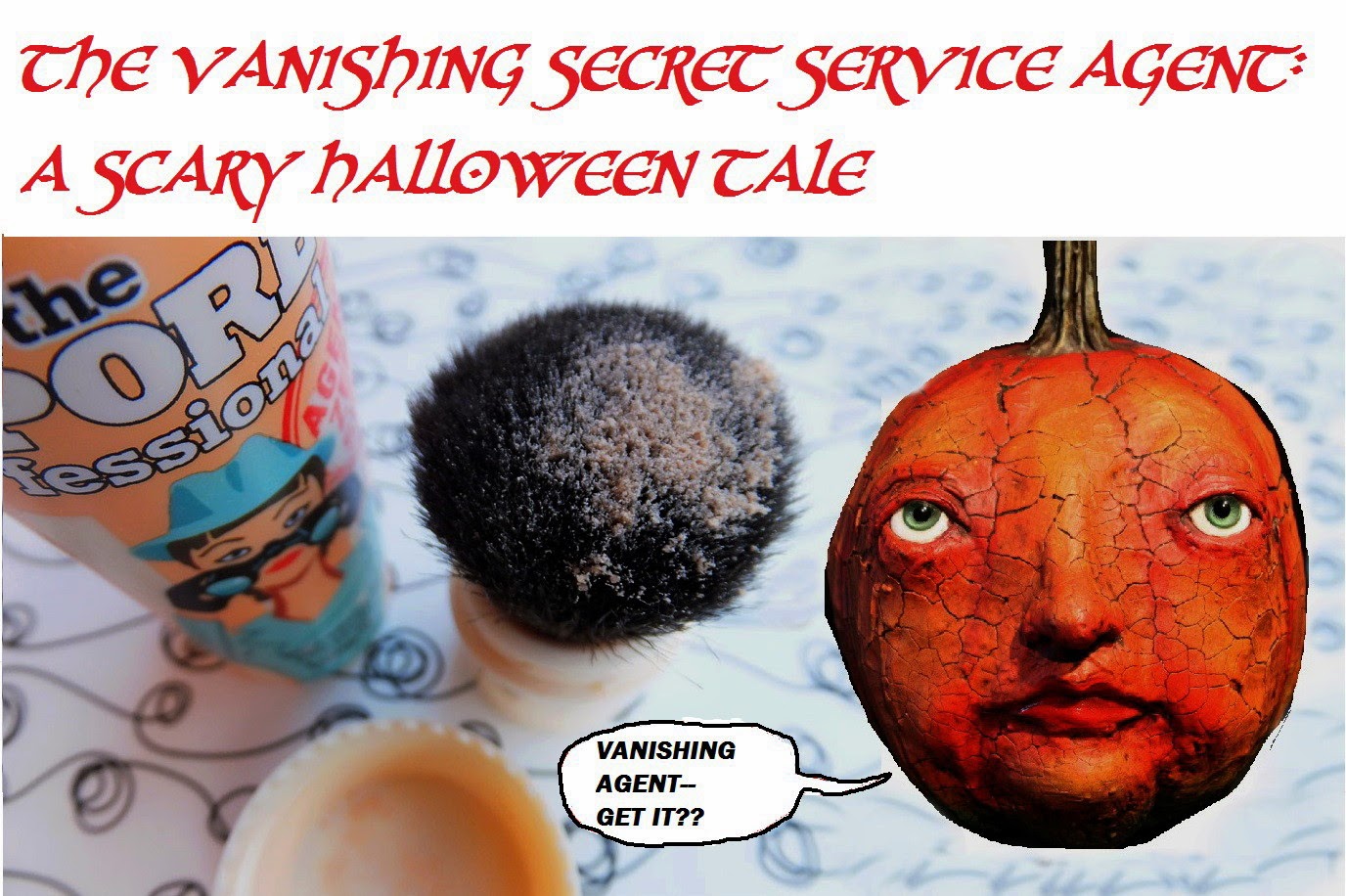 Gather near, children, and I'll tell you the ever-evolving tale of The Vanishing Secret Service Agent.

By now, you have surely heard the White House intruder story in one of its many versions, possibly at work, at school, around the campfire, from a collection of Halloween legends, or on yesterday and today's nightly news.  A man, armed with a knife, hopped the fence and got into the White House, overpowered a female agent, then enjoyed a free tour of the premises until an off-duty male agent tackled him.

Actually, the original, false story (i.e., lie), provided by SS director (and last year's Ms. Personality Award winner) Julia S. Pierson, had the intruder getting tackled first thing by on-the-ball agents.  (Or was it a single agent?  I can't remember.)  Slower than a zombie can grunt The Midnight Ride of Paul Revere, the story as reported was revised in a manner allegedly consistent with what actually happened.

That true report had people stunned and outraged  Then, before a ghoul can smack his lips, the new, truth-revised story changed.  "Overpowered" became "pushed."  "Female agent" became "agent."

Then, quicker than a werewolf can jump a balcony, "agent" became... no agent.  No mention of any agent inside the door.  Gone.  Vanished.

So, where had he/she/it gone?  Had the agent ever existed?

Will the door go next?  Perhaps the door was someplace else when the intruder showed up--in a shop, say, for historic restoration.  Maybe only an empty doorway remained, with a sign next to it, reading, "INTRUDERS--ENTER HERE," with arrows pointing to the opening.

Will that sign, before a bat can change into a vampire, have joined the female agent, the female agent's gender, and the door in the realm of things that don't exist?  Will the entire wall be next?  Then the lawn, square inch by square inch?