Have I lost my mind?  Yes.  With that matter addressed, let us proceed....

Here are some of the dorkiest dinos from my collection, here to start our Halloween dinosaur survey.  No insult implied--I love these guys with a special passion.  They dare to be different, to be mutant, to be... dorky.  I identify with dorks, despite the fact that I'm, um, so cool.

I rush-composed some dorky-dino music for the occasion, using Noteworthy Composer software and my Casio WK-3800.  It's called, appropriately (and dorikly) enough, "Dorky Dinos."

We start with a Space Postcard (more on these later) featuting three dorky dinos, two ant people, a griffin (gargoyle?), and a green Medusa turned the wrong way (out of courtesy).  The back of the card doesn't tell us what planet this was posed on, but it appears to have a surface composed of yellow construction paper: 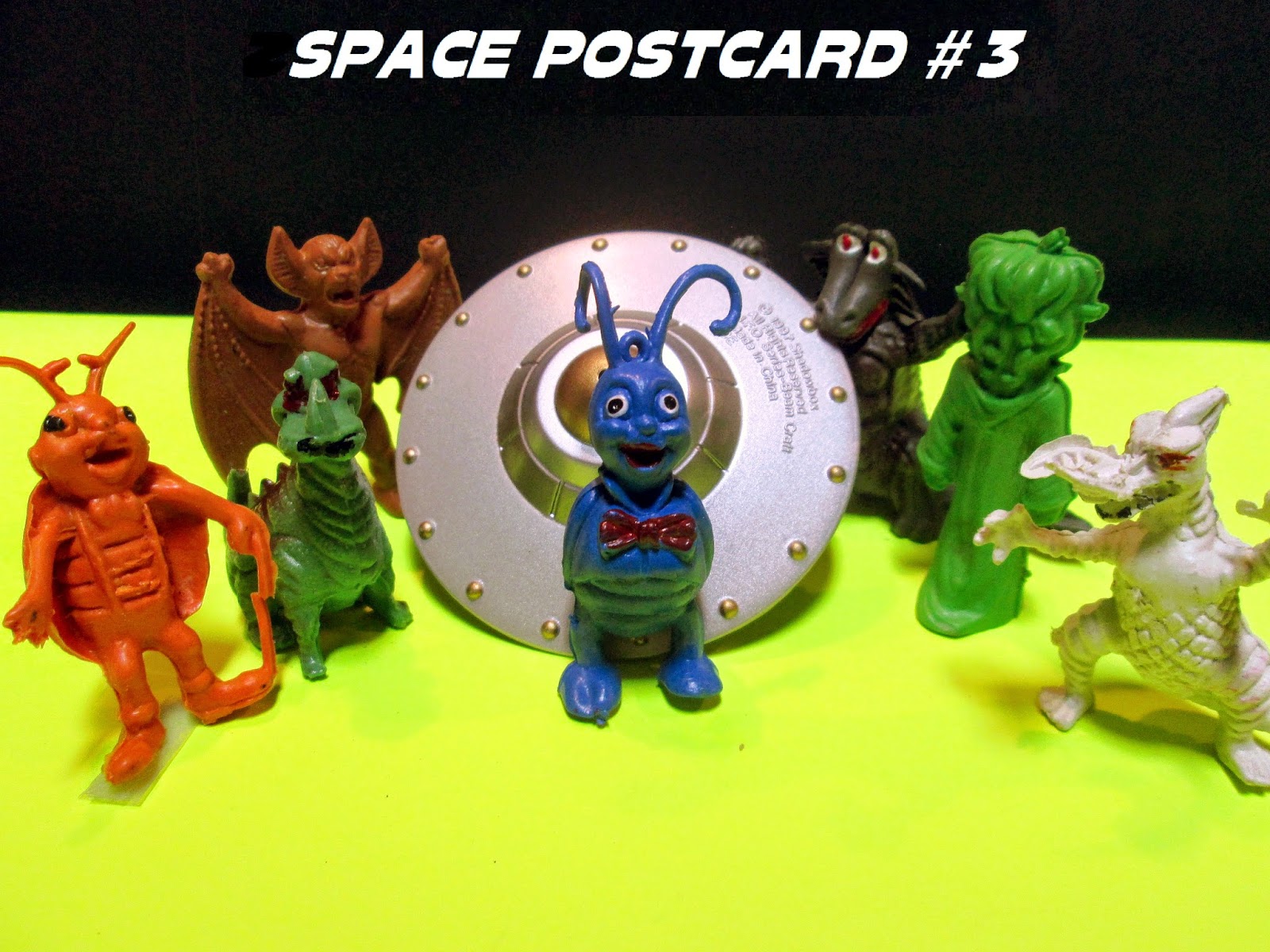 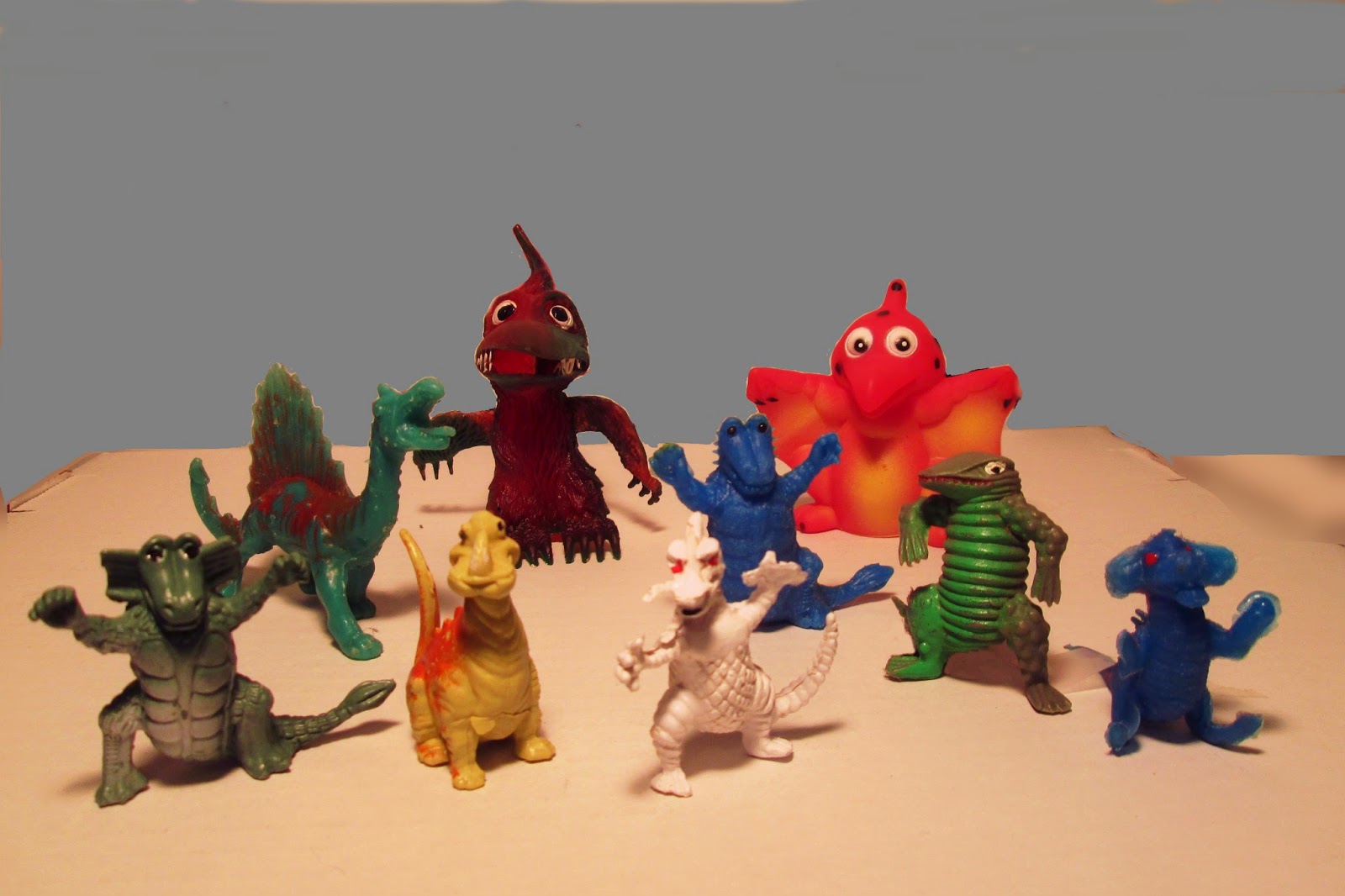 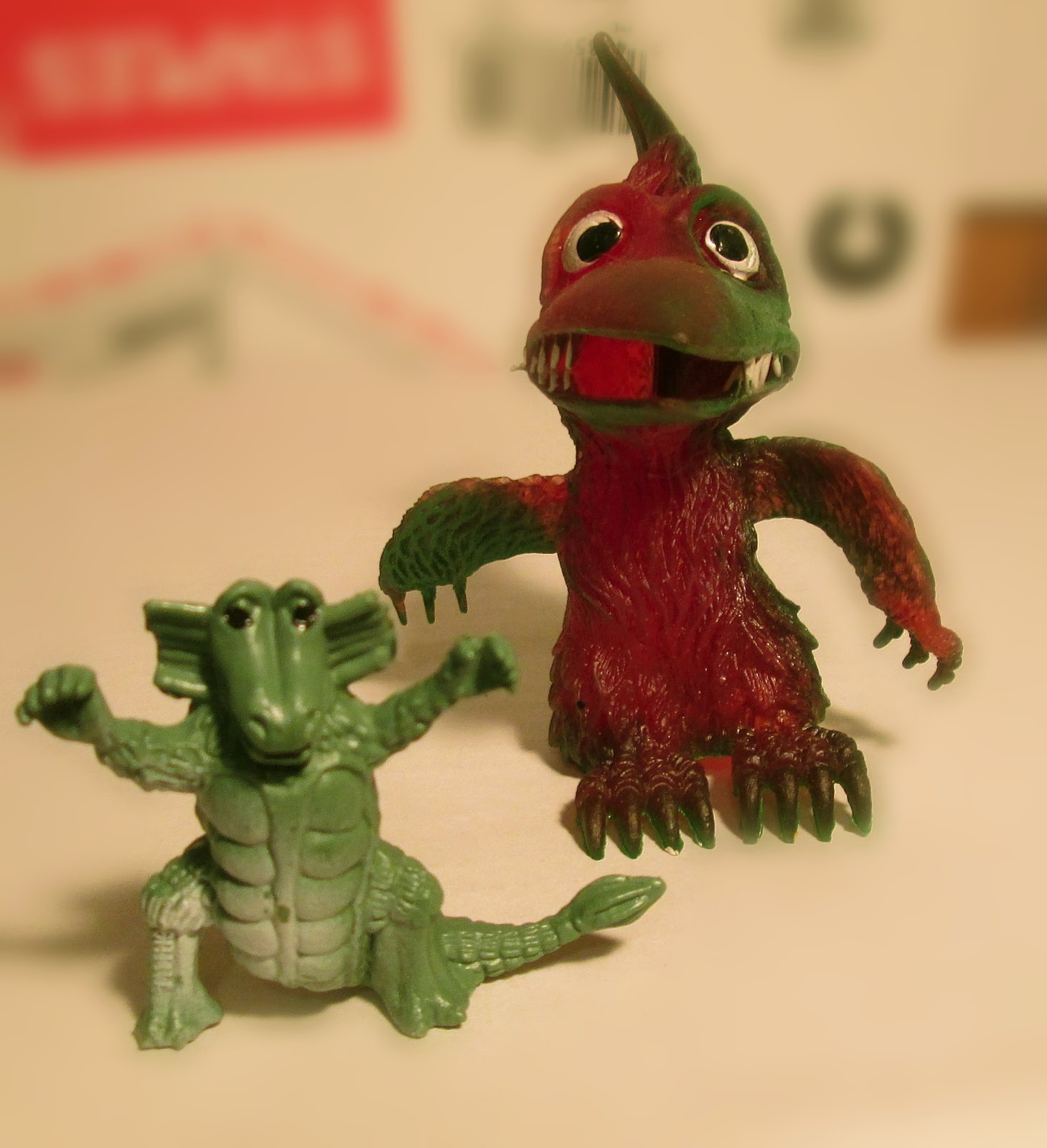 Dorky as heck, too, are the following four fake Godzillas.  But do they look as if they give a fossilized dino stool what you or I think?  Of course they don't: 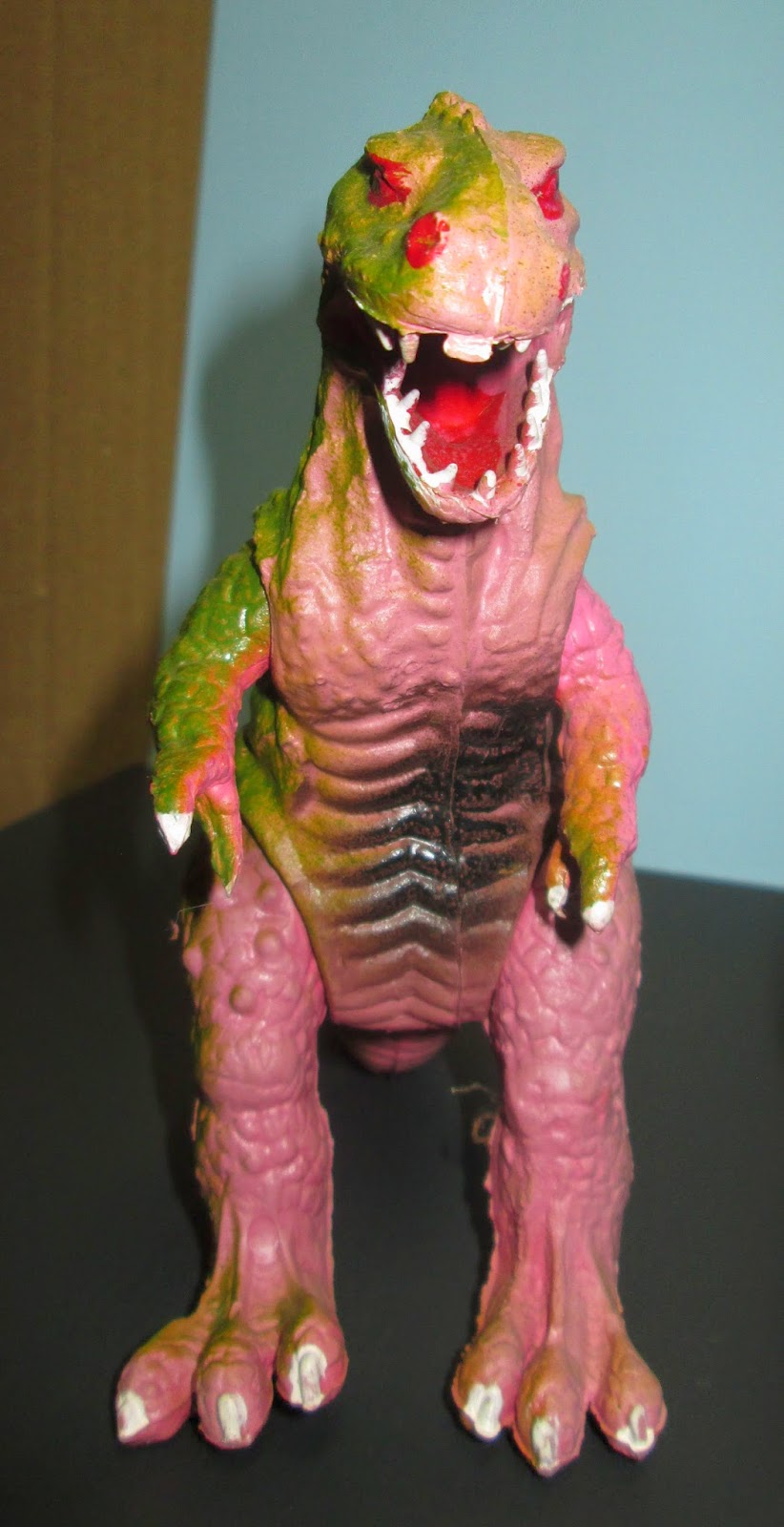 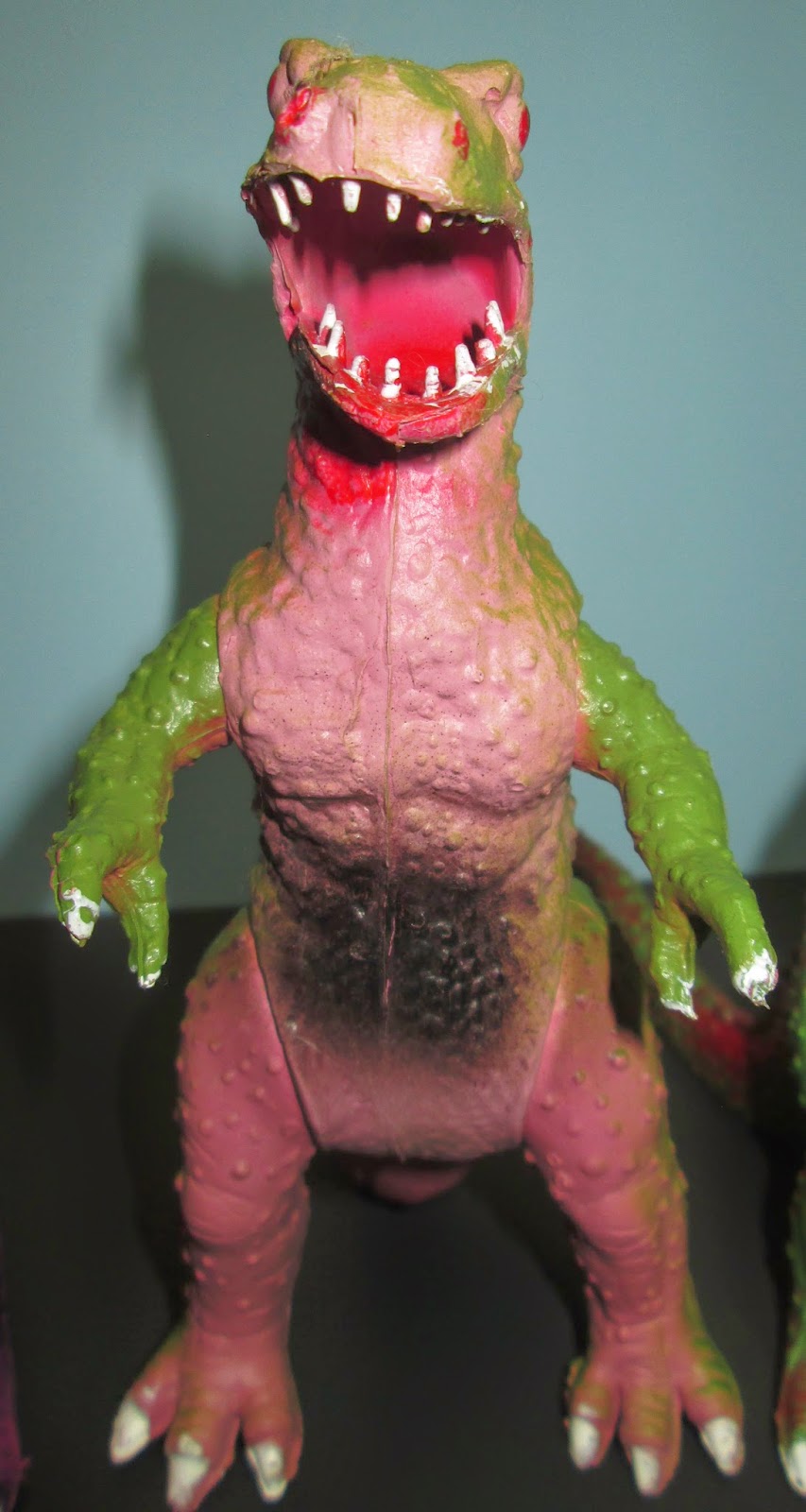 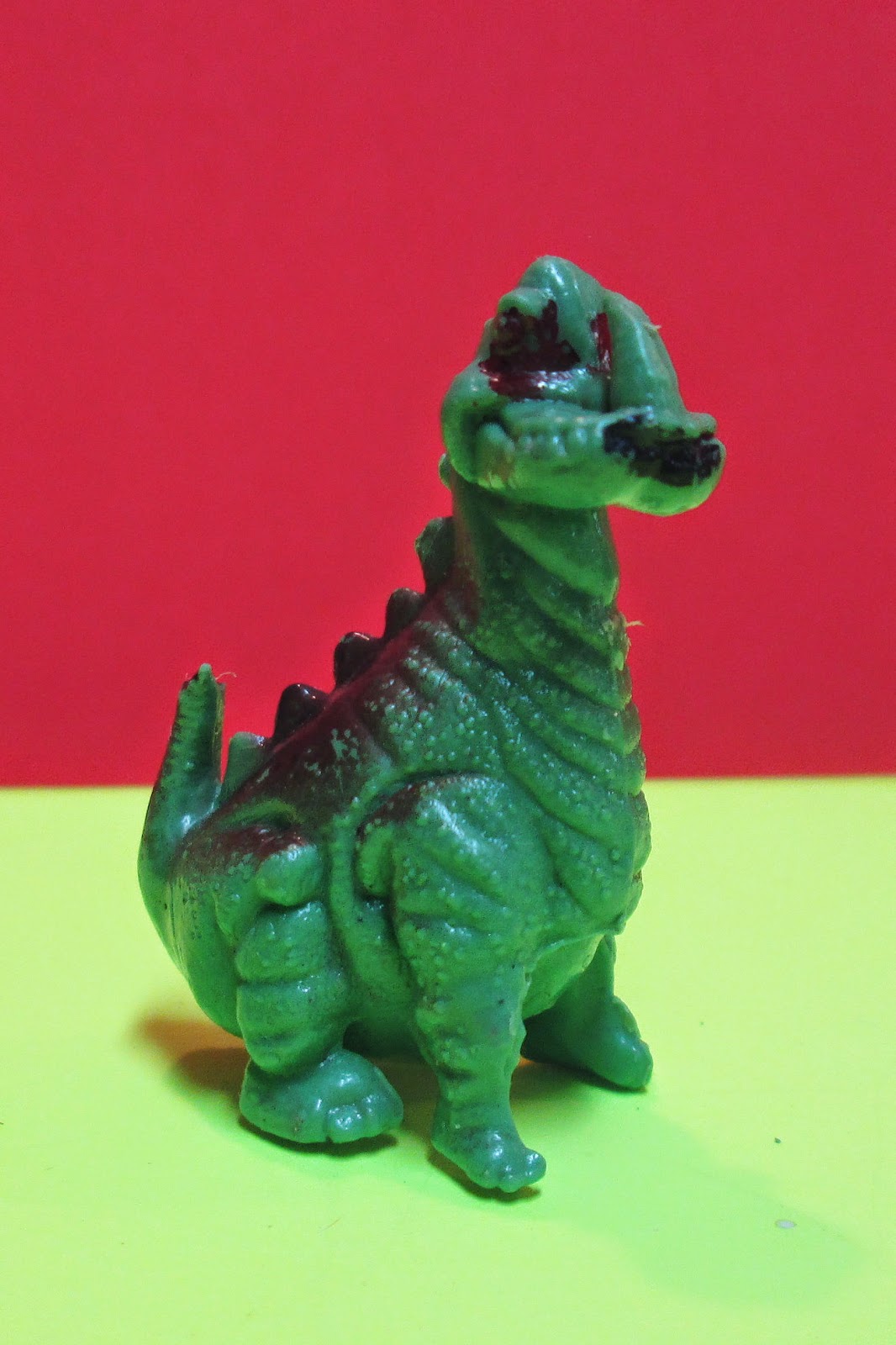 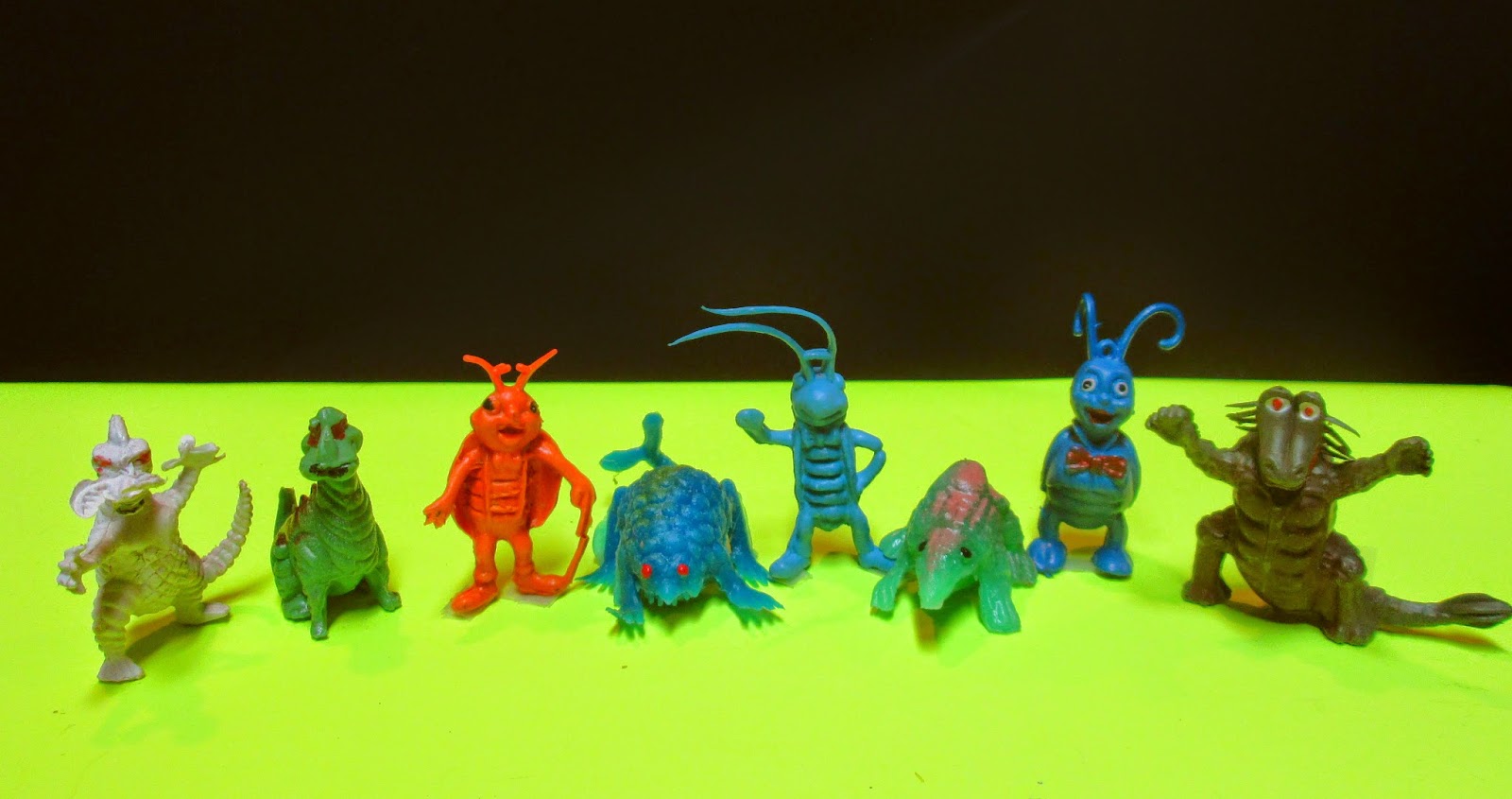 Next up, a pair of incredibly chintzy Godzilla knock-offs gaze in dino-confusion at three dorky ant people guarding a cap-gun spaceship.  This is one of those only-at-MY(P)WHAE images: 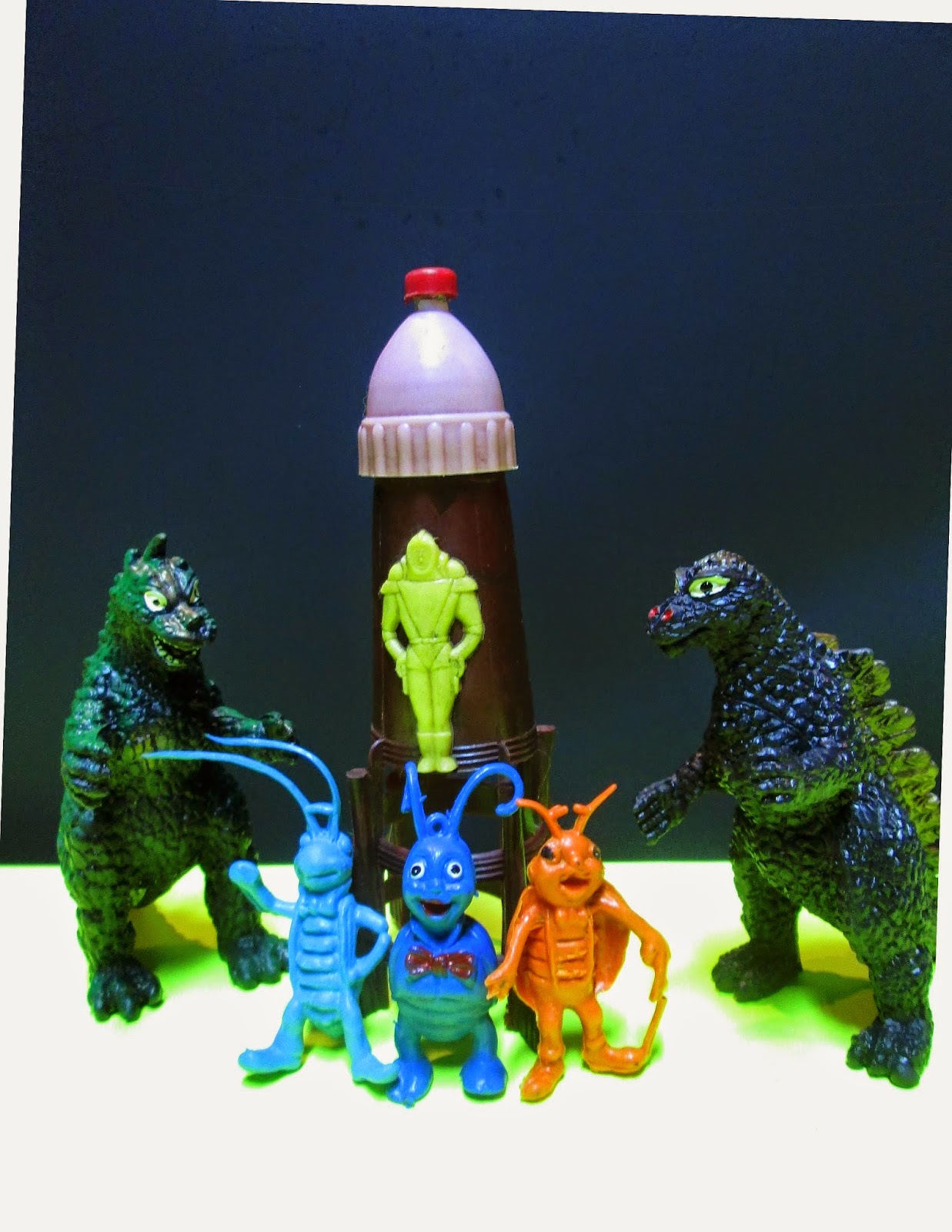 And we close with some dorky dino fossils: 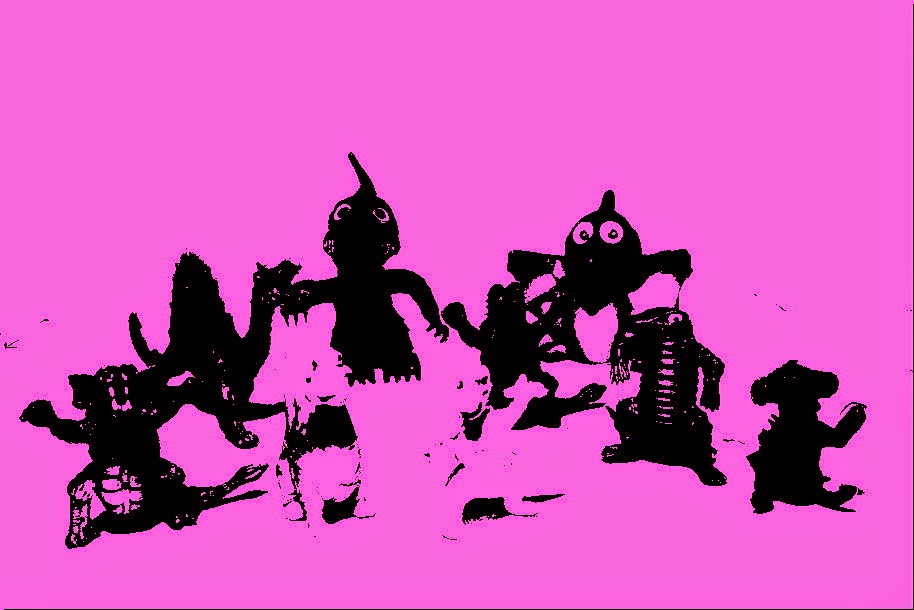 Posted by Lee Hartsfeld at 1:39 AM