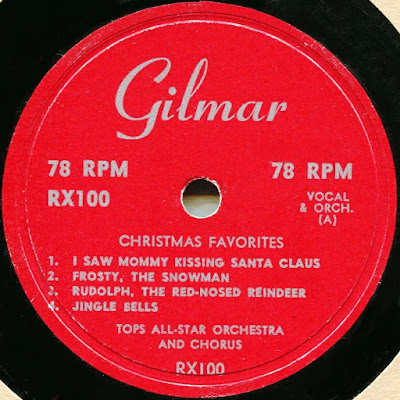 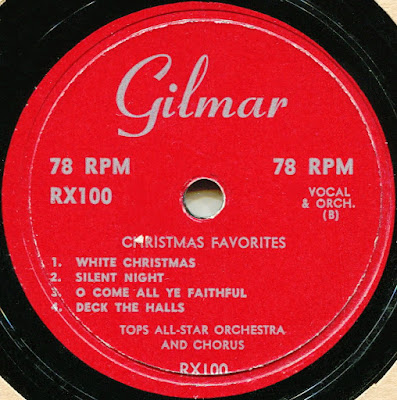 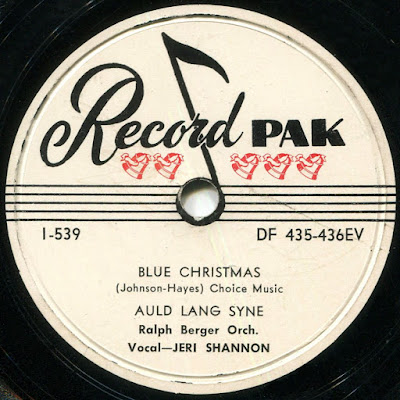 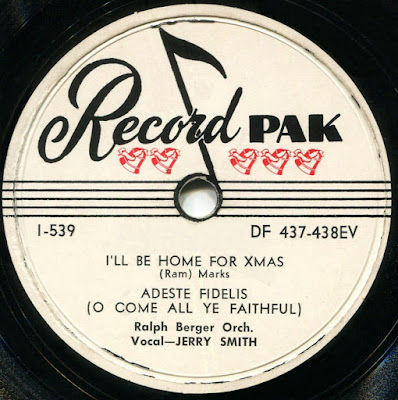 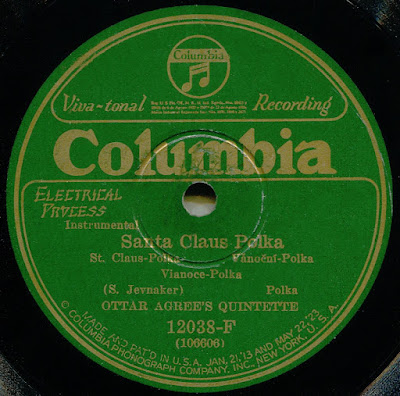 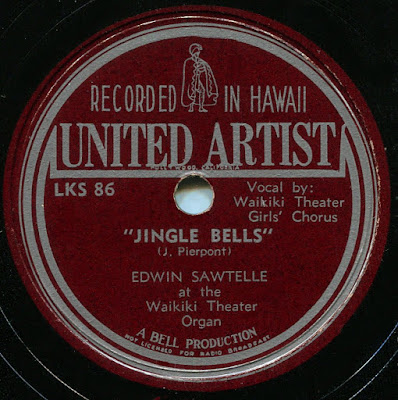 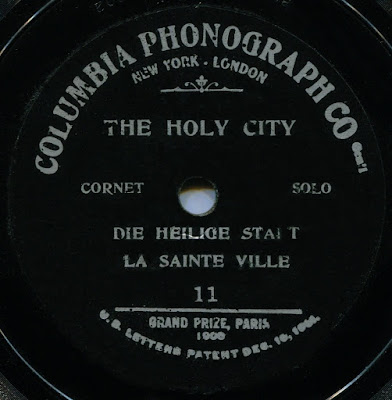 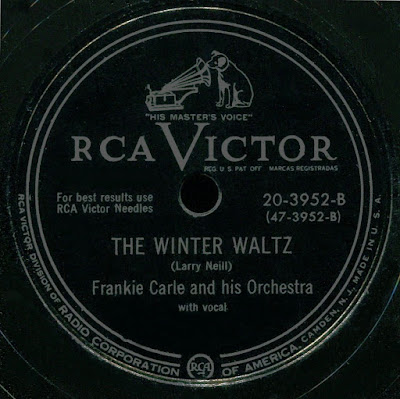 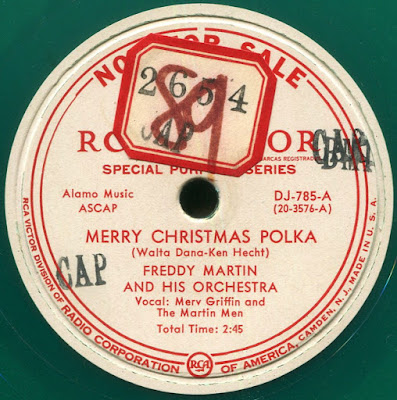 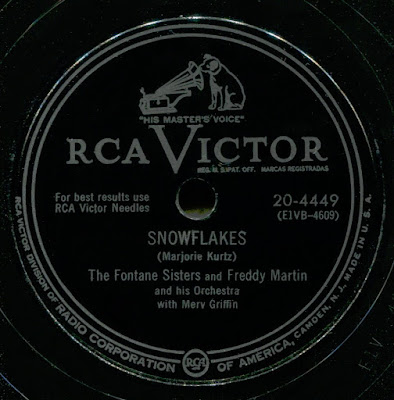 Chester W. Smith's 1901 cornet solo version of The Holy City (still a popular Christmas concert number) was a fun find (from way back), though the 1901 fidelity is very... 1901.  My copy had a lot of plays, but I was still able to coax the piano and cornet out of the grooves.  Oddly enough, the Online Discographical Project credits the cornet to one W.S. Mygrant.  Don't ask me.

Two helpings of Merv Griffin, with 1949's Merry Christmas Polka, apparently a cover of the version by The Andrews Sisters and Guy Lombardo (Frankie Yankovic recorded it in 1951), and Snowflakes, with The Fontane Sisters and Freddy Martin's Orchestra (1951).  The Gilmar Christmas Favorites 78 is clearly a reissued Tops label release (big clue: "Tops All-Star Orchestra and Chorus"), complete with not-so-good fidelity (I think the tracks are reissues of reissues of reissues).  The Record Pak Christmas EP is cheap-label fun that sounds way better in this present rip than any of my previous tries.  The Ottar Agree Quinette's Santa Claus Polka, from 1926, sounds very 1926--and very polka.  Very polka-1926, we might say.  I just now found it listed in an ethnic discography at Google Books, and the discography confirms the year, which I had figured out using the matrix number.

The United Artist label is actually the Bell label--or a subsidiary thereof, and all I know about Bell is that it was a Hawaiian label.  Not the famous Bell label.  Organist Edwin Sawtelle was a Waikiki Theater fixture (if you want to Google-search him, use both spellings of theater--"-er" and "-re"), as was the Waikiki Theater's Girls' Chorus.  This one's for Diane!  I would have included the flip, but it was badly worn, so I passed.  Frankie Carle and His Orchestra's The Winter Waltz is nothing other than Émile Waldteufel's 1882 Les Patineurs Waltz, aka The Skaters' Waltz, with words added.  The label says, "with vocal," but we get a good-sized sing-along chorus.  So why not "with vocal chorus"?  Maybe someone accidentally left off the "chorus" part.  It's always fun to hear pre-Mitch Miller sing-along sides.  There are many out there.

Nice collection of shellac here, Lee! I just picked up a Bell 10" LP with early Apaka stuff this weekend. That Hawaiian stuff is cool, and I'm sure this selection is no different. Thanks!

(Gill, I accidentally deleted your comment--I'm pasting the text below. Thanks for the nice words!--Lee)

Wow I can't wait to "spin" these up. Merry Christmas & Be Well.